I want you to take a moment and envision your favorite dessert. It can be cake, brownies, ice cream, a donut, whatever. Now imagine eating said dessert after a long day of work or school. How are you feeling afterward? Satisfied? Refreshed? Awesome, have another serving. How are you feeling now? Okay, let’s go back for thirds, and now a fourth, and how about a fifth. At this point, you’re probably sick to your stomach, and it’s gonna be a long time until you want to eat that dessert again.

That’s how I felt while playing Another Eden: The Cat Beyond Time and Space. To be blunt, the game is junk food. Yeah, it’s good junk food, but it’s also incredibly repetitive, and by the end of my time with the game, I felt a bit ill and just wanted to eat a salad.

Another Eden is a mobile, single-player RPG that’s recently been ported to PC, and as a mobile game, it’s got a lot of the negative kinds of trappings you’d expect from the platform. Timers, extreme grinding, loot boxes, all sorts of icky stuff that should warrant you to stay as far away from the game as possible…it’s just a shame that the game is fun to play.

Another Eden might have originally been designed for a more casual audience, but that doesn’t mean there isn’t a lot to like. The anime art style is visually appealing, the music is fantastic, the story, while it won’t be setting the world on fire, is well-written, and the combat is fun.

Combat works like most turn-based RPGs, but with one very fun twist. You go into fights with six party members, four in your front-line doing the actual fighting, and two in the reserves that are on standby and can be swapped in at any time. Characters that are moved onto the front-line either buff your party or debuff enemies and characters in the reserve will regain health and mana for every turn they’re out of combat. This small twist to the standard RPG formula makes combat a lot more fun and mentally engaging, especially during the game’s excellent boss fights, where you need to continuously swap out teammates for strategic healing and buffs.

Unfortunately, this is where the more mobile aspects of the game start to rear their ugly heads. Combat is challenging, like really challenging, like to the point where you’re not gonna win most fights unless you do some serious grinding and add high-level characters to your team. You acquire new teammates by spending Chronos Stones (the game’s currency), and this lets you spin a wheel to determine who’ll be joining your party, and what rarity they’ll be. Each character is sorted by star level, with basic characters having three stars, and the more powerful having four or five stars.

If you want to have the best team possible, then you need characters with a higher star level. That makes sense, but this causes you to view your party as nothing more than numbers and stats, and you’re heavily encouraged to play with the characters that have the best star levels, and not the ones you like. This is unfortunate because there are lots of really cool characters in the game I wanted on my team but was discouraged from using since they were statistically inferior. I wanted to go through the entire game with Riica, my awesome robot healer, but I had to switch her out with the much less interesting Pom when I saw that she had one extra star and thus automatically had access to better abilities and stats (some characters can have their star levels raised, but it requires a lot of time and resources).

This also messes with the game’s narrative in a minor yet annoying way. The story follows the perspective of a handful of main characters, but you don’t even need to use them during gameplay since they all have low star levels. It’s entirely possible to have the main cast make a grand speech about giving it their all in this next battle, only to have them disappear and be replaced by a bunch of randoms who’ve only spoken three lines of dialogue the entire game.

Another unfortunate aspect of summoning new characters is that each one starts at level one, regardless of their star rating. So if you have a level 40 three-star character and you suddenly roll a level 1 five-star, you’ll need to devote a good chunk of time leveling up your fancy new character to have them be strong enough to replace your three-star in combat. Thankfully there are several high-level dungeons where you can train up new characters, but you have a finite amount of tickets you can use each day to access these areas.

I was also surprised by how little variety there is in the game. I hope you like combat–besides going through the admittedly entertaining story and its side quests, that’s all there is to do in Another Eden. The combat is still a lot of fun, but this is a game that’s designed to be played in short bursts, as playing for long hours can quickly become tedious and repetitive.

Ultimately I’m left feeling conflicted on whether I should recommend this game or not. On one hand, the combat is way more fun than it has any right to be, and the story is light and breezy. On the other hand, this game expects a ridiculous amount of time invested to level up your characters, and you can get stuck with a really bad team if the RNG is stingy with its four- and five-star characters. Thankfully, you can go through the game without having to spend any money (the microtransactions in this game are thankfully not very aggressive), but playing for free is gonna require a ton of time to grind levels and resources, and ultimately, time is not something a ton of people want to waste.

In short, if you enjoy the grind, and like seeing numbers and stats go up on the screen, you could do a whole lot worse than Another Eden. It’s one of the better casual RPGs on the market, and I’d recommend you play this on mobile instead of on PC since you can play the game in short bursts on the go. However, if you want a game that’ll respect your time and has a bit more variety, you should probably look elsewhere. 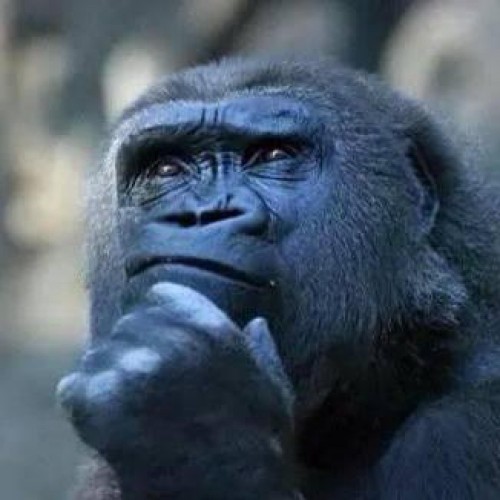 The world of gaming is made up of many...
News

When someone mentions the wild west, most would think...
News

Mobile gaming is becoming increasingly popular, with an estimated...
Review: Another Eden The Cat Beyond Time and SpaceAnother Eden: The Cat Beyond Time and Space is a single-player RPG that can be a ton of fun in short bursts, but the repetition can very quickly wear you down, and the game requires a ridiculous amount of grinding to advance through the story. </br> + Excellent combat. </br> + Great music. </br> + Cool character designs. </br> + Simple but entertaining story.</br> - Very repetitive.</br> - Lots of grinding </br> - Little attachment to characters in your party </br> - Enjoyment of game and ease of play is heavily dependent on RNG </br> </br> (Reviewed on PC using Steam. The game is currently available on PC and mobile).