So, The reason this took so long to write was because of a few things that I’ll address during the review itself, but the main reason as of now was figuring out how best to put down how I felt about this game without crossing into AVGN levels of profane territory.

So, let’s discuss BIPED. This is a unique game by NEXT Studio that features bipedal robots with just two legs that double as arms to grab stuff and open chests. Cool concept aside, is this game good? Let’s find out!

So the story goes as such. The beacons responsible for ensure safe travel across the galaxy. A Biped with Blue eyes named Aku and one with Pink Eyes named Sila (In Co-Op mode) are sent to a apocalyptic-like Earth devoid of human life to reactivate the 7 beacons and restore order to the planet and wider galaxy, while some corrupted Bipeds try to stop our heroic Biped starting in Rainy Ruins. That’s about as far as I got before rage-quitting for reasons I’ll elaborate on shortly.

In the end, order is inevitably restored, and they head off to restore light to other lost planets.

Simple, and yet effective. That’s about the only thing I can use to describe the story.

Now, if you were expecting this game to utilize the ABXY buttons like every other game out there, you’re in for a rude as heck awakening. This game is controlled purely via the control sticks.

You know how difficult it is to get this control scheme in particular to work aside from Super Monkey Ball?! I mean HOLY HECK. Instead of holding the joystick(s) forward like in the previously-mentioned Super Monkey Ball games – In which even Banana Blitz had that right – you ROTATE the control sticks in alternating circles to move and walk the Biped. Eventually, surfaces you can slide on are introduced as soon as the tutorial finishes. Isn’t that fantastic /s Oh, you can also collect coins and stars to unlock cosmetics and extra stuff.

Dense Forest and Cactus Valley are nothing special. They serve to introduce you to the Sliding mechanic. You execute this maneuver by holding down the joysticks in the direction you want to slide/skate in. They’re alright levels Rainy Ruins, on the other hand. . .

The image above that starts this section is where I lost all my sanity and rage-quit. The end of Rainy Ruins in single-player has you deal with an evil Biped trying to stop you from rescuing a trapped Biped. The goal is make sure there’s two feet on there at all times, otherwise the platform will shrink in on itself and disappear, sending your Biped into the abyss. Sound simple enough, right?

Here’s the issue: The evil Biped on the side you need to get to is telling you to put your leg down and then lift it up at various intervals. Simple enough?! Well, the trick is to do the opposite of what it does at the exact same time – not a second sooner or later, or the platform room you have to work with will shrink and eventually disappear. Fail enough times on that, and a B button prompt will appear to back you out of the tip to get you through this segment, and every time you fall, that tip annoyingly reappears.

I spent 2-3 days trying to get past Rainy Ruins, but eventually lost my patience and rage-quit. Not having anyone nearby that’s into this sort of game is also frustrating for me.

And even when you get a partner to play along, it’s through the two Joycon controllers with the switch in Tabletop mode. I feel a wi-fi option would help alleviate the frustration to an extent, but there’s always the sequel for that, I guess.

Also, contrary to what Nintendo Life said in their review, there’s no ability play the levels in any order. There’s a set order in which the levels need to be played.

I will give the game trying to be unique in terms of cute visuals and control mechanics. I wanted to really enjoy this. I really did. However, if stuff like Rainy Ruins’ end segment are to be found further in the game, then I recommend skipping this unless you know or live with someone who is as good as you are at video games. 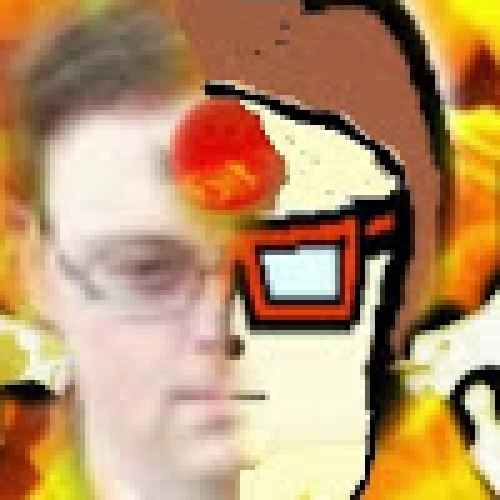 Bryan Applegate
I am a game reviewer who also loves theatre acting. My email for sending review codes is Brytendo094@gmail.com
Previous articleReview: Chess Knights: Viking Lands
Next articleReview: One Escape

Revenge is a dish best served cold.
BIPED (Nintendo Switch) Review - UPDATEDOverall, BIPED is a mixed bag. I recommend approaching this with caution, unless you like challenging games that test your patience and timing. Reviewed on Nintendo Switch, also available for PC, PS4, and Xbox One.