There was something very special about watching the original Dark Crystal film in the cinema growing up for it was unlike anything I had seen before, dark and fierce in a way that stuck with me ever since. To then learn that Netflix was going to be producing a brand-new full Television series for Dark Crystal set before the film immediately got my attention and the show was incredible in the story telling and the world it brought to life. So, when it was announced that a video game was set to be made based on the new Netflix show, well it also grabbed my attention. Sadly, the experience did not continue to be a positive one!

The flipside of being able to say that Im old enough to remember seeing the original film in the cinema on its release, is that I also remember what the 80s and early 90s were like for the cash in quick video game to TV/Film tie in attempts were, OCEAN I am looking at you. Often the games based on TV shows or films had literally no real connection to the source material and were random generic titles with the visuals made to look like the show or film. I had thought those dark and lazy days were gone and long forgotten but sadly ‘The Dark Crystals: Age of Resistance Tactics” is everything I hate about lazy cash in games and to make it worse, it barely has anything even remotely original.

The game follows the same story as the Netflix Show and attempts to tell the same narrative but using the game mechanics you would instantly recognise from XCOM or Final Fantasy Tactics. Disappointment sets in as soon as you start a new game as story board cinematics introduce you to the world of the Dark Crystal and this was my first warning sign. The story boards have a comic book art style for some reason with bright and vibrant colours looking nothing like the tv show visuals at all. If that was not jarring enough, the narration is done via text boxes showing how little effort was put into the design of the story telling for the game and sticking with it throughout. It just looks like and gives the presentation a real mobile game look rather than a game for console and PC. 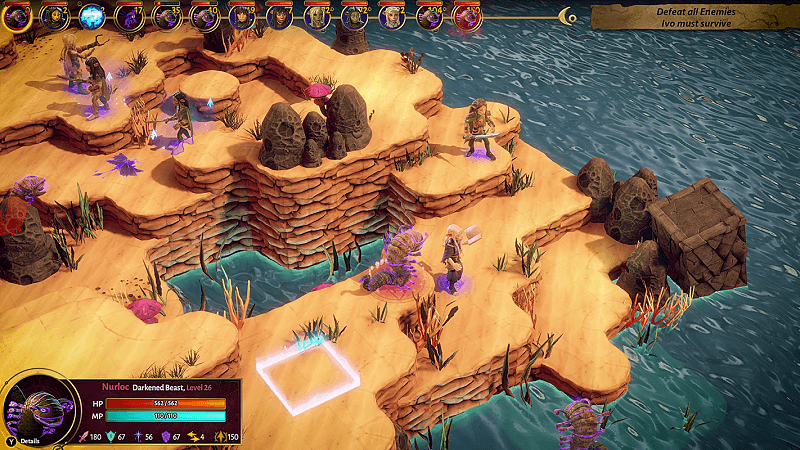 Once in the game and you can just see ideas and systems used in other games just copied and used for this game and my experience with XCOM allowed me to get stuck in right away with the controls and gameplay which is still very basic as in you have to move the members of your party of Gelfings, around the map area to position them near or away enemies in order to attack or defend. The sad thing is that combat just feels devoid of any of the creativity of the show and always comes down to the feeling that you have played similar games but better ones. The feeling that everything is just so half arsed never leaves you thought I will say that the RPG elements of unlocking new weapons, items and character classes does allow for some additional strategy options for the player as you progress through but the rest of the game just fails to motivate you to even bother.

That is the biggest issue with this game and if you are playing this game because you are a fan of the Netflix show its based on, all you are doing is reliving that story but in the most tedious way possible there can be to experience it. I will say this however, if you have not seen the show, do not play this game as it is full of story spoilers which come thick and fast during the comic book panel style story telling between the missions. The enjoyment of the actual TV show from the visuals, voice acting to the story telling is completely absent from this game and those are the very things that make the show must see viewing. Missions often boil down to simply moving your party from one side of the map to the other and moving them all is a chore in itself before you encounter the cumbersome combat which never offers the same thrill that it does in XCOM. 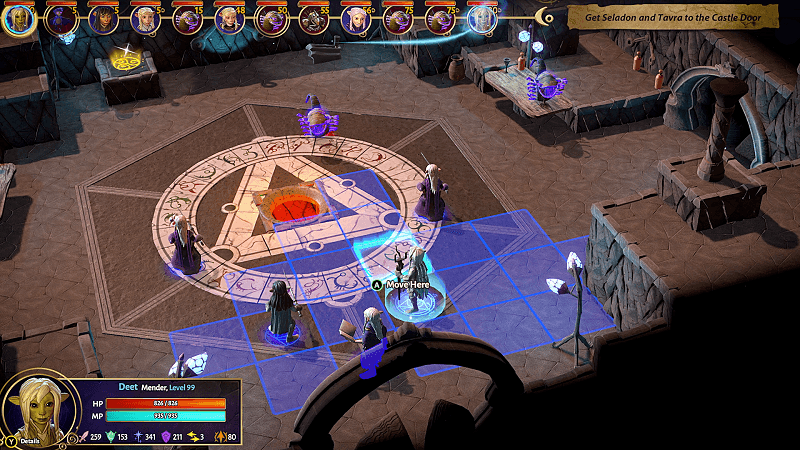 The battle between the Gelfs and Skeksis should translate into very memorable gaming moments but this title is just so hollow at its core. For the asking price of the game, I would recommend saving that and just extended your Netflix subscription for three months and continue to just watch the series again and again to enjoy it as it was intended, from the work of passionate and knowledgeable people who made it. None of that can be said of this game which feels like the cheapest form of cash in they could have come up with and it is no surprise that the same studio also produced the equally looked down on Stranger Things Season 3 video game.

Does this have any redeeming factors is the question I am left with and honestly, there just isn’t enough to make this a “go buy this now” title, even if you are a diehard fan that loves everything about Dark Crystal, this game will only push you back to watching the show instead which will still be the best way to enjoy the story. Borrowing so much from everybody else without coming up with enough refreshing or original ideas buries this game is that terrible “belongs on a mobile device” bin that quite frankly the people behind the show and original Dark Crystal story deserved to have a far better game using their work.

Avoid this game, go watch the TV series again instead.

Sean McCarthy
Freelance writer but also a Gamer, Gooner, Jedi, Whovian, Spartan, Son of Batman, Assassin and Legend. Can be found playing on PS4 and Xbox One Twitter @CockneyCharmer
Previous articleSonic races into London thanks to Snapchat and Paramount Pictures
Next articleDirector Matt Reeves Reveals the New Batsuit for ‘The Batman’ Film

Back in September 2019, the LEGO Group launched its first-ever mixed reality range called LEGO Hidden Side, here is our review of the new Jack's Beach Buggy set that just launched.
Read more