A collaboration with Weapons Van will celebrate both games’ anniversaries in style. All physical copies of the Bayonetta & Vanquish 10th Anniversary Bundle come in an embossed SteelBook featuring brand-new key art for both Bayonetta and Vanquish. 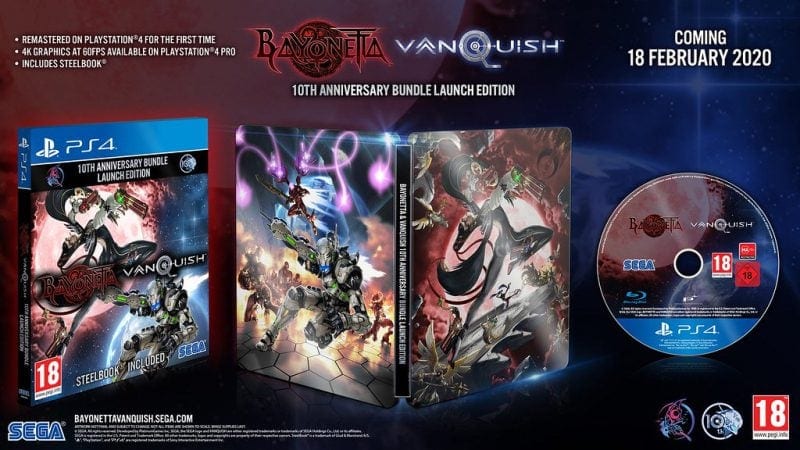 This art was created especially for the 10th anniversary by artist Dan Dussault, with supervision by Bayonetta director Hideki Kamiya, PlatinumGames, and SEGA.

Pre-orders for the Bayonetta & Vanquish 10th Anniversary Bundle for PlayStation 4 and Xbox One are available today through all major retailers.

For PlayStation 4 players who prefer to build their digital library, two themes are available for purchasing the Bayonetta & Vanquish 10th Anniversary Bundle on the PlayStation Store:

One of the most iconic, blockbuster video...
Read more
Gaming

It’s time to forge your weapon and...
Read more