It’s time for our short spoiler free review of Spider-Man: Far From Home. 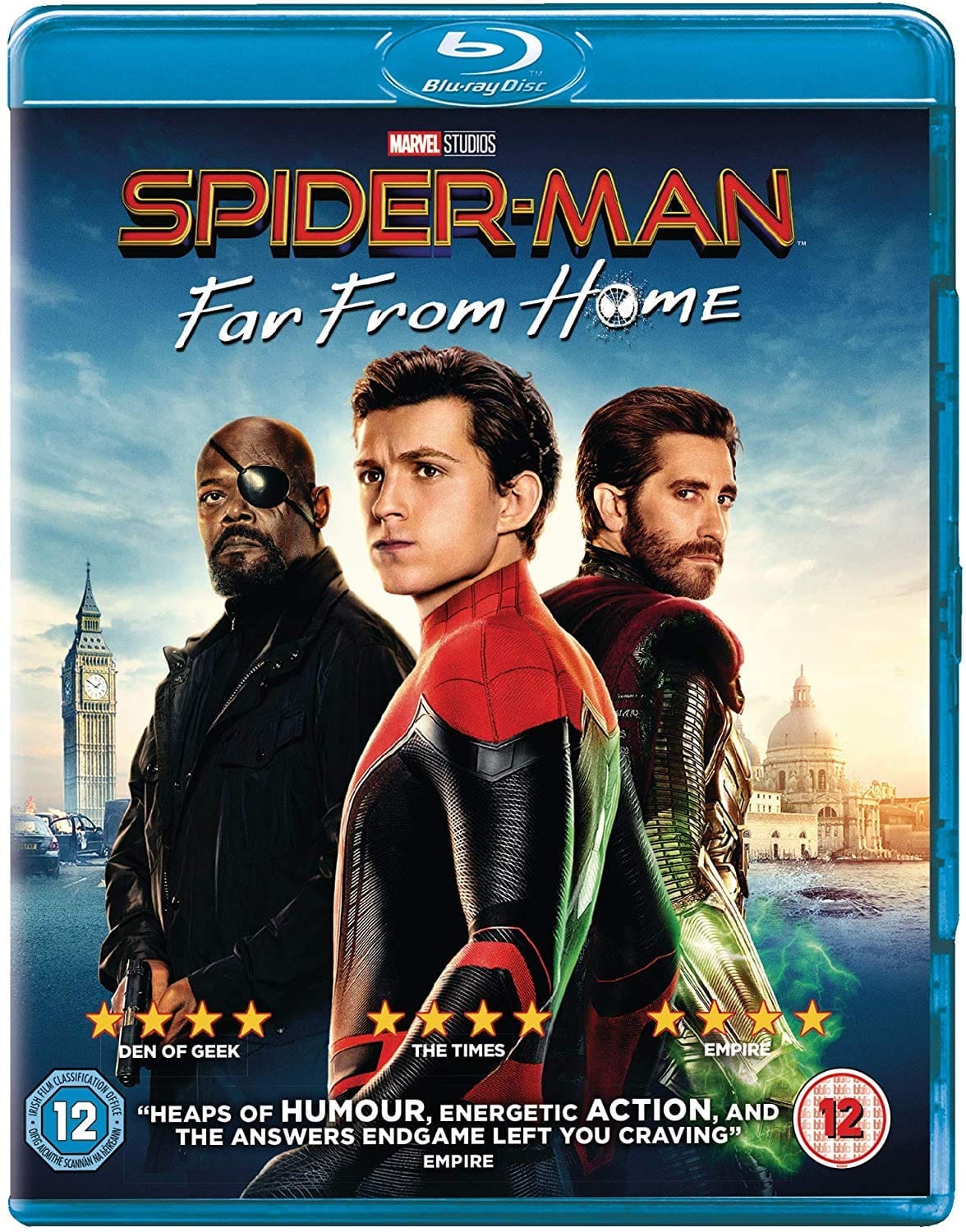 Tom Holland returns as everyone’s favorite web-slinger in SPIDER-MAN: FAR FROM HOME, the next chapter after Spider-Man: Homecoming. Our friendly neighborhood wall-crawler decides to join his best friends Ned, MJ, and the rest of the gang on a European vacation. However, Peter’s plans to leave super heroics behind for a few weeks are quickly scrapped when he begrudgingly agrees to help Nick Fury uncover the mystery of several elemental creature attacks! Spider-Man and Mysterio (Jake Gyllenhaal) join forces to fight the havoc unleashed across the continent but all is not as it seems.

The Blu-ray, DVD, Digital Download, and 4K Ultra HD release arrives filled with bonus materials for the whole family including a special short, alternate and extended scenes, gag reels and Easter Eggs! Additional special features include Teachers’ Travel Tips with Mr. Harrington and Mr. Dell and interviews with the cast and crew focused on stunts and location in The Jump Off and  Far, FAR, From Home. Explore how Spider-Man was introduced in the MCU in Stepping Up and get a closer look at the special chemistry between Jon Watts and Tom Holland in It Takes Two. Fans will want to dive into The Ginter-Riva Effect, Thank You, Mrs. Parker and Now You See Me features for more character focused details. The 4K Ultra HD also features Dolby Vision and Dolby Atmos audio.

In terms of the review, I really don’t want to say much as it’s supposed to be a spoiler free review. You really need to have seen Avengers: End Game and it would also help to have seen Captain Marvel as this movie takes place after the events of Avengers.

I really enjoyed Spider-Man: Far From Home even more than I enjoyed Homecoming. Tom Holland really has made the character his own, and he is my favourite Spider-Man, bringing that right amount of humour, vulnerability and action. And I’m really happy that Marvel and Sony have sorted their issues out because this movie really sets up the next one!

If you are Marvel fan, a Spidey fan or you just want to watch an enjoyable fun action packed movie, then Spider-Man: Far From Home is just what you are looking for.

SPIDER-MAN: FAR FROM HOME is available to own now on Digital Download, on 4K Ultra HD, Blu-ray, and DVD.

Andrew Edneyhttps://moviesgamesandtech.com
I am the owner and editor of this site. I have been interested in gadgets and tech since I was a little kid. I have also written a number of books on various tech subjects. I also blog for The Huffington Post and for FHM. And I am honoured to be a Microsoft MVP since January 2008 - again this year as an Xbox MVP.
Previous articleReview: Creative Outlier Gold Wireless In-Ear Headphones
Next articleReview: Landrover Defender – Classic Pedal Powered Car from [email protected]

With Christmas coming, you might want to look at the Star Wars: The Mandalorian The Child Plush Toy from Simba.
Read more