The first season of Titans hit the ground running, introducing us to a new spin on the classic teen crime fighting team, now older and facing a dangerous onslaught of the nastiest DC villains around. 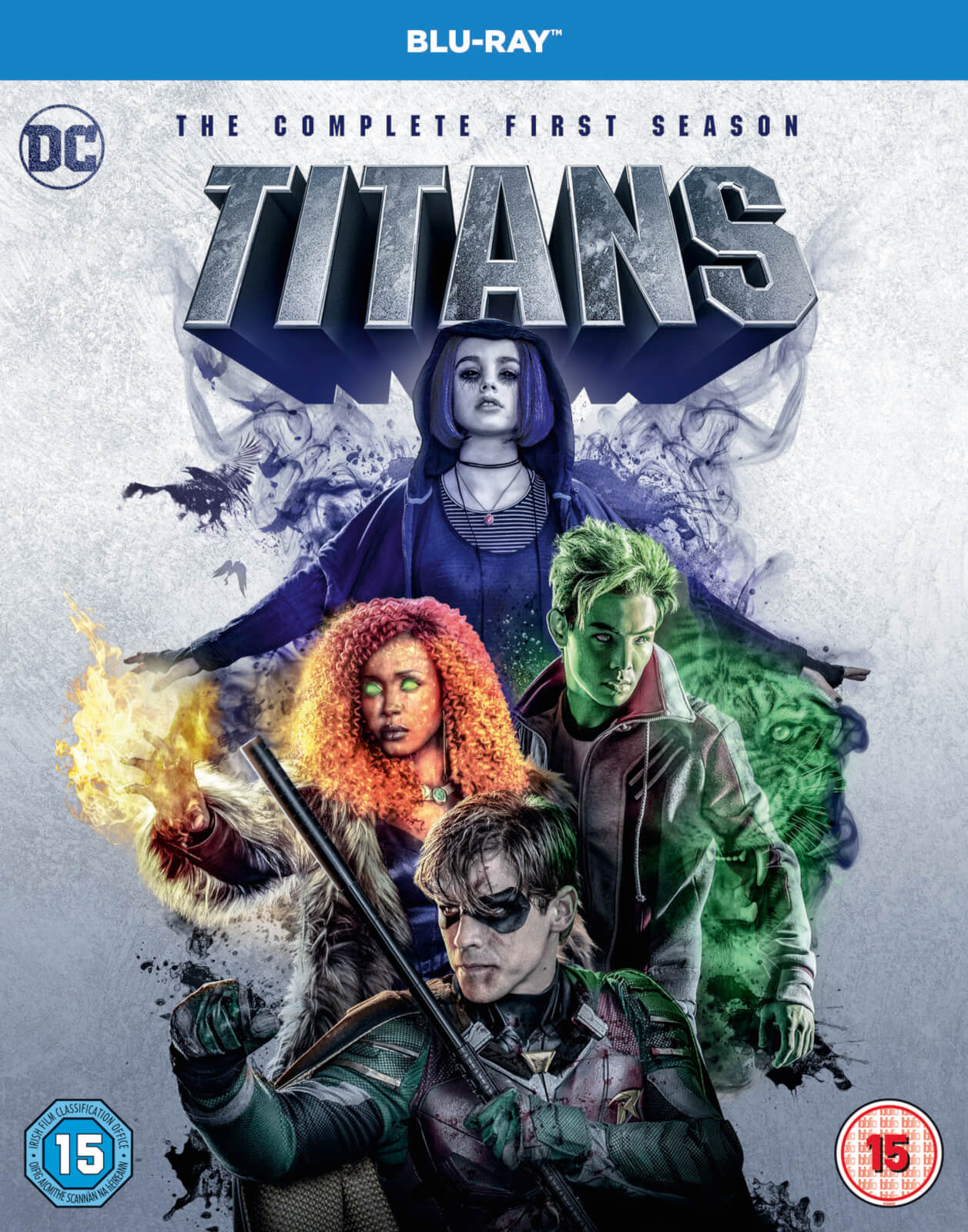 With season two underway and the first season releasing onto DVD and Blu-ray on the 14th October, we did some Titans sleuthing to get behind the scenes of the series origins to bring you seven facts about the show that you might not have known!

The green shapeshifter with the power to become any animal is an absolute fan favourite, thanks to his prankster personality and animal habits. But very few fans know his real name; Garfield ‘Gar’ Logan. Raised by the manipulative and self-obsessed Nicholas Galtry after the death of his parents at a young age, the name Beast Boy was an insult used to belittle Garfield, something which tainted his opinion of himself. To escape the grip that Galtry had over him, Beast Boy adopted the name Changeling when joining the New Teen Titans.

Raven has a really bad history with weddings

With a father who is one of the most powerful and evil beings in the DC universe, it’s no wonder Raven has a few issues in her social life. But if the early comics are anything to go by, you shouldn’t invite her to any form of wedding, ever. At the wedding of Donna Troy (WonderGirl) and Terry Long, Raven refused to turn up as she was too busy sulking in her magical realm. Then, as if that wasn’t rude enough, at the wedding of Starfire and Nightwing she attacked the event with a team of supervillains and turned the poor priest to ash. Now that’s just rude.

The team has had lots of different members

When we think of Teen Titans, most of us think of Robin, Raven, Stafire, Cyborg and Beast Boy only. But the teen team has been around long before those iconic characters joined. Beginning in the 60’s, the Teen Titans has had members including Kid Flash, Aqua Lad, Bumblebee, WonderGirl and even Joker’s Daughter (bet you forgot about her, didn’t you?). The original group was used an opportunity to give greater depth to the cast of smaller sidekicks, with a wealth of cameos from across the DC Universe. Its thanks to lots of drama, deaths and infighting that we have the wonderful team we all know and love.

Raven isn’t an only child

Trying to take over the world and establish a legacy of evil that spans the infinite breadth of time and space can be a lonely job, so Trigon has good reason for wanting a large family to help out from time to time. Whilst Raven is the most promising child of the multi-dimensional demon god-king, there are hundreds of others working behind the scenes or just out and about causing mischief. No doubt we’ll be seeing more of them in the later episodes of the Titans TV series, but don’t expect a happy reunion.

The Titans have had some weird team ups

As any comic fan knows, stories tend to get really weird over time. The Titans are no exception and over the years have teamed up with the Powerpuff Girls, Scooby Doo and The Young Justice team in a series of crossovers that have resulted in a host of entertaining misadventures. Not just that, but in the TV series, the Titans have come face to face with the Doom Patrol in a crossover event. We very much doubt it’ll stop there, but how far will DC go? It’ll be a fun ride finding out.

Starfire has always been straight up odd-an alien princess who struggles to understand the rules and regulations of the planet earth with disastrous results. In a team of weirdos, she manages to stand out pretty dramatically, which is saying something. But one of the strangest revelations is that Starfire’s race, the Tamaraneans, actually evolved from cat like beings on their homeworld, helping to explain her unique odd appearance in the cartoon and TV show. How this happened is a mystery, and how that has given her superpowers we may never know. But the science of superheroes has never been an exact process, so better to take the series word for it.

Nightwing/Robin will not stop changing into monsters

You’d think Dick Grayson has enough on his plate with a host of father issues from Batman, crime to fight and a team of superfriends to lead, but he also has a habit of turning into a monster every now and then. In 2016s “Night of the Monster Men” he got the old mutagenic goo treatment and turned into a sociopathic bat monster, as you do. Weirder still, he spent some time as “Avogodo”, a huge, evil avocado after falling into a stack of the vegetables. Hopefully he can keep it together in the TV series, otherwise things are going to get really weird, really fast.

If you want to find out more about the Titans and catch up with their most recent adventures, check out Titans: Season One on DVD and Blu-ray, releasing on October 14th.

Andrew Edneyhttps://moviesgamesandtech.com
I am the owner and editor of this site. I have been interested in gadgets and tech since I was a little kid. I have also written a number of books on various tech subjects. I also blog for The Huffington Post and for FHM. And I am honoured to be a Microsoft MVP since January 2008 - again this year as an Xbox MVP.
Previous articleReview: Funko Harry Potter Pop Advent Calendar from Pop In A Box
Next articleReview: Bloodstained: Ritual of the Night

To celebrate the release of Tremors: Shrieker Island on DVD and Blu-ray, we have a Blu-ray copy to give away.
Read more
Family

Playmobil Back to the Future Advent Calendar

This year, the classic 1980s film Back to the Future celebrates its 35th anniversary. To commemorate the milestone, PLAYMOBIL has launched a brand-new, limited-edition Advent Calendar featuring classic scenes from the iconic film franchise.
Read more
Contests

To celebrate the release of GAME OF THRONES: THE COMPLETE COLLECTION in 4K Ultra HD, we have two sets to give away.
Read more