Kara Zor-El is back with the DVD and Blu-ray release of Supergirl: The Complete Fourth Season which is available today! To make sure you are ready to re-watch the fourth season, we’ve created a super quick summary of where we were left at the end of the climactic finale of season three. 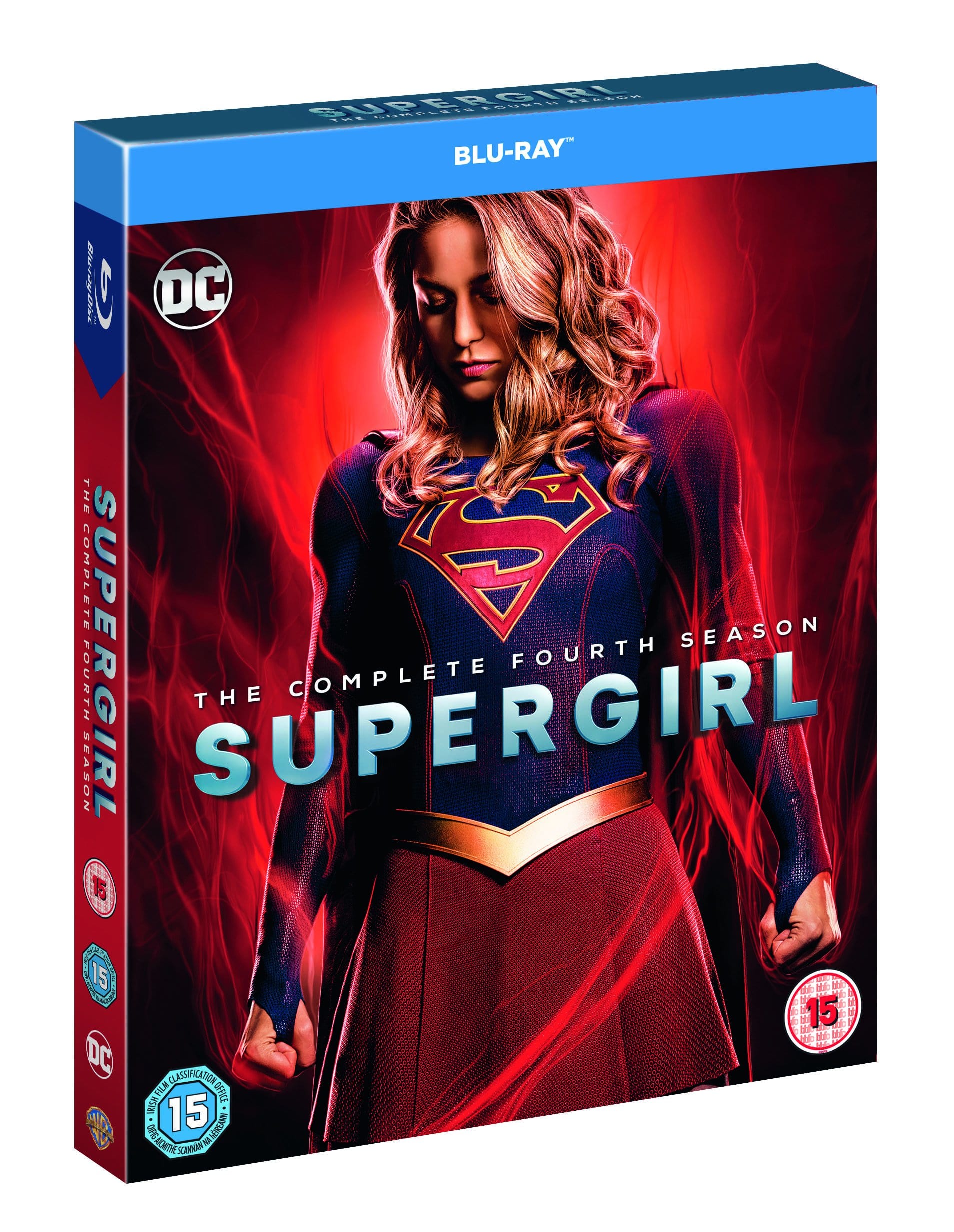 To begin, Reign has unleashed her evil plan to turn Earth into a new Krypton, causing devastating seismic earthquakes that threaten the lives of everyone on the planet. In an effort to stop the terrible effects of Krypto-formring, everyone steps in to lay titanic superhero smackdown. The Department of Extranormal Operations, The Legion and more jump in to help stop the destructive event.

We then say an emotional goodbye to Myr’nn, who after sharing his memories with his son J’onn, merges with the Earth’s life force in a sacrifice to stop the Kryptonian witches’ scheme.

Querl Dox, or Brainy as he is better known, tracks down Mon-El and Winn, revealing that despite what they previously though, one of his distant relatives didn’t actually die in the blight. This unnamed foe (who could that be?) has begun wiping out all other A.I.s and Brainy’s safety is no longer assured. He begs Mon-El to help him fight this new nemesis and for Winn to take over his own position despite being a lesser intellect. Brainy explains that Winn has a part to play in history farr beyond anyone’s expectations.

But, it turns out the rest of witches didn’t do a very good job at finishing off Thomas Coville, and he alerts the team to their location. The team sets out to finish the job, with Kara aiming to break her anti-killing philosophy by delivering a lethal dose of deadly Kryptonite to Reign.

Despite her powers and planning, Kara is very nearly beaten by Reign, but is saved by Samantha Arias, previous host to Reign. Regin is defeated, not by the poison, instead by falling into her own cauldron. In the process, she takes a last stab at vengeance, killing Samantha, Mon-El and Alura with laser blasts.

Kara blames herself for the deaths of her friends, and thinks that her plan to kill Regin is what caused this very eventuality. To fix this, she orders the team to find her a time disruption, so she can travel back and fix what went wrong.

Using Mon-El’s flight ring to stave off the effects of the vacuum, Kara flies into the disruption, returning to the past fight with Reign and stopping Sam from landing the fatal blow. Instructing Mon-El to throw her the Harun-El, she travels to the Dark Valley and forces Reign to drink from the weakening well, trapping her in the dimension.

After this tidal wave of action and triumph, Kara explains to Mon-El that living the rest of her days on Argo isn’t what she wants, and that Earth is herr true home. Mon-El, despite his reservations, leaves to join the Legion, giving her his flight ring as a parting gift. Winn joins Mon-El to replace Brainy, Samantha returns to her life with Ruby and Lena passes on the power to create more Harrun-El in a collection of resolutions to the series’ many deep character arcs.

But, not all is well. It is revealed that just as Kara was travelling to the Dark Valley, a Kara duplicate has arrived on the Siberian Border, leaving us with a ton of questions for Season Four to answer.

And now you’re caught up! To find out the answers, or to just rewatch your favorite bits, you can get your own copy of Supergirl: The Complete Fourth Season on Blu-ray and DVD now!

Andrew Edneyhttp://moviesgamesandtech.com
I am the owner and editor of this site. I have been interested in gadgets and tech since I was a little kid. I have also written a number of books on various tech subjects. I also blog for The Huffington Post and for FHM. And I am honoured to be a Microsoft MVP since January 2008 - again this year as an Xbox MVP.
Previous articleThe Flash: The Complete Fifth Season on Blu-ray and DVD today
Next articleWonder Woman: Bloodlines Releasing October 5th on Digital, DVD and Blu-ray on October 21st

It is very easy to forget how very different video games were just one console generation ago but especially when you go...
Read more

Sony surprised many with the pop up...
Read more
Movies & TV

To celebrate the release of Deathstroke: Knights & Dragons on digital download August 4th and DVD & Blu-Ray™ August 17th, we wanted to let you know a little more about one of DC’s lesser known characters.
Read more
Family

The LEGO Group UK and Ireland and National Trust have teamed up to launch their first ever Young Explorer competition, inspiring kids across the UK to get creative in the outdoors this summer.
Read more