For the very first time, audiences across the UK will be able to experience the rich musical history of the Assassin’s Creed franchise live in concert in 2020, in a multimedia symphonic project that will tour across the UK, following on from its premiere at the London Eventim Apollo this October. 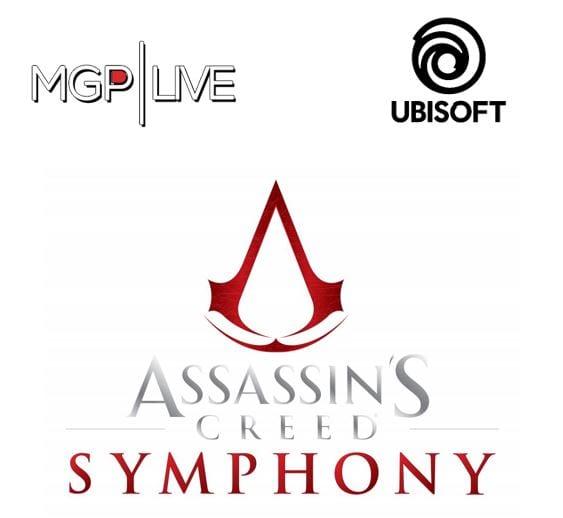 The innovative and immersive new take on the music of the Assassin’s Creed saga will be presented in a live music setting with new takes on the best tracks in the franchise which has broken new ground in music for video games, made by beloved composers such as Jesper Kyd, Lorne Balfe, Brian Tyler, Austin Wintory, Sarah Schachner, Winifred Phillips, Elitsa Alexandrova, Chris Tilton, Ryan Amon and The Flight.

A full  orchestra and choir will perform this unique two hour show (including intermission), featuring a musical repertoire from across eleven games.

Spanning more than ten years and ten video game instalments, Assassin’s Creed has become one of the most well-known names in the video game industry. The series tells the grand story of the conflict between the Assassin Brotherhood and the Templar Order.

Fans will be able to relive their favourite moments on the giant screen, which provides a cohesive retelling through HD footage of the eternal feud, allowing the audience to be immersed like never before.

Andrew Edneyhttp://moviesgamesandtech.com
I am the owner and editor of this site. I have been interested in gadgets and tech since I was a little kid. I have also written a number of books on various tech subjects. I also blog for The Huffington Post and for FHM. And I am honoured to be a Microsoft MVP since January 2008 - again this year as an Xbox MVP.
Previous articleBing: Watch, Play, Learn App now available
Next articleThe Surge 2 ‘Symphony of Violence’ Trailer