With the recent cinema release of Disney’s The Lion King, Hasbro have released a number of toys, including the Might Roar Simba, and here is our review. 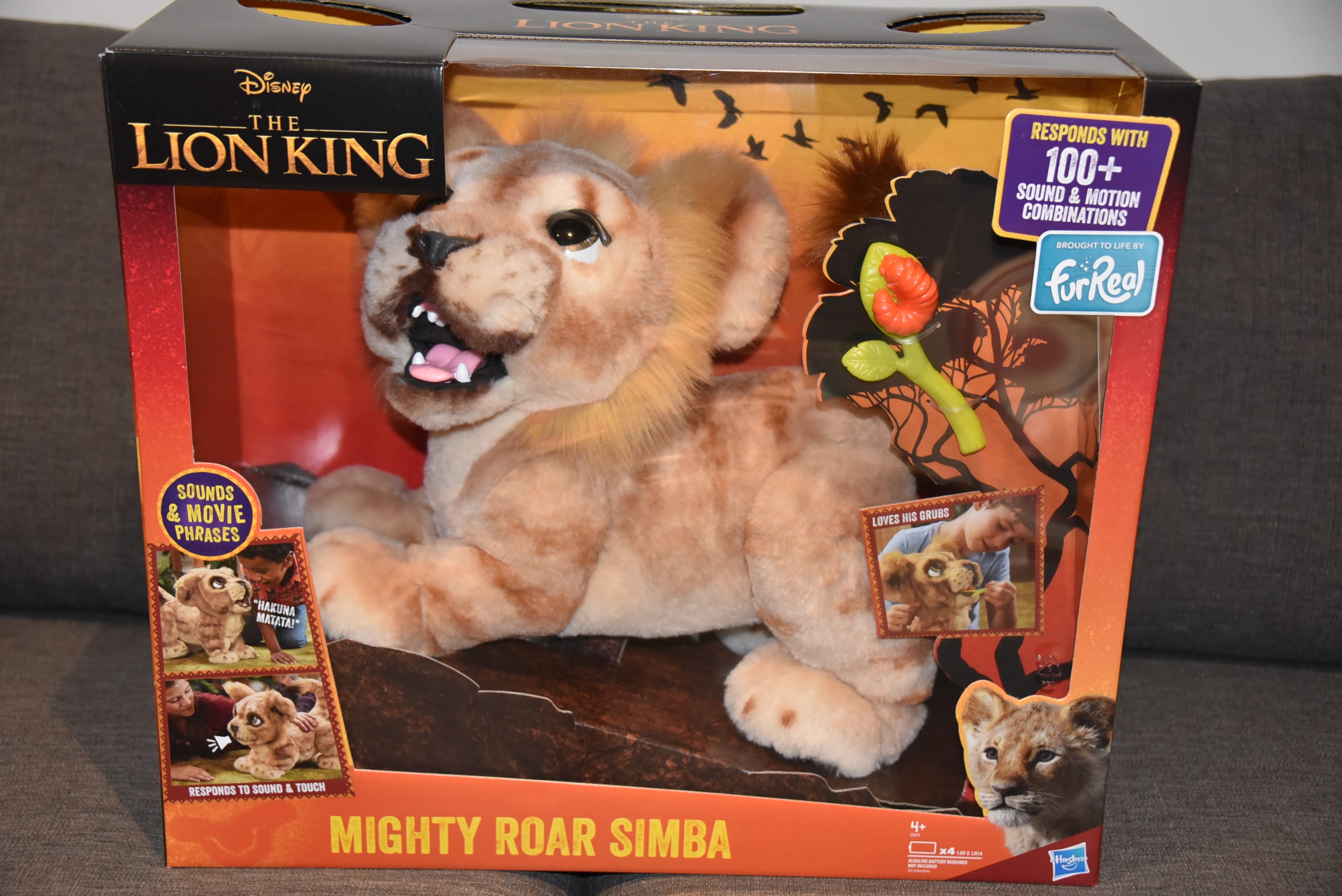 This FurReal Simba interactive soft toy embodies all of the fun, charm, and humour of The Lion King’s most iconic lion cub. Take him along on adventures, give him his treat, and be sure to give your Pride Lands pal lots of hugs!

The box contains Simba, a grub for him to eat and some instructions. 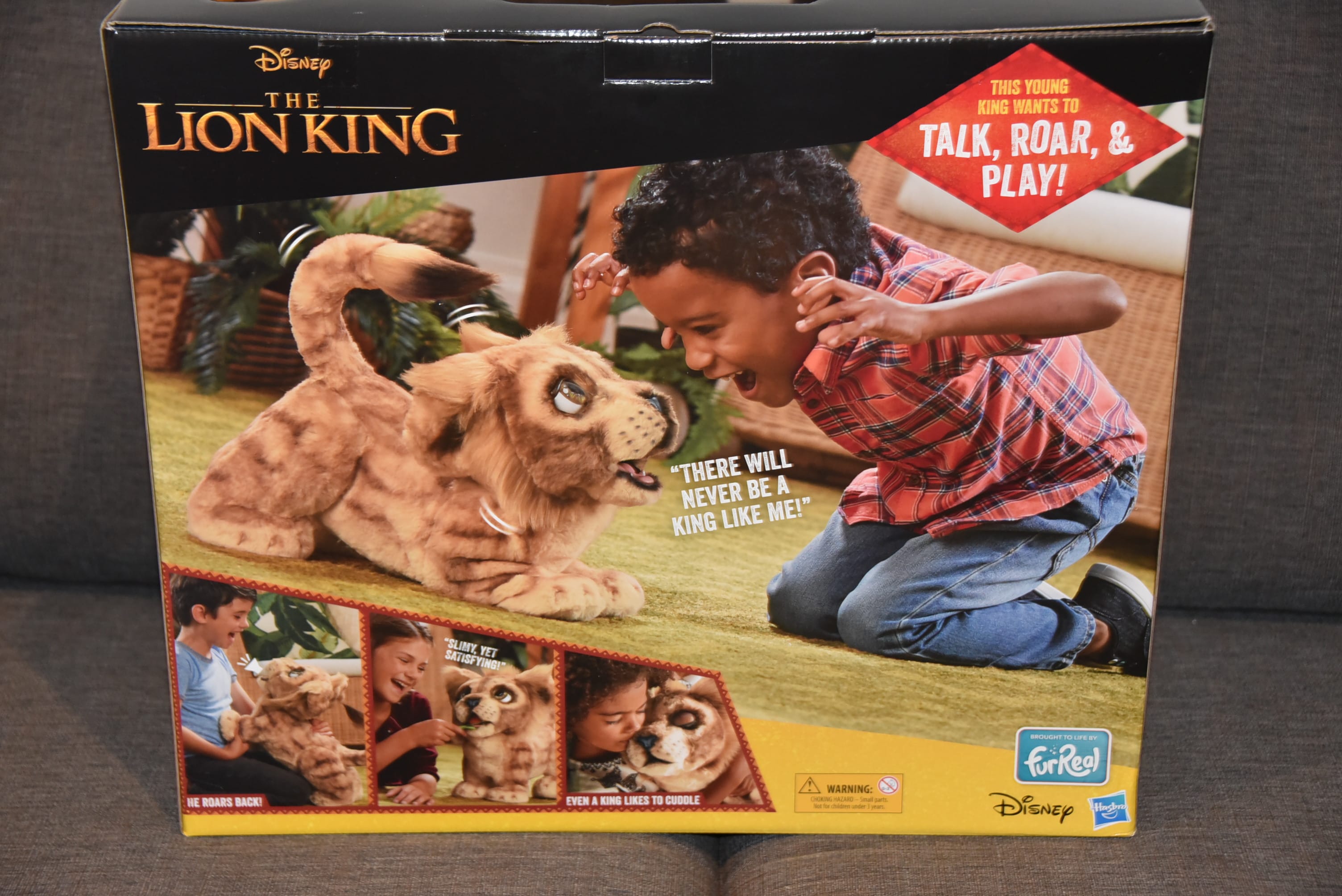 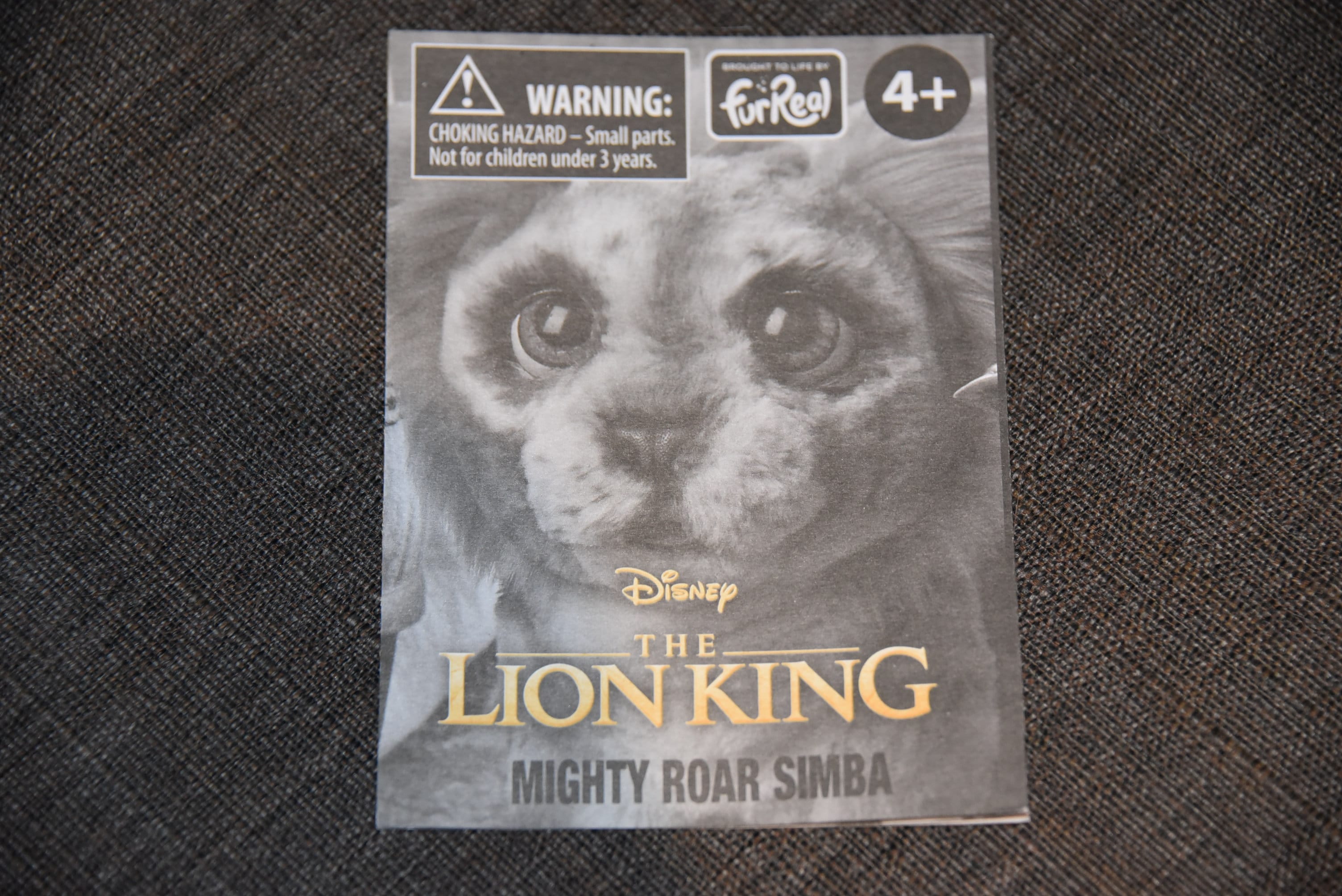 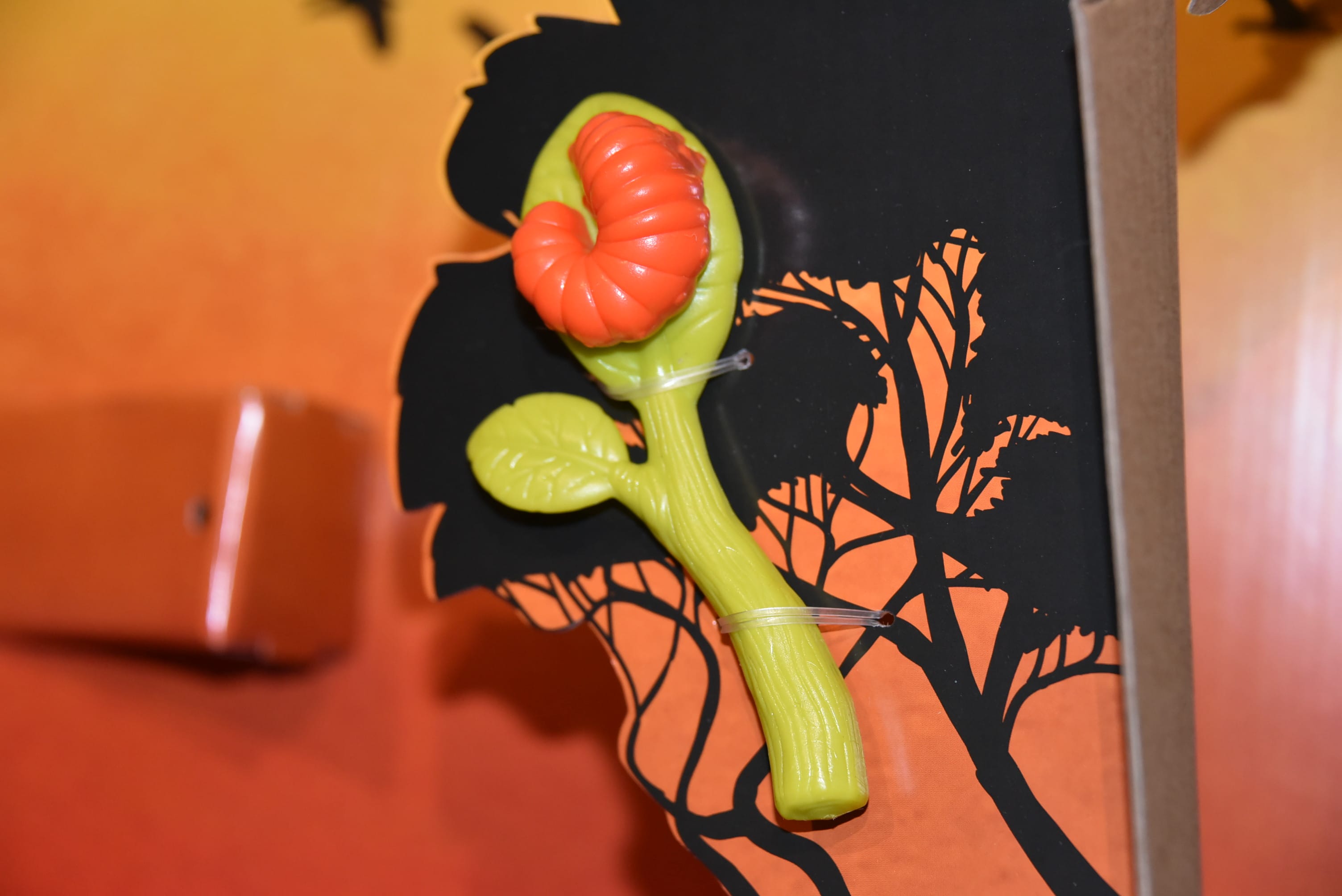 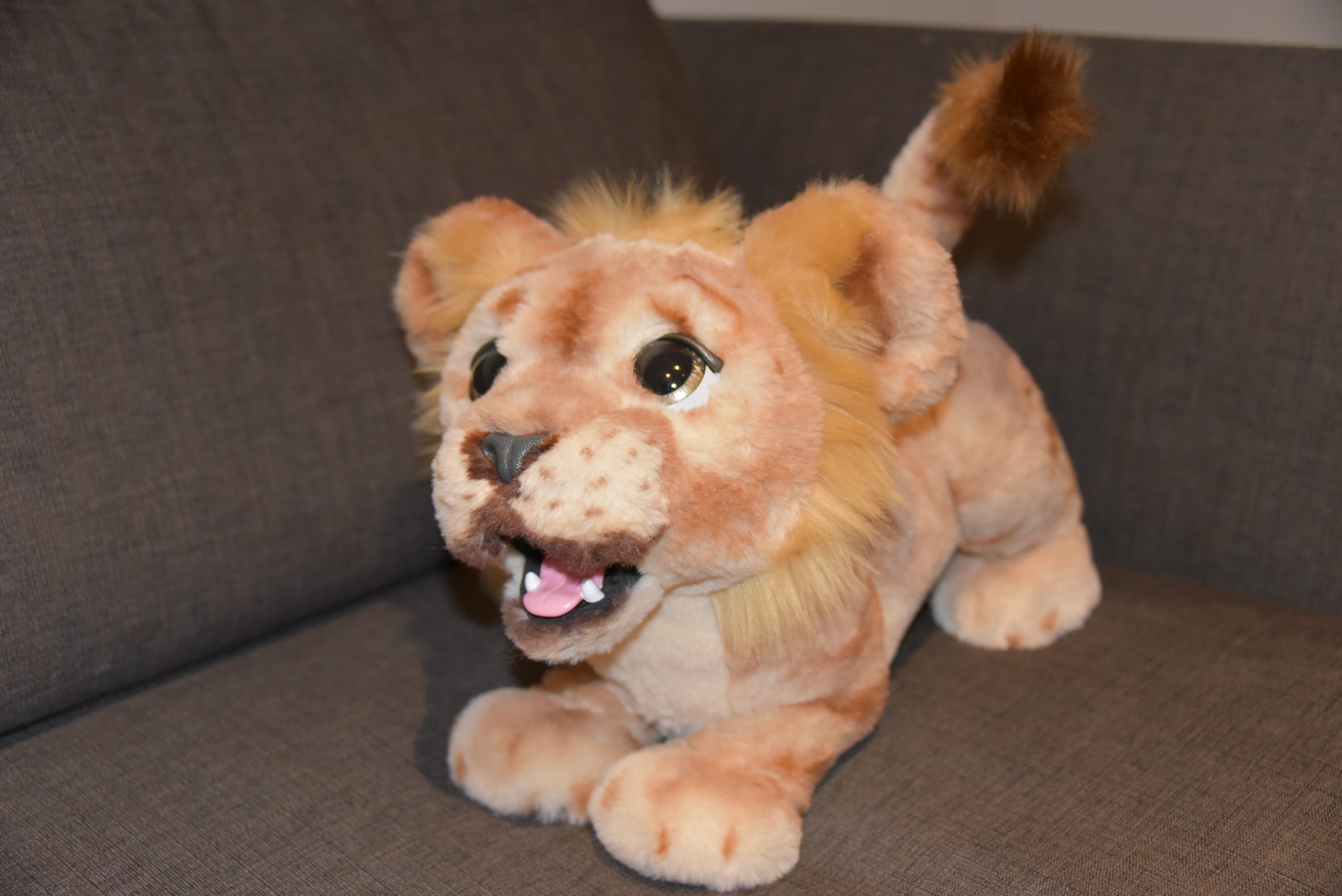 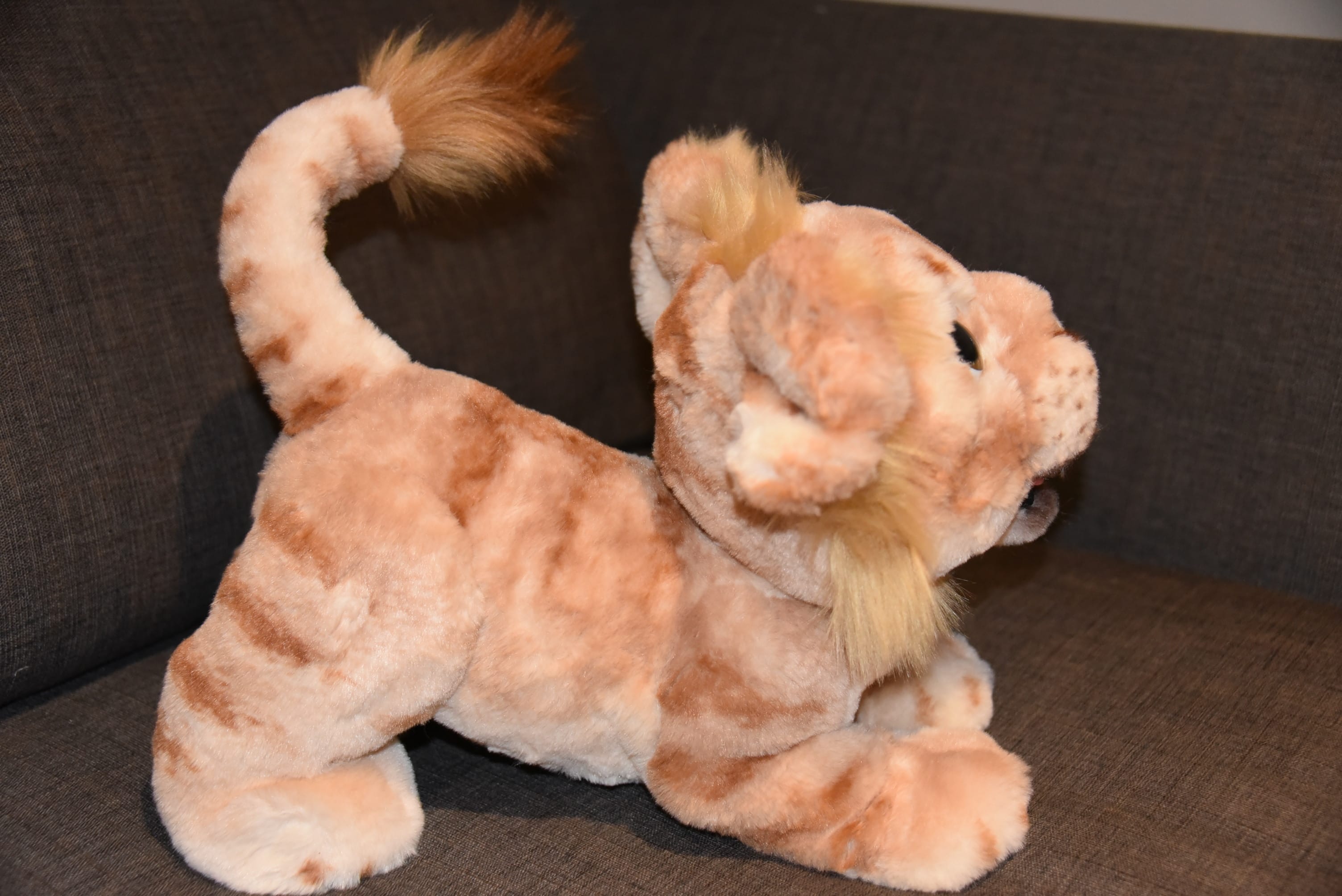 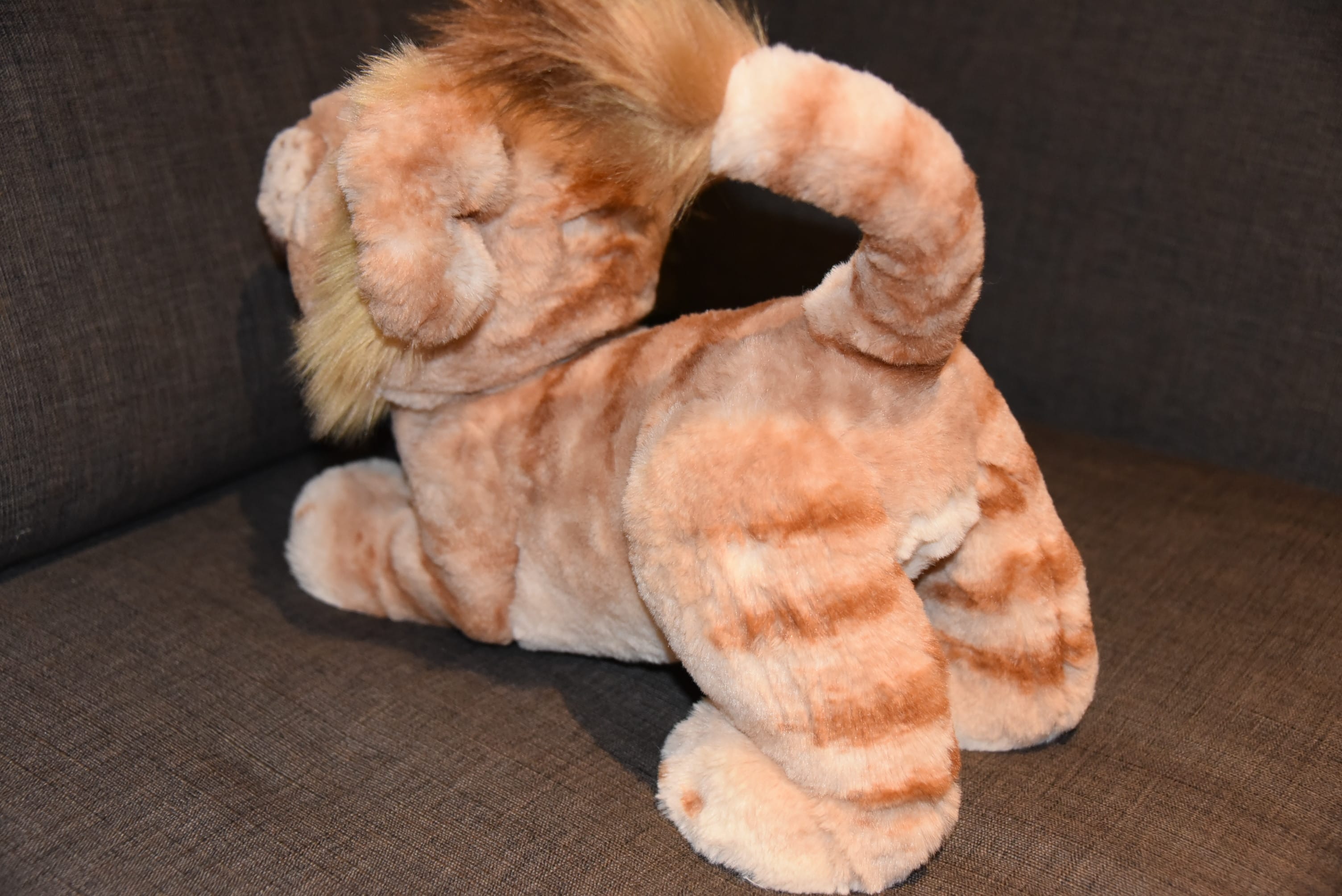 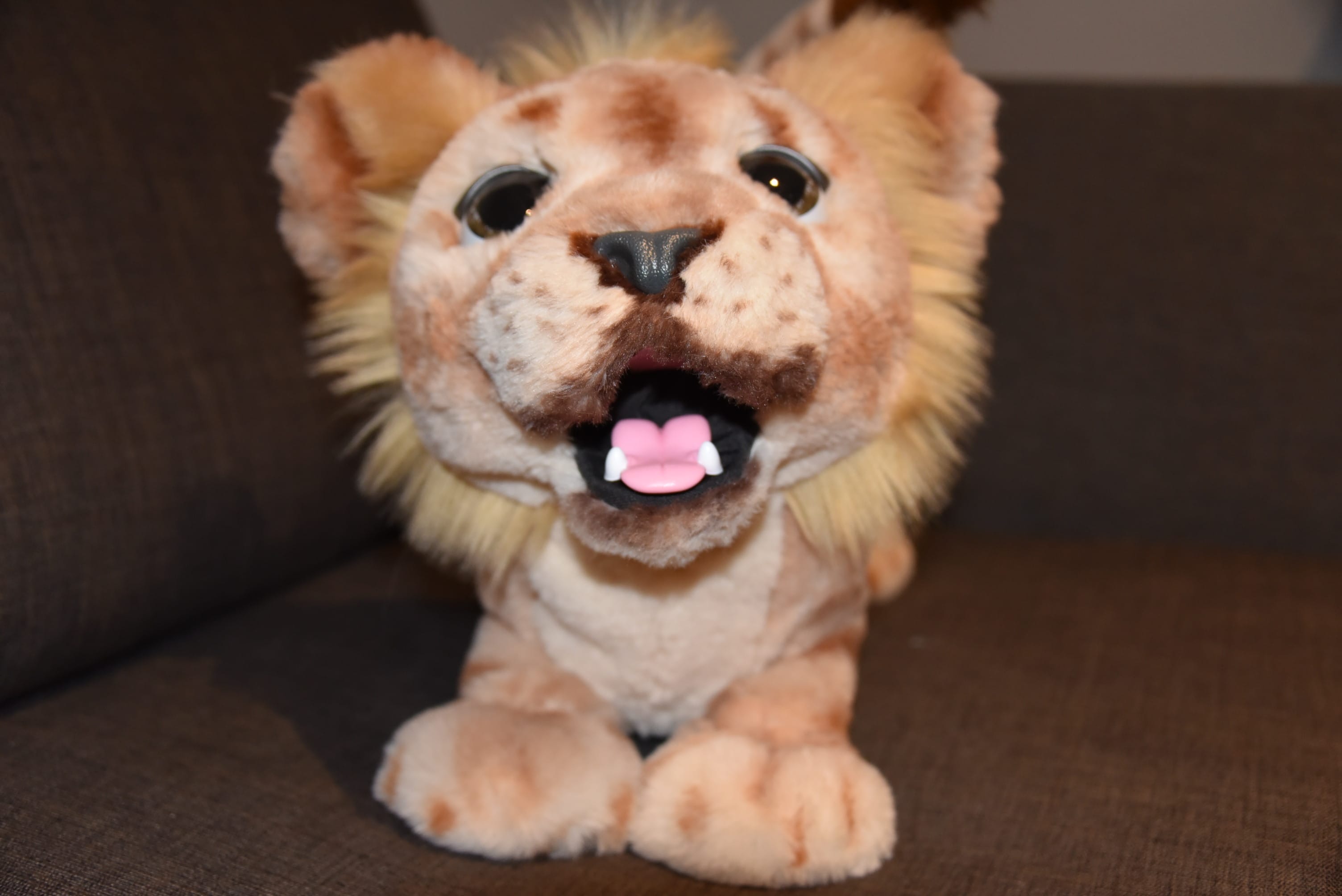 This Simba is from the 2019 version of Disney’s The Lion King and is brought to life by FurReal who have a great track record for making some very realistic toys.

Simba stands approximately 21.5cms high, and is 51cm wide, and 44.5 deep, for those of you interested – so he isn’t small! He also looks incredibly realistic.

Simba will do various things depending on what you are doing with him. You can pat him on the head and he will do something or say something. You can talk to him and he will react and you can roar at him, and he will react too. He moves his head, his eyes and even his tail, amongst other things. Your child will have hours of fun!

There are over 100 sound and motion combinations available, including directly from the film, so your child shouldn’t get bored!

Simba also responds when you feed him his special grub – well, who wouldn’t?

Simba requires 4x C LR14 batteries which are not included in the box, so make sure you have a set ready, in fact have two sets because you are going to need them as your child probably won’t want to stop playing with him.

Simba is great to play with and to cuddle, and is a lot of fun, your child (and you) won’t want to put him down or stop playing with him. This is definitely something you will want to consider adding to your Christmas list, but act fast as they are selling out!

Disney’s The Lion King Mighty Roar Simba from Hasbro is available now priced around £119.95 and is suitable for ages 4 and above, although Hasbro say above 36 months.

Andrew Edneyhttps://moviesgamesandtech.com
I am the owner and editor of this site. I have been interested in gadgets and tech since I was a little kid. I have also written a number of books on various tech subjects. I also blog for The Huffington Post and for FHM. And I am honoured to be a Microsoft MVP since January 2008 - again this year as an Xbox MVP.
Previous articleA Closer Look at the HEXBUG Scorpion
Next articleWatch the Full Dying Light 2 E3 and Gamescom Gameplay Trailer