With Borderlands 3 about to be released and with Christmas only 4 months away, we review the Borderlands Claptrap Deluxe Action Figure from Menkind. 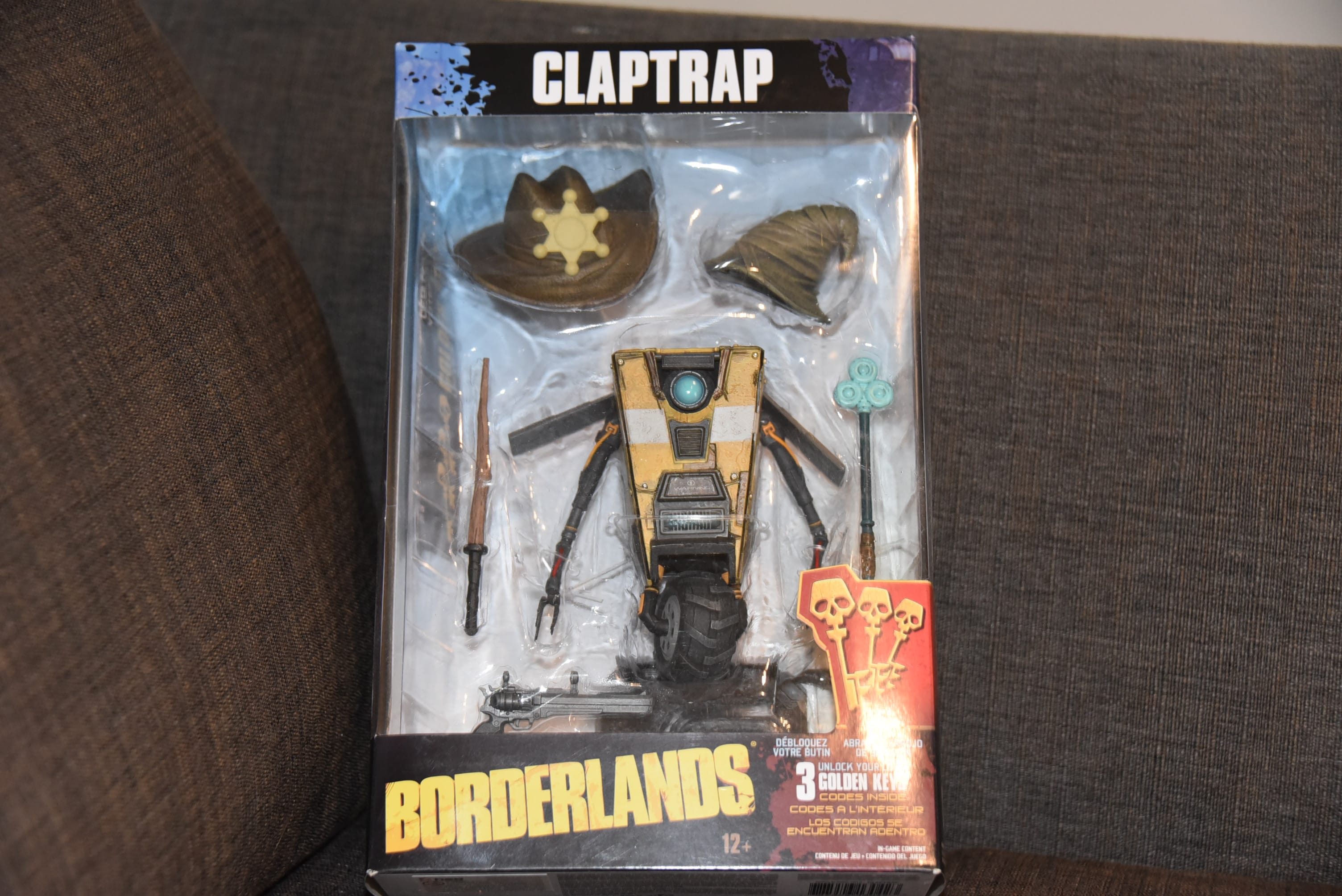 A general purpose CL4P-TP robot manufactured by Hyperion, Claptrap acts as the Vault Hunter’s (sometimes) useful guide and quest-giver on Pandora. Programmed with an overenthusiastic personality, Claptrap masks his fear and loneliness behind cheerful bravado.

The box contains Claptrap, a stand, 3 Golden Keys for use in Borderlands 2, a magic wand, wizards hat, One Shot Wonder Sheriff’s hat, and Jakobs Pistol. 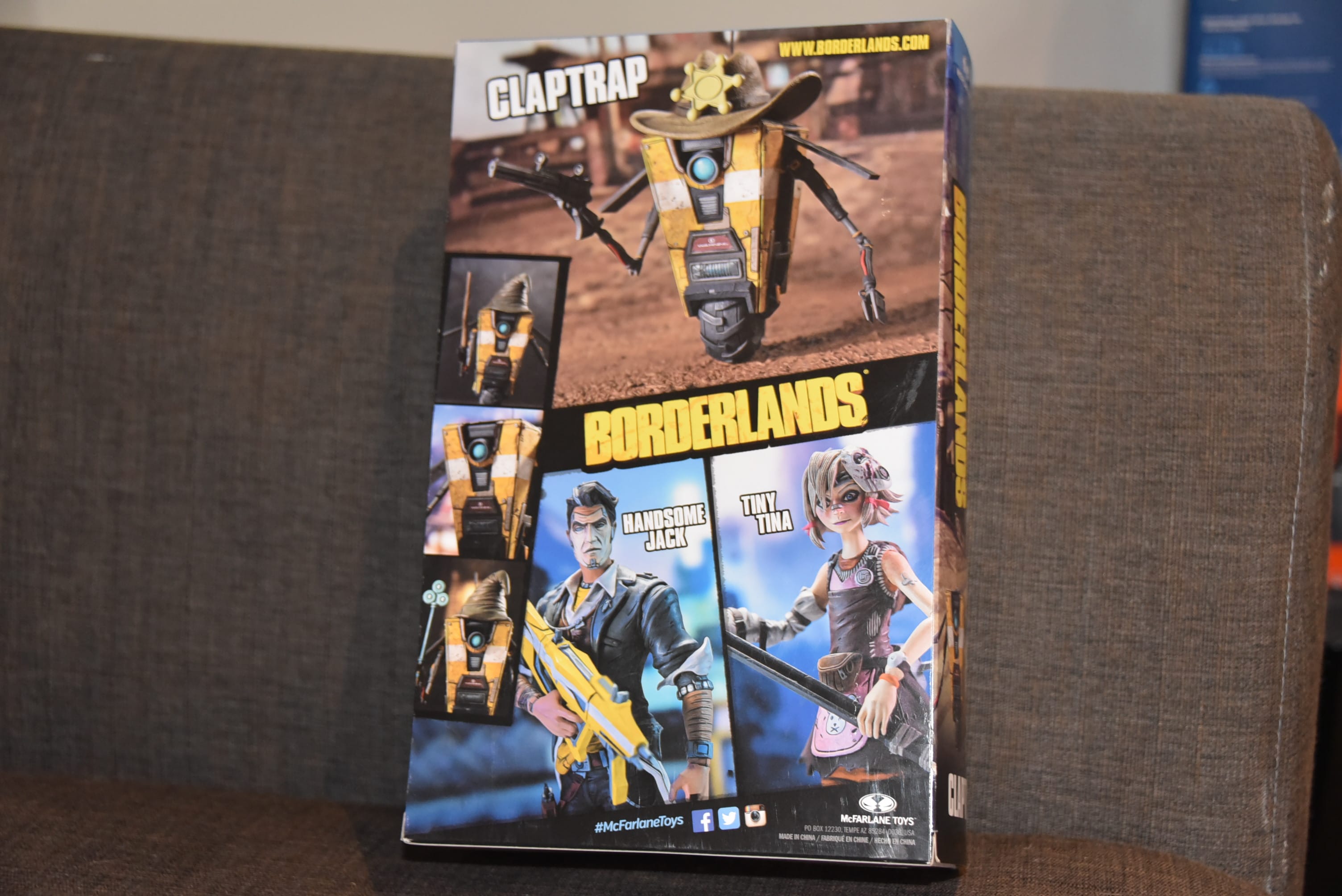 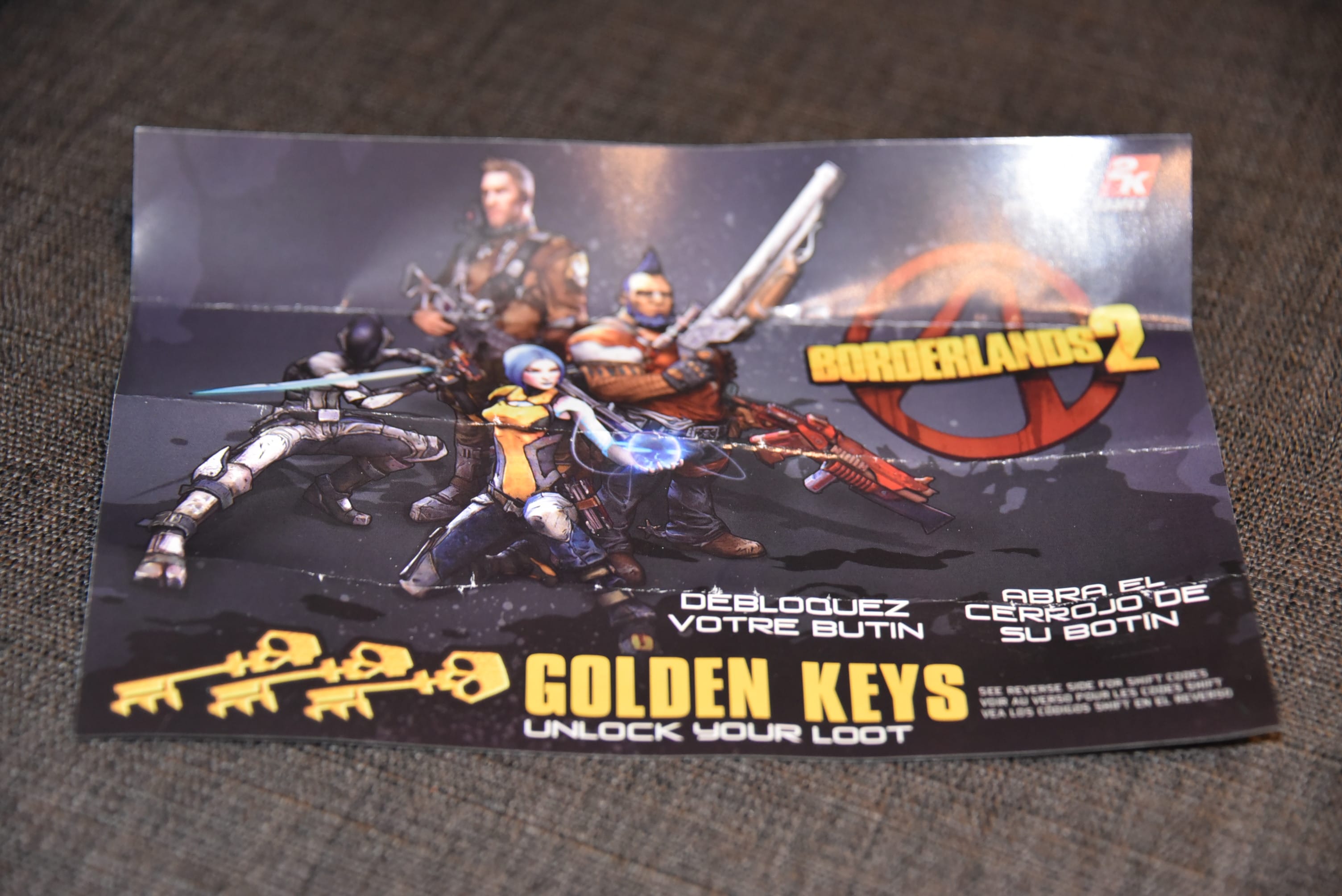 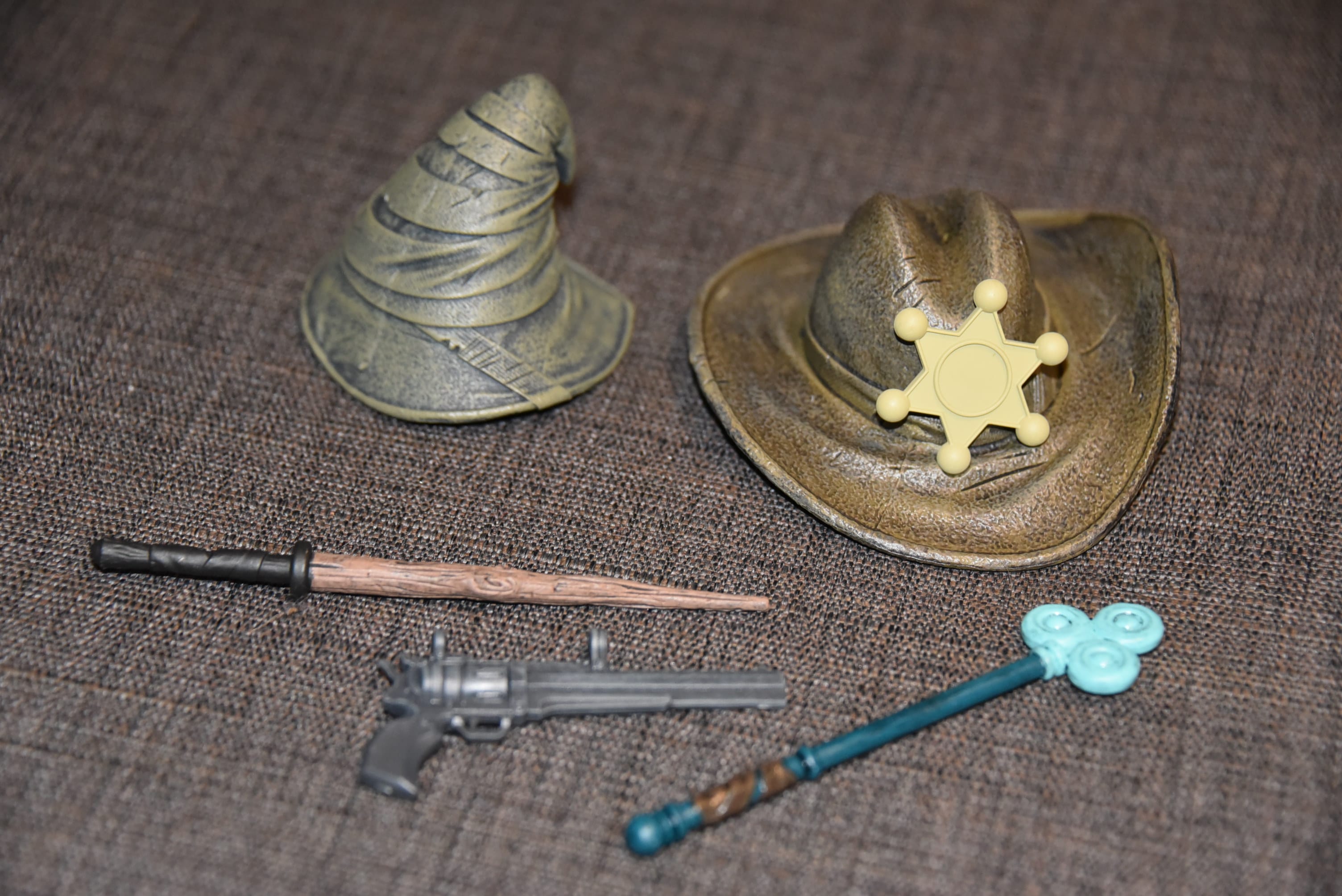 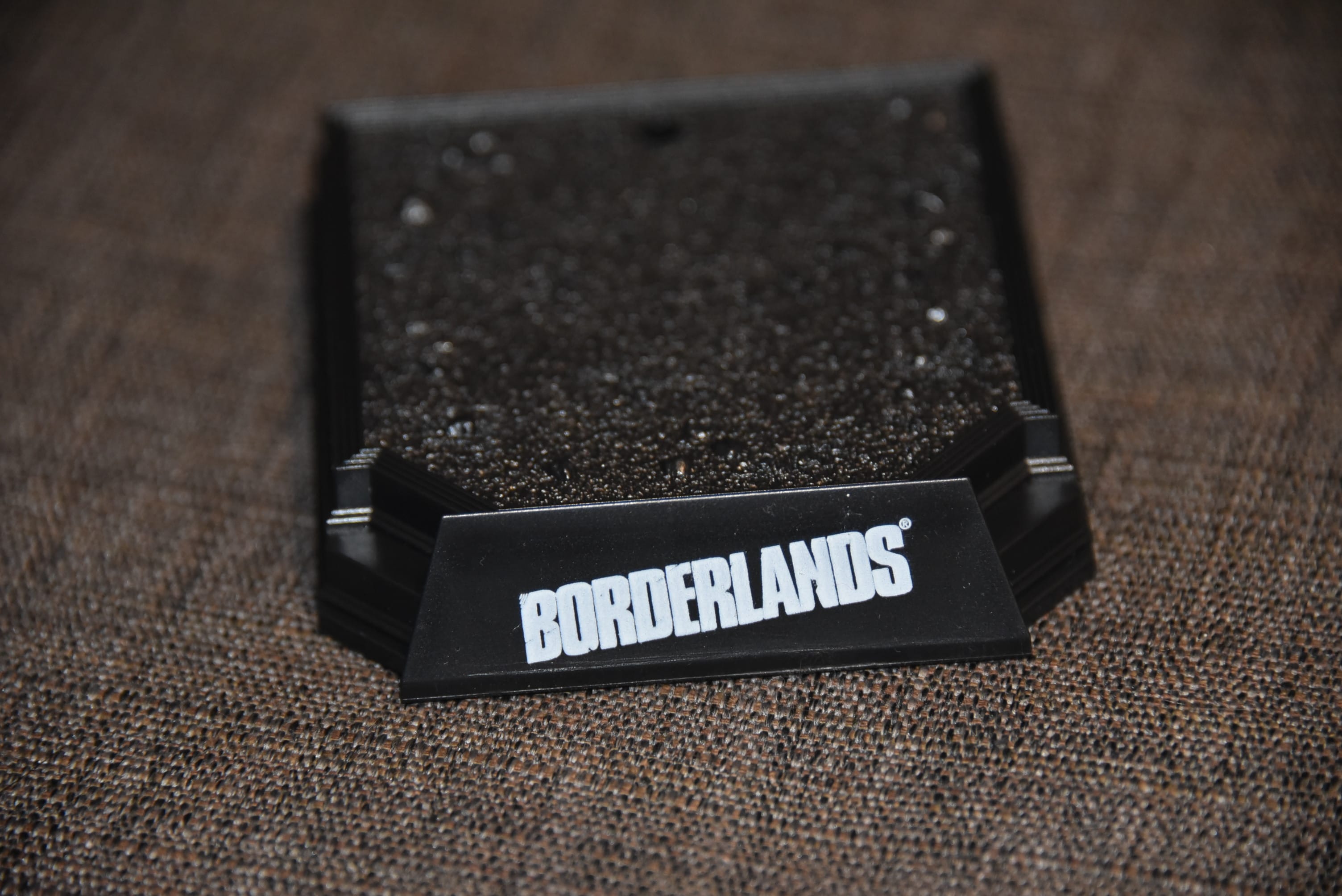 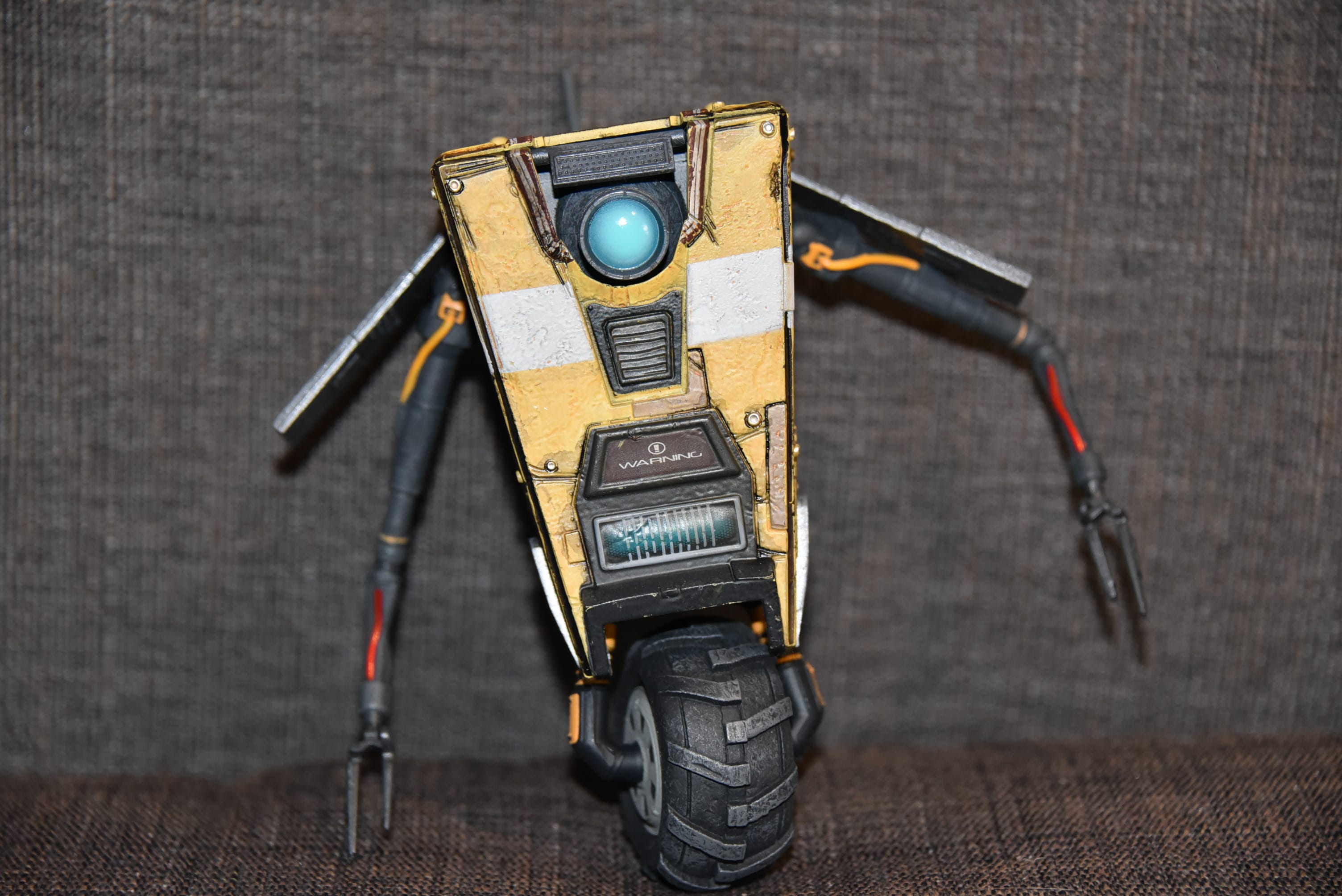 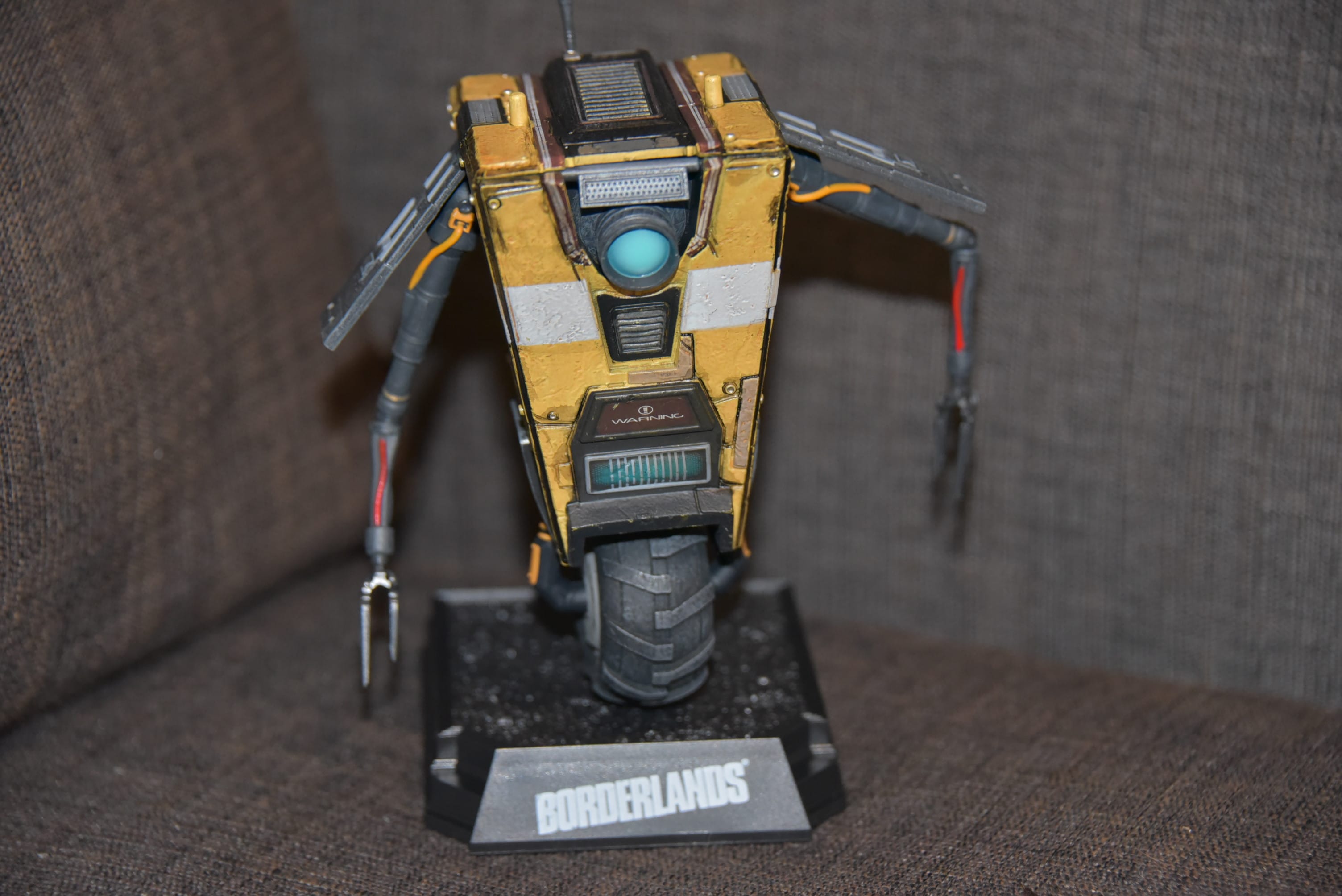 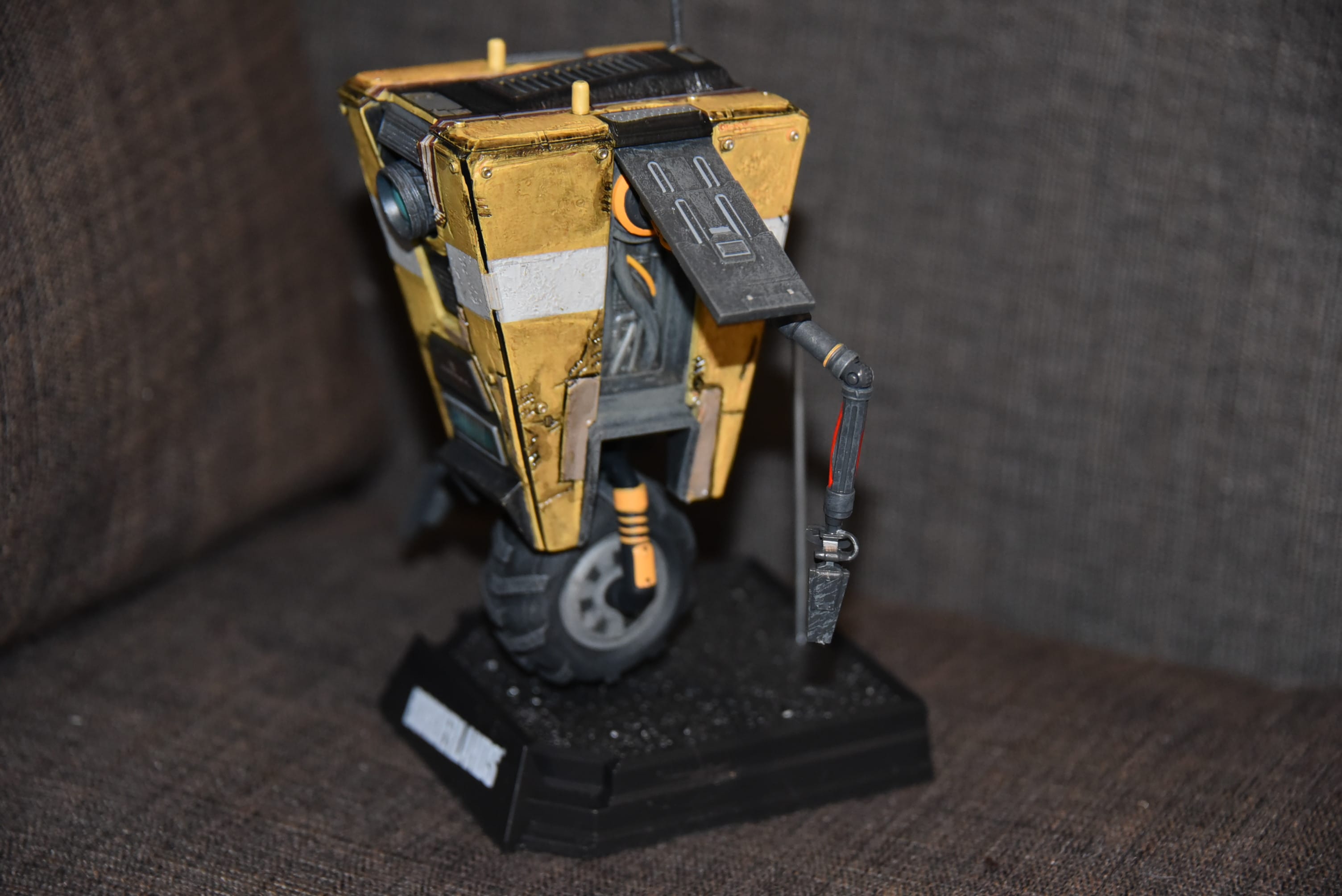 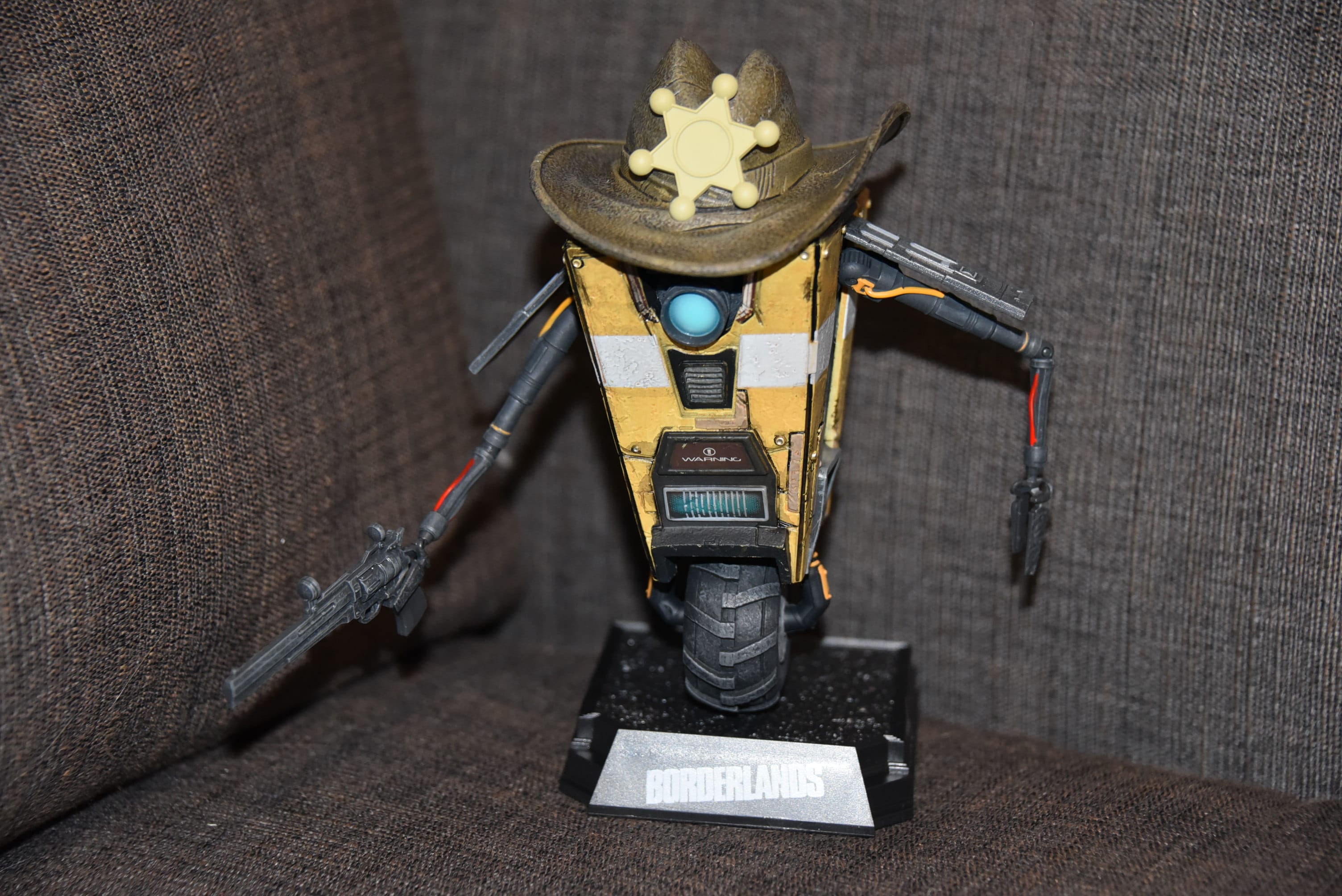 I’m a huge fan of the Borderlands series, and I can’t wait for Borderlands 3. One of the things I loved about Borderlands was Claptrap, and his sense of humour.

So when we were offered the chance to get our very own Claptrap action figure I jumped at the chance.

Standing about 12cm tall, Claptrap can be positioned however you want. There are a few accessories in the box, such as hats, a wand and a pistol, so you can have him on his own or wearing and carrying something, the choice is yours.

His wheel actually moves so you can push him around, although you will probably just want to leave him quietly somewhere! It’s on working shocks so you shouldn’t damage him moving him around.

He also has a retractable antenna and a rotating eye for extra realism.

Claptrap is made by McFarlane Toys and looks amazing – the detail is incredible and if you are a fan of Borderlands this is one action figure you want in your collection.

The Borderlands Claptrap Deluxe Action Figure from Menkind is available now priced £45. Menkind also have lots of other cool things, so why not take a look and find something today?

Andrew Edneyhttp://moviesgamesandtech.com
I am the owner and editor of this site. I have been interested in gadgets and tech since I was a little kid. I have also written a number of books on various tech subjects. I also blog for The Huffington Post and for FHM. And I am honoured to be a Microsoft MVP since January 2008 - again this year as an Xbox MVP.
Previous articleA Closer Look at Squishmallows from Hexbug
Next articleNew Gameplay Video for Bee Simulator unveiled