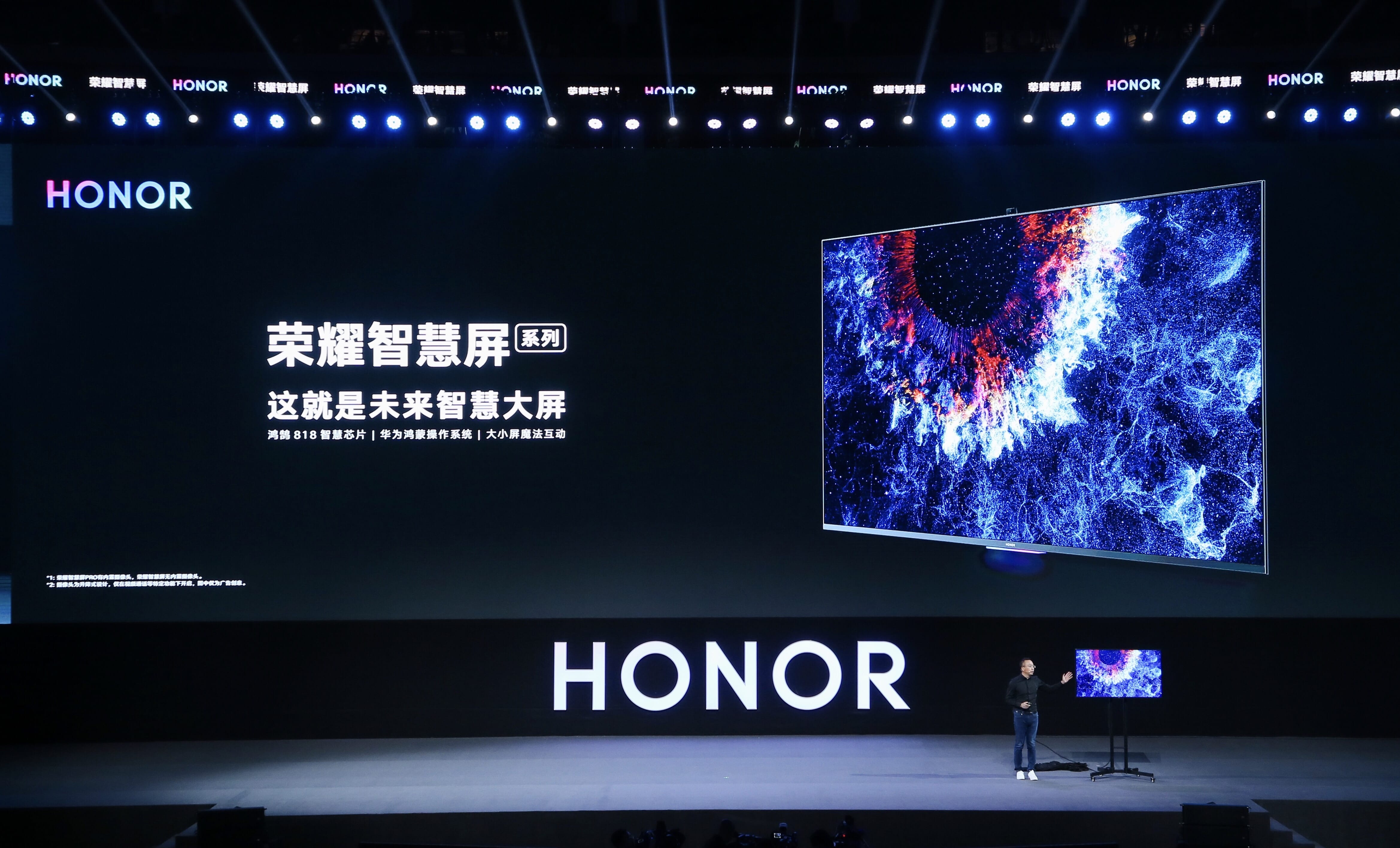 “HONOR Vision is not just television as we know it. It defines the future of television with HONOR’s ‘Sharp Tech’ innovations. HONOR Vision will play a more critical role in the future of smart family life. It is not only a home entertainment center, but also an information sharing center, a control management center and a multi-device interaction center.” said Mr. George Zhao, President of HONOR.

During the HDC, Huawei launched HarmonyOS, a new microkernel-based, distributed operating system designed to deliver a cohesive user experience across all devices and user scenarios. HarmonyOS will be optimized and gradually adopted across the brand’s smart devices including smart watches, smart screens, in-vehicle systems, and smart speakers. HarmonyOS will be released as an open-source platform worldwide to encourage adoption.

In an age where users demand a holistic intelligent experience at all times across all devices, it is important to have an operating system with improved cross-platform capabilities. According to Mr. Richard Yu, CEO of Huawei’s Consumer Business Group, Huawei’s innovative HarmonyOS supports all user scenarios across a broad range of devices and platforms, in order to deliver a consistent experience with low latency and strong security. Among the smart devices shown at HDC, HONOR Vision is the first smart screen equipped with HarmonyOS.

HONOR Vision brings a number of innovative technologies together to give users an intelligent smart screen experience.

Flagship-level Wi-Fi Chipset:HONOR Vision is equipped with a flagship Wi-Fi chipset—the HiSilicon Hi1103. As the world’s first chipset to support a 160MHz bandwidth with a download rate of up to 1.7Gbps, the chipset is 1.7 times faster than the industry average, enabling smoother and more stable video playback, especially for 4K HD video. It also supports 2.4G/5GHz dual frequency optimization. While 2.4GHz Wi-Fi ensures a stronger Wi-Fi signal and wider reach, 5GHz Wi-Fi enables faster internet speeds and less network latency, offering an optimized connection under a variety of environments.

Home Entertainment Center:HONOR Vision offers an extraordinary audio and video experience, with a library of content from Huawei Video and a range of other platforms, creating a one-stop shop for TV series, variety shows, movies, music, animation and more.

Control and Management Center:Huawei and HONOR are committed to establishing HiLink, an open eco-system for the smart home. The platform as well as the technology will be accessible to other smart home providers in the industry, allowing users to connect their preferred smart home products together.

Multi-Device Interaction Center: HONOR Vision’s intelligent display utilizes the HONOR Magic-link function, allowing users to use their smartphone or Pad to search for programs, adjust settings, and more. It also allows users to simultaneously sync content being typed out on their smartphone or Pad to the HONOR Vision display. Using this function, users can also connect and project files without downloading any apps on their smartphone or smart screen, and can simply tap to activate NFC and enjoy a 1080P HDR content viewing experience. With an ultra-low latency of 100ms, users can connect devices to HONOR Vision within two seconds. Users can also swap between Miracast mode and DLNA mode seamlessly when watching videos, browsing images and gaming.

Superior Design for a Superior Screen

Both variants of HONOR Vision feature a 55-inch 4K HDR display. Thanks to its three-side bezel-less Full-View design, users can enjoy a screen-to-body ratio of up to 94%. The smart screen sports a 6.9mm full metal frame and a diamond-patterned rear, supporting an intelligent breathing light and TÜV Rheinland Eye Comfort Mode. The HONOR Vision series includes the 2GB+16GB standard version and the 2GB+32GB PRO version, priced at RMB3,799 and RMB4,799 respectively.

Andrew Edneyhttp://moviesgamesandtech.com
I am the owner and editor of this site. I have been interested in gadgets and tech since I was a little kid. I have also written a number of books on various tech subjects. I also blog for The Huffington Post and for FHM. And I am honoured to be a Microsoft MVP since January 2008 - again this year as an Xbox MVP.
Previous articleDanger Rising DLC Lands for Just Cause 4 on August 29th
Next articleA Closer Look at the Toy Story Hamm Piggy Bank from Firebox

I was very late in coming to the Persona series, it was almost a year after release that the original Persona 5...
Read more

2020 has been very generous for fans of anime with some tremendous titles kick starting the new gaming year with Dragon Ball Z:...

Next Inside Xbox Happening Today

Yesterday the people over at Xbox announced...
Read more
Gaming

Saints Row The Third: Remastered Set of May Release

With just one week  to go until...
Read more
Events