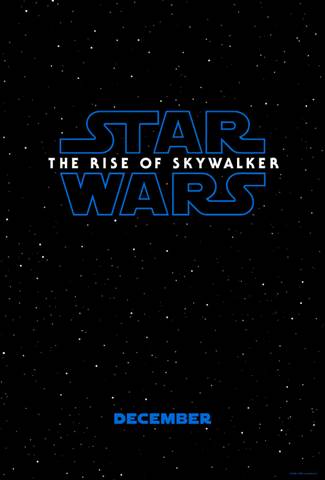 It was a day of surprises at Star Wars Celebration for the enthusiastic fans in attendance as the title of the final installment of the Skywalker saga was also revealed, Star Wars: The Rise of Skywalker, and along with the first trailer for the film a brand-new teaser poster!

Andrew Edneyhttps://moviesgamesandtech.com
I am the owner and editor of this site. I have been interested in gadgets and tech since I was a little kid. I have also written a number of books on various tech subjects. I also blog for The Huffington Post and for FHM. And I am honoured to be a Microsoft MVP since January 2008 - again this year as an Xbox MVP.
Previous articleAmazon Launchpad smart home must haves
Next articleIrony Curtain: From Matryoshka with Love Coming Soon

With Fathers Day just around the corner, we take a look at the iconic 1966 Batmobile in Scalextric form.
Gaming

Now I must acknowledge and apologize that despite considering...
Movies & TV

Well I certainly would not want to follow that...