Fans have been asking Bandai Namco to release an enhanced PlayStation 3 version of the popular Tales of Vesperia game in the West for years. All the pestering seems to have paid off as a Definitive Edition of the game was finally released roughly ten years after it was initially released as a timed Xbox 360 exclusive.

Albeit Tales of fans see Tales of Symphonia, originally released on GameCube, as the best title in the franchise, there is no doubt that Tales of Vesperia also has a lot of fans. No wonder, since its story is relatively unique when compared to stories for other Tales of games. For starters, the main male character is not the usual hero type that has to save the world. Even the story doesn’t immediately revolve around some plot to stop a great evil from ending the world. Instead the characters are gradually introduced in a natural manner as each strives to resolve issues that matter to them and those they care about.

It’s a testament to the quality of the main cast that even the inclusion of a dog isn’t questionable. Despite the obvious language barrier, Repede manages to convey more emotion and genuine interest in finding out more about him. Add to this a robust group of supporting characters that bring value to the story and it makes for what is easily one of the best group of characters in a role playing game. 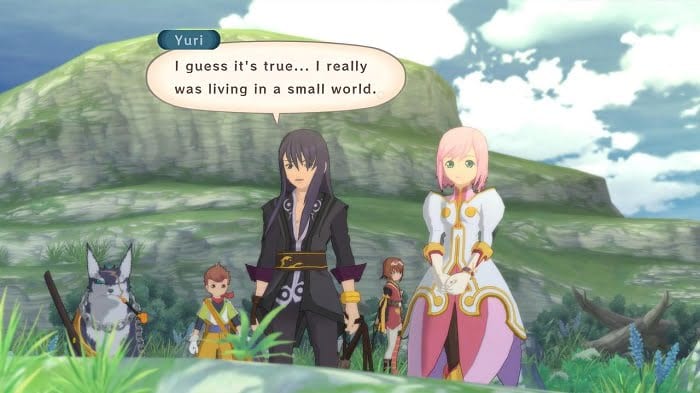 Some characters that only had supporting roles in the adventure also stick around for longer with the core group. Albeit fleshing out their own stories doesn’t have a major impact overall, it’s still nice to be able to get the chance to know them better.

Locations can make or break a game of this genre and Tales of Vesperia excels in this area. Each of the locations explored not only feels unique, but it also is introduced in a manner that doesn’t feel forced. Each step taken by the team towards clearing the next goal always seems logical and it makes for convincing world building. Initially, the game restricts what players can explore to whatever next area is to be explored, but it becomes clear just how big and diverse the world is once it gives them more freedom.

It’s also a credit to Tales of Vesperia: Definitive Edition that it doesn’t just dump players in dungeons filled with monsters. Instead, it successfully attempts to be more creative by adding some extra puzzles, that albeit simple, make it more interesting to explore. What it could have done better was to make it so that it’s easier to avoid monster encounters. Fortunately monsters in Tales of Vesperia are visible in dungeons and outside of safe areas when exploring the overview area. It’s a lot better than randomly generated encounters, but it can still be quite difficult to avoid monster encounters in areas with really narrow paths. Whilst defeating monsters is essential to encourage character growth, in order to be ready for boss battles, it would have been nice to not make it seem like a chore at times. 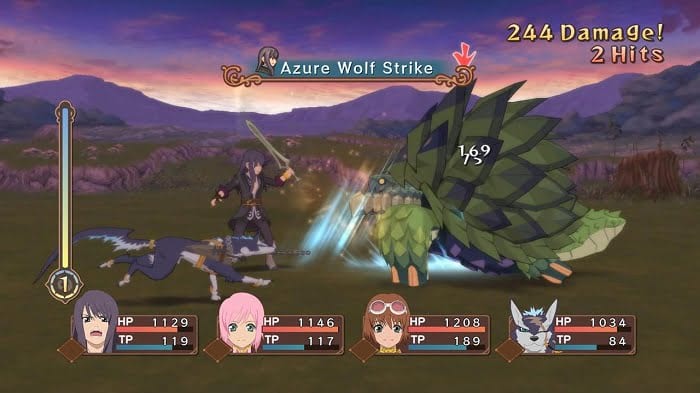 The fighting itself is all in real-time with four of the characters taking on monsters. Each of the characters specialises in one area of combat with their own unique abilities. It’s also interesting to make use of different items, such as weapons, to see what new skills they can learn from making use of these. As with other Tales of games, characters can also learn to cook all kinds of recipes to give the team certain enhancements. It’s certainly refreshing to make use of the more straightforward fighting style in Tales of Vesperia after doing the same with more recent Tales of games.

Slight technical hiccups that plagued the original release, such as brief frame rate drops in certain locations like the overview area, somehow made it to this version of the game. Not that it ruins the experience of playing through the story. At least it delivers on its promise of updated visuals that make good use of the current generation of hardware. This Definitive Edition of Tales of Vesperia makes what was already a striking visual style look even better. Tales of Vesperia’s colourful nature makes for a striking world filled with interesting characters and many stories begging to be told. A superb music score provides each scene and area with just the right music track to make it memorable. 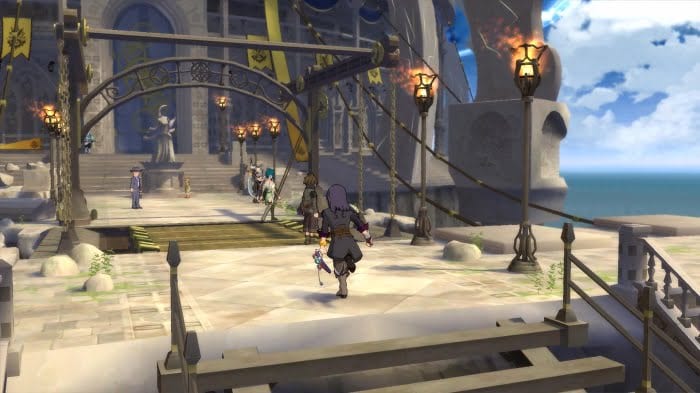 Albeit it can occasionally feel like it’s starting to sag as it strives to find new ways to extend its plot, there is no denying that the charismatic cast go a long way to make it worth spending many hours on this journey. Even what happens after the story is compelling enough to keep players coming back to experience every extra bit of content that the development team has included.

Tales of Vesperia: Definitive Edition is a real treat for newcomers and a welcome gift for fans who have wanted to try what many consider the complete version of a cherished Tales of game.