Review: Reign of the Supermen

What would a world look like if it had a Superman but lost then him, that is the question this sequel to the animated ‘Death of Superman’ tries to answer. After really enjoying the first part of this two-part story, I did have some fears heading into this film with so much from the story arc left to be told but I was also intrigued to see how it would be used to finish this adaptation for this is the first time that the rest of the story would be told and for me, I felt it was always going to have to be told through the DC animated universe to do it justice. But does ‘Reign of the Supermen’ live up to original story telling?

The story picks up six months after Superman died defeating Doomsday and making the ultimate sacrifice. We see the Justice League has continued on though still feeling the loss of their leader and friend. Lois Lane is still grieving as are Martha and Johnathon Kent. It is very clear right from the get go that this film makes the expectation that the audience has already watched Death of Superman because it really jumps right into the action with no real attempts to bring the viewer up to speed other than reminding them that Superman has died but as this is a two parter it is a pretty fair assumption to make.

What the audience does learn is that the four Supermen that were teased during the final moments in ‘Death of Superman’, are now active in the city fighting crime in their own way. The young Superman is cocky and arrogant and very much aware of the attention he is getting from the media. Next, we have someone dressed head to two in a Steel power armoured suit wearing Superman’s S Shield and cape. We also see the third Superman who looks strangely like the Virtual AI from Superman’s ship that he came to Earth In as a child introduced in the first film who is far more violent in his crime fighting and very stern in his approach. The fourth is the only one who makes the claim that he is the original Superman just remade as a Cyborg using Kryptonian technology, but says he has lost some of his memories as a result of his return. 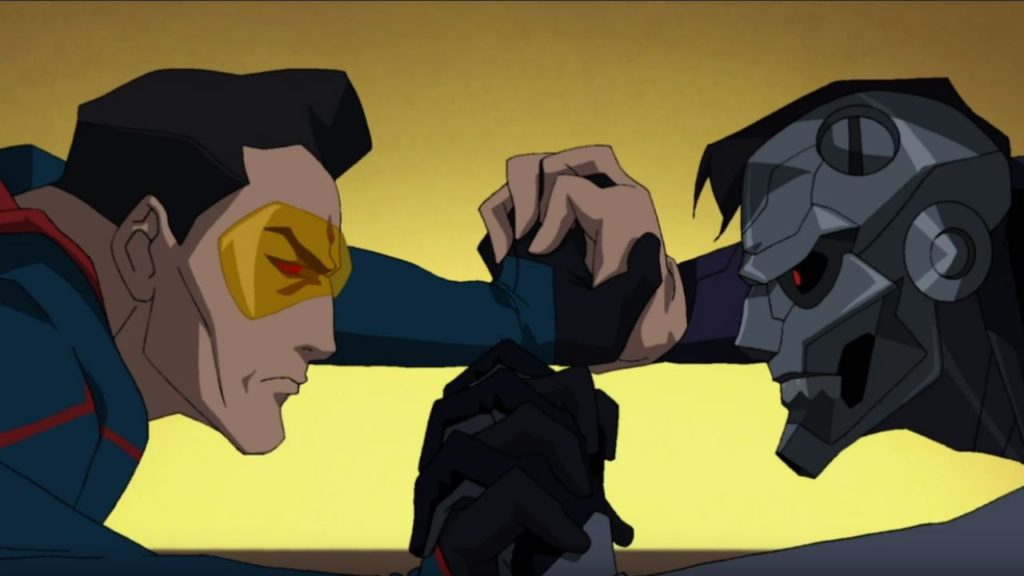 So, the world has lost a Superman but gained four new ones, but there is doubt and suspicion about these new heroes and it is not long before we start to see that Lex Luthor himself is responsible for the young Superman, who is a clone of Superman created by Cadmus labs, designed to be Luthor’s return to popularity by controlling the replacement Superman. His aim is to show that he is a changed man, one that the city can look too in their time of need and his clone is the key to making it a reality. His cunning plan is to manipulate the US President into endorsing his “Superman” before the world during a public speaking engagement where the Justice will also be service as Guards.

This is where for me, the biggest change comes from the original comic book story as the gathering is suddenly attacked by Parademons through a boom tube portal which DC fans will recognise as being from the planet Apokolips run by Darkseid himself. The Justice League and young ‘Superboy’ go to the defence of the President and begin fighting. During the fighting, the same boom tube portal that brought the Parademons suddenly crashes down on top of the Justice League, transporting them off world, leaving behind only the Supermen. Now whilst I do not really have an issue with this cheap way of getting the Justice League out of the story for a bit it does add an element that did not feature in the original story but does make sense if you are a fan of this Animated Universe.

It also marks the shift of focus from four to only two of the Supermen as Steel, John Henry Irons, and the Eradicator take a back seat as the story centres on young Superman who is now referred to by most characters as Superboy and Cyborg Superman as Lois Lane continues her investigation to prove whether or not Cyborg Superman is the real Superman. Which is a shame because the Eradicator is vital component of the original story. But I do like how Superboy is handled as he learns more about his origin although his original powers and how he gets them is not used in this story. My main issue is that of Lex Luthor, who is rather annoying in this story as following Superboy’s failure to winover the backing of the President leads Lex to believing he is a failed clone so considers killing him and starting over but before he can be the evil Lex, we know he is, he just changes his mind and abandons him. 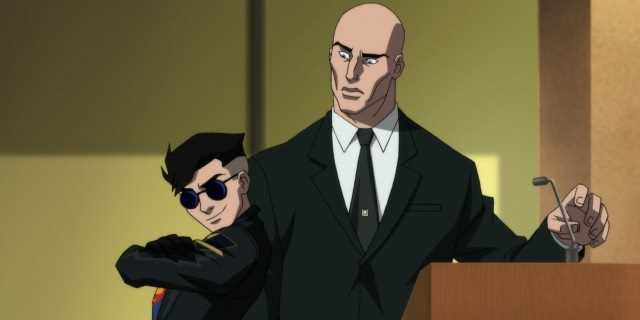 I also liked the reveal of the motivation behind Cyborg Superman which I will not spoil for this review, and how it ties together so much of the new 52 Animated Universe instead of sticking to how it originally played out. The big problem I have is how rushed the return of the real Superman is, who after having his body taken from his tomb is revealed to have been taken to the Fortress of Solitude where his robots and the Eradicator have been performing a revitalisation technique which brings him back to life but having exhausted all his solar energy stores in fighting Doomsday is now healed but not back to full strength. But realising he has no choice but to help stop Cyborg Superman, he goes after him with weapons and only some of his powers restored.

The ending does feel extremely rushed through though leaving no real time to explore the return of the real Superman but the final battle is animated really well and again, the voice cast do step up for the climatic finale and there are some lovely moments the story ends on. Overall this is a weaker telling of the main elements of the original “Reign of the Supermen” story but it definitely works as a follow up to ‘Death of Superman’ and if you can watch both back to back then you can appreciate them all the more as was intended.

The DC animated films have all been fun to watch from Warner Bros Animation studio, with them exploring everything from Justice League stories to Teen Titans and specific films for Batman with ‘Son of Batman’ and “Batman Vs Robin” as well as recently with Justice League Dark. This two-set film story for Superman was a natural progression and is still very entertaining to watch even if you know the original story really well. I have always said the animated DC universe is far superior to the big screen attempts to create a DCEU and they are a must watch for any DC Comics fan out there. This is not the strongest story telling they have done but in attempting to tell the full story arc rather than just focusing on the fight between Superman and Doomsday, fans will get a better understanding of the DC universe including the additions of Superboy and Steel to the roster of heroes they can feature. 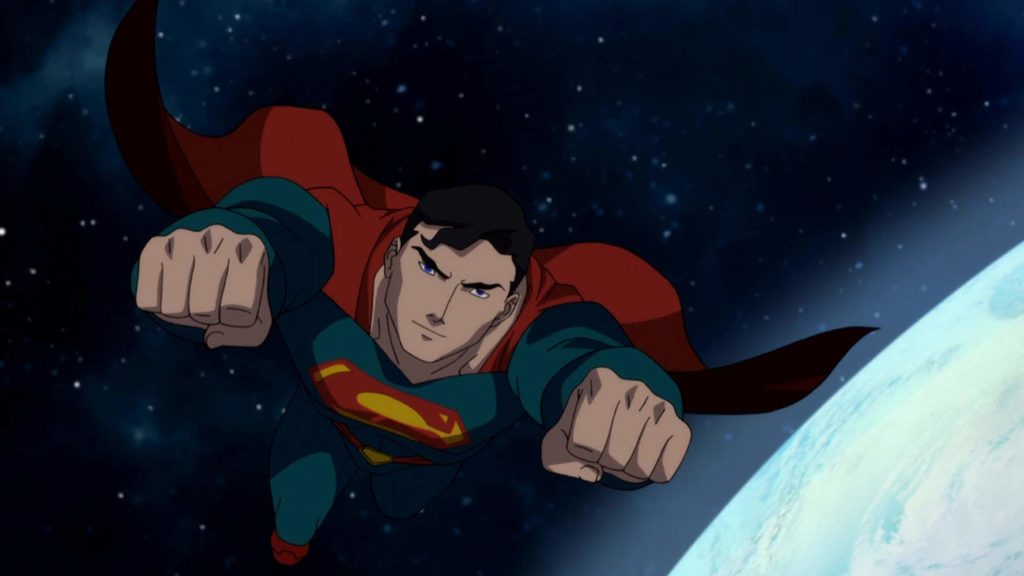 I am already looking forward to the next animated film planned with ‘Batman: Hush’, another of my top DC comic story arcs. But for fans of this animated universe and for Superman fans, Death of Superman and Reign of the Supermen are worthy of a watch and a great addition to an already high-quality family of films.