Spyro Reignited Trilogy out on the 13th November

The first ever, fire-breathing and talking Spyro drone. A first of its kind, the Spyro drone is soaring across the United States to commemorate the upcoming video game launch of Spyro Reignited Trilogy on 13th November. Kicking off from “Stone Hill” near New York City today, the life-size Spyro drone is spreading his wings to explore the cities and iconic landscapes across the country that have a striking resemblance to what fans will immediately recognise as iconic levels and themes from the trilogy.

While it has been 20 years since the first Spyro game was released, some friendships never die. To ensure that Spyro can connect with old and new friends alike, the Spyro drone will be capturing his cross-country adventures on his social media channels for fans to enjoy. The drone even speaks iconic lines from the game.
“We can’t wait for fans to see this awesome fire-breathing and talking Spyro drone and encourage everyone to have their phones ready to catch Spyro on his journey,” said Michelle Fonseca, Senior Product and Marketing Director, Activision. “Spyro the Dragon is such a pop culture classic and we’re thrilled to bring this beloved character to fans for the launch of the newly remastered series, Spyro Reignited Trilogy.”

During the U.S. tour, two icons will connect when Spyro delivers an early copy of Spyro Reignited Trilogy to entertainment icon, Snoop Dogg. 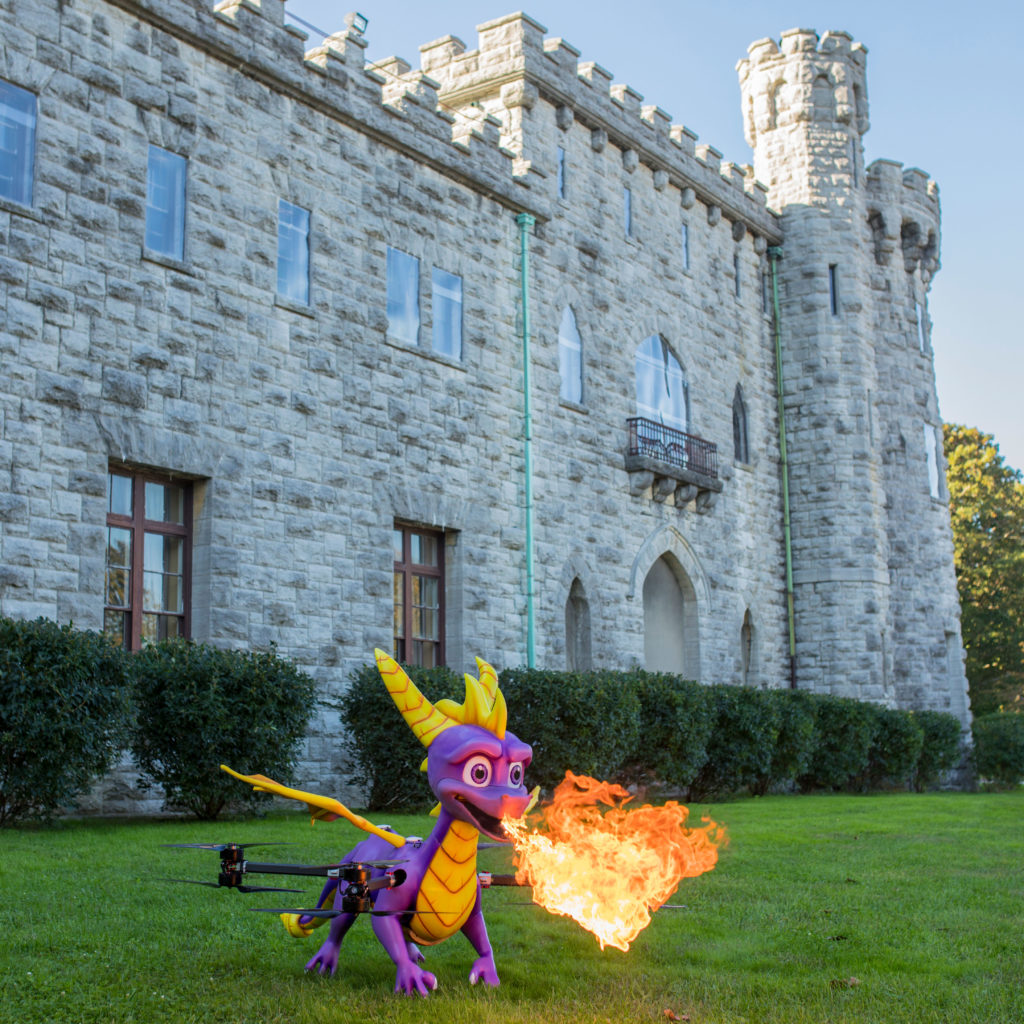 Excited as ever to be reunited, both will be dropping the same sick burns they had back in the day. The socially-connected Spyro drone will share Instagram stories, tweets and posts of the two O.G.s catching up on Spyro’s social media channels.

Spyro Reignited Trilogy is a dynamic gaming collection that will have both original and new franchise fans “Spyro-ing” out of control when it releases on 13th November 2018.

Players will feel the fully remastered fire of the three original Spyro games that started the phenomenon – Spyro the Dragon, Spyro 2: Ripto’s Rage! and Spyro: Year of the Dragon – complete with more than 100 levels, fire-breathing attacks, lush environments, and Spyro’s zany cast of characters all in HD graphical glory on PlayStation 4, PlayStation 4 Pro and the Xbox One / Xbox One X.

Chris Hare
A True Tech Geek at Heart, I Started my life of being a Tech Geek at the age of 5 with the BBC Micro. Went on through most of Nintendo stuff and now a Xbox and PlayStation fan. I also leaked the information about the leaked Hotmail passwords story from October 2009 that went World Wide. I Started writing tech articles at the beginning of 2011, most of my articles are about Android phones and Xbox One and PlayStation 4 and other gaming news. When Chris has free time its with the family.
Previous articleSEGA Mega Drive Classics on Nintendo Switch Release date revealed
Next articleHonor Magic 2 Officially Unveiled in China