Looking for a 4K TV for the Xmas period look here

With October and November are shaping up to be some of the most exciting months in recent memory for gamers, the fourth instalment of Forza’s Horizon series is now on shelves and Lara Croft’s latest adventure has also landed, while Call of Duty and Battlefield will soon go head-to-head once more to be the ultimate first-person shooter of the year.

Rockstar is ready to unleash its long-awaited Red Dead Redemption sequel and there is now what feels like a massively overdue trip to Ancient Greece for the Assassin’s Creed franchise available. In short, gamers world-wide will be kissing goodbye to their spare time (and their loved ones) for a little while as they race to explore every corner of the latest blockbuster adventures.

With such an incredible line-up of 4K HDR console gaming about to hit the shelves, the question is; what features does your TV need to make sure you make the most of every last drop of the incredible new games hitting the shops in the coming weeks?

Both the Xbox One X and PS4 Pro render in native 4K HDR10, therefore if your 4K set is more than two years old you’re going to miss out on the most impressive visual nuances of the industry’s newest and most beautifully designed games. High Dynamic Range, which reached the market in 2016, protects detail in the highest and lowest ranges of contrast while also increasing the upper and lower limits of that scale. Meaning, come November when you’re battling your way through World War II’s most famous battles in Battlefield V you will see every perfect detail of action whether you’re ducking into a dingy farmhouse or sprinting in the searing sunshine of a French plain.

Gaming is more competitive than ever before, the finest of details can mean having the kill/death ratio bragging rights between friends and being the runt of the pack. Speed and reaction times are key to firing first, reacting before anyone else and taking the win, but have you have ever considered certain TVs simply don’t display an image as quick as others? Input lag was traditionally a metric reserved for PC gamers looking to make their kit give them the ultimate edge, but more and more consoles gamers are now looking for low input lag numbers to help give them the edge when buying a new TV. Don’t play with one hand tied behind your back. Both the Hisense U7A and U9A models have an input lag of under <50 ms for the ultimate in reaction times. Both sets are also equipped with four HDMI inputs, including two 4K-supported HDMI 2.0 inputs, meaning that those of you lucky enough to own both an Xbox and a PS4 can quickly switch between consoles with the intuitive VIDAA U Smart TV interface , rather than physically swapping inputs to achieve the highest quality. 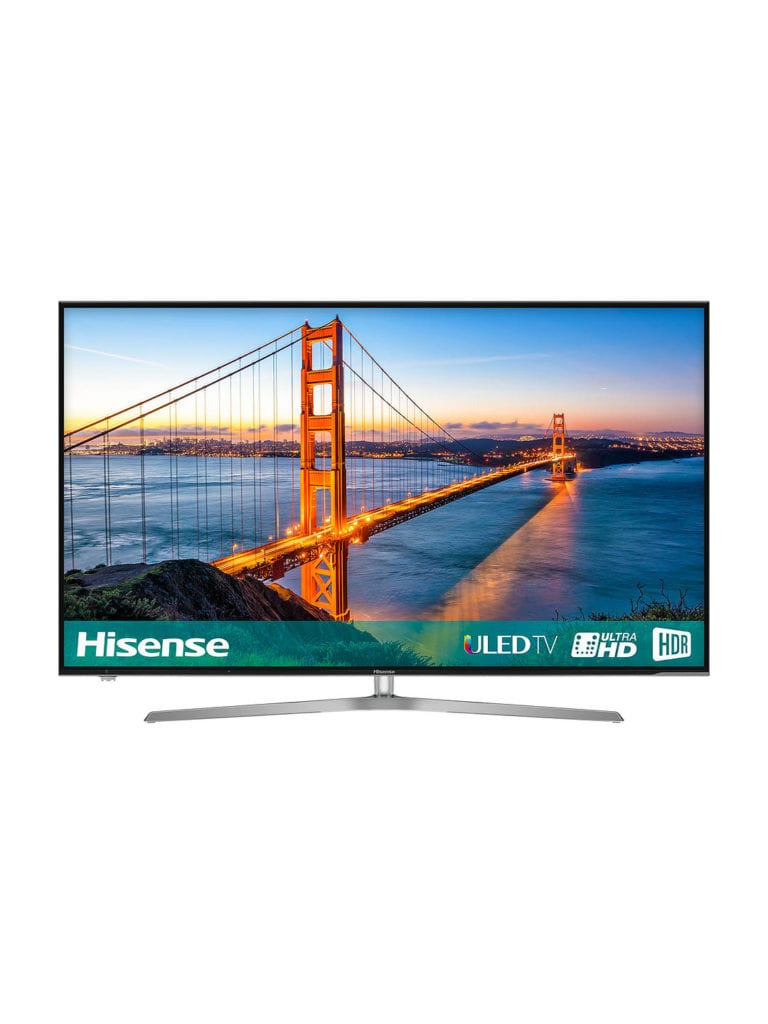 Developers have now had considerable experience with the latest, more powerful generation of 4K consoles and we can expect improvements in frames-per-second performance with this year’s blockbusters. Coupled with Hisense’s Motion Estimation/Motion Compensation (MEMC) technology, this winter will be the dawn of the smoothest gaming experience any living room gamer has experienced previously. MEMC, actively reduces on screen motion blur of fast moving objects by rendering extra frames, meaning even the most rapid of movements appears smooth and realistic.

Equipped with HDR perfect and a 65% WCG, a 16-zone local dimming technology and 120hz motion blur reduction technology, the 55inch U7A is available from £599 and is the perfect first 4K TV for any gaming-mad fan.

For those looking to step up the heady heights of premium UHD, the Hisense 75-inch U9A is equipped with HDR Supreme and a 100% wide colour gamut, 120hz motion blur reduction technology and 1,000-zone local dimming technology for incredible deep-blacks.

Chris Hare
A True Tech Geek at Heart, I Started my life of being a Tech Geek at the age of 5 with the BBC Micro. Went on through most of Nintendo stuff and now a Xbox and PlayStation fan. I also leaked the information about the leaked Hotmail passwords story from October 2009 that went World Wide. I Started writing tech articles at the beginning of 2011, most of my articles are about Android phones and Xbox One and PlayStation 4 and other gaming news. When Chris has free time its with the family.
Previous articleLucid Sound LS35X now shipping for Xbox One and PC
Next articleReview of the New Honor 8X (6.5 inches ) with a Kirin 710

It actually feels quite a weird time for the...
Read more
Tech

Crypto games: a guide to the new online gaming trend

With the creation of cryptocurrencies and blockchain technologies, many...
Read more
Gaming