Huawei Consumer Business Group revealed the release schedule for GPU Turbo, a graphics processing technology built from the ground up, that will revamp the ability of smartphones to process graphics-intensive applications like games. Arriving as part of an EMUI update to a range of Huawei devices, GPU Turbo will allow users to enjoy much-improved gaming performances without having to upgrade their devices. 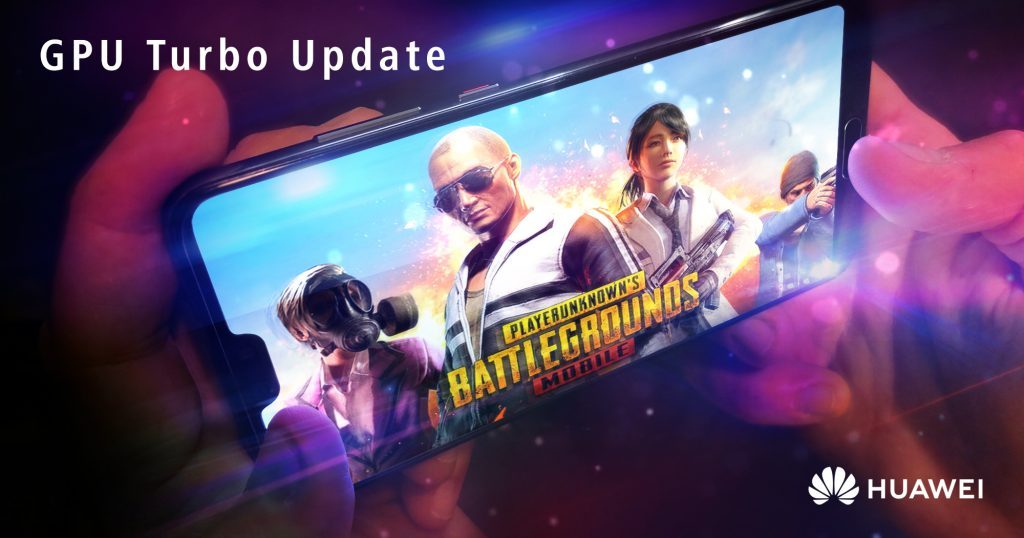 The industry is faced with a challenge whereby GPUs are unable to keep up with the demand of more graphically-intensive applications, such as gaming and VR. Huawei’s approach to re-architect how graphics are processed at the system level is a novel method, representing the company’s commitment to innovation and supporting its devices for an extended period of time post-launch. Huawei engineers took design cues from a car’s turbocharger, which uses a cylinder to feed extra air into the combustion engine to give a vehicle an extra boost of power at no additional fuel cost. The same concept was applied to GPU Turbo, which takes its namesake from the turbochargers of automobiles.

GPU Turbo is able to accelerate performance by optimizing system utilization of software and hardware resources. GPU Turbo will raise the bar for GPU performance across Huawei smartphones, beginning with the HUAWEI Mate 10 and P20 Series in August. With GPU Turbo installed, graphics processing efficiency is improved by up to 60 percent while overall SoC power consumption is saved by 30 percent. This is beneficial since graphically demanding operations typically consume battery quickly.

The unveiling of GPU Turbo comes at a critical juncture, especially as mobile gaming is on a sharp rise globally. In 2017, gaming spend on mobile devices was more than two times greater than on PCs and almost four times more than traditional game consoles, according to IDC. The mobile gaming segment represents US$46.1 billion worldwide, encompassing 42 percent of the total US$108.9 billion market for gaming revenues in 2017, reported Newzoo, a market intelligence organization for the gaming, mobile and eSports industries. The figure for mobile shows a 19 percent gain compared to the prior year.

Aside from mobile gaming, GPU Turbo will deliver an optimized EMUI experience for Huawei devices. The performance boost will also benefit nascent technologies such as AR and VR, opening up boundless opportunities including for virtual classroom, online shopping, telemedicine and more. For instance, through AR and VR, users can take a tour of a location through their smartphones, as though they were actually there in-person. The GPU Turbo gives the hardware a helping hand to ensure these graphically taxing applications run as smoothly as possible.

Chris Hare
A True Tech Geek at Heart, I Started my life of being a Tech Geek at the age of 5 with the BBC Micro. Went on through most of Nintendo stuff and now a Xbox and PlayStation fan. I also leaked the information about the leaked Hotmail passwords story from October 2009 that went World Wide. I Started writing tech articles at the beginning of 2011, most of my articles are about Android phones and Xbox One and PlayStation 4 and other gaming news. When Chris has free time its with the family.
Previous articleFitness Fanatics… Epic transformations in film that will leave you wishing you trained a bit harder
Next articleBrainwavz introduces its M2 IEM in-ear noise isolating earphones