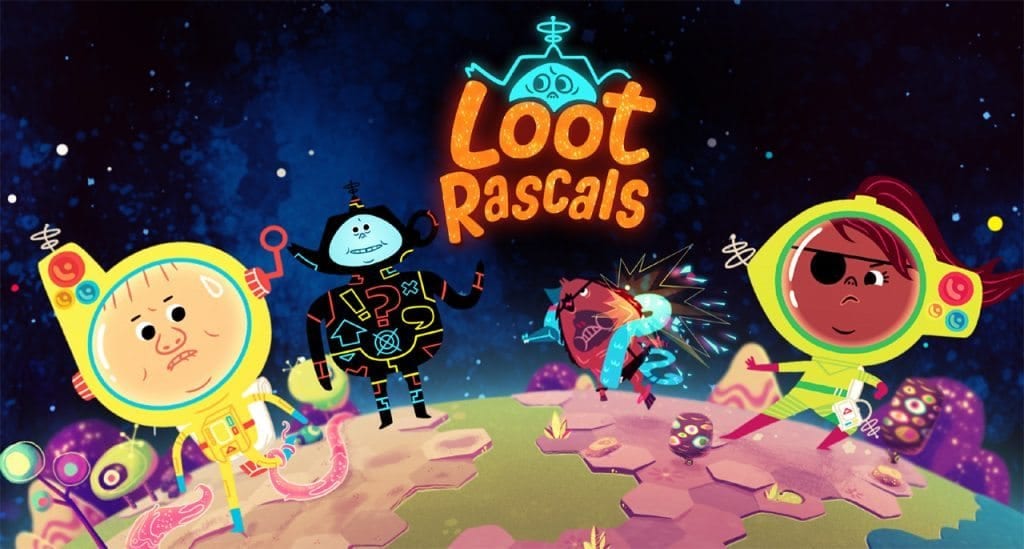 Loot Rascals is a turn based game and this is shown via the turn meter in the top right. As you move between the tiles, the counter changes. Combat begins when you share the same tile as an enemy and attacks are taken in turn, however it’s not as simple as getting lucky and hoping to get the bigger hit in.

This is where Loot Cards come in to play and how you use them can require strategic thinking. Loot Cards are essentially power ups which are split between orange cards which increase your attack and blue cards which increase your defence. Depending on how you lay them out affects your abilities and how strong you can become, cards can be further enhanced with special abilities when certain enemies are defeated for example, defeating a Burn Baddy will bestow upon you a burning card. Add this to one of your cards to get the burn ability which lets you fry a monster from a distance.

Abilities can be used via the ability selector in the bottom right and these can be regained by using a charge tile or revealing hidden tiles while in combat.

As part of this, choosing which cards to sacrifice is important due to the fact that they can be decompiled in exchange for tokens which aid in health recovery. This can be done in the dome which is a sort of safe house where you can review info you’ve forgotten about and reorganise your deck.

The objective on each map is to find the exit portal within the number of moves available and escape. When you exceed the initial amount, (name of creatures) appear to clean up the dead bodies you left all over the place, believe me when I say that you don’t want to be around when these annoying things appear as they get stronger very quickly. 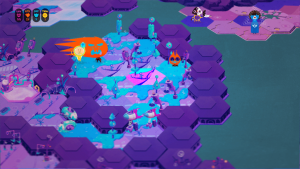 Enemies work on day and night cycles, the main difference being that some are much stronger during a particular time. Each cycle is only a few turns apart, but this is important as you will have the ability to get the first attack during the right time. The best way to tell this is by the badge above their heads. Orange means they will attack first and blue means you’ll be laying the smack down to begin with.

Think you can just die and memorise the map? Think again as each map is procedurally generated, so no play through is ever the same. Also there are enemies who can steal your cards when you come in contact with them or if you’re defeated. While this just felt like I was being robbed, when you die you essentially lose all your cards anyway.

While this can all seem slightly overwhelming, there is a tutorial mode present in the game which I highly recommend you do first, especially if you haven’t played any titles like it before. It’ll give you the full step by step rundown to fully understand how to use the game’s mechanics. 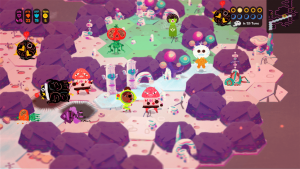 In terms of the story, let’s just say there really isn’t anything there that will grip you from a narrative standpoint, but instead is meant to be taken light heartedly due to the comedy present. Essentially your mission after landing on this planet is to save Big Barry (which is a machine) and get away as quickly as possible.

Loot Rascals tests not only your thinking skills, but your patience at the same time as you weave your way through these maps while trying to keep the move counter down and collecting as many cards as you possibly can.

It present a lot of humour which can make things pretty light-hearted and visually it stands out, something I’d compare to an early morning British cartoon… you know minus all the dead bodies and destruction.