Review: Troll and I

Potential and delivery, two aspects in video gaming that are crucial to the foundation of any game’s success. Troll and I is a game that starts off with a lot of the first one, potential. Trailers for it captured my attention and after playing ‘The Last Guardian’ at the end of 2016, I was intrigued to see if another “character with mythical creature’ team up game could bring a similar experience. Sadly it quickly showcases what happens when potential and delivery turns into ambitious but terrible execution of ideas.

I truly was looking forward to playing this game, really wanted to like it and just by the trailers this was a game that hinted at having so much of what I enjoyed about The Last Guardian but obviously with a much small development budget. I only wish that the developers saw sense in keeping within their limitations and focused on delivering on quality gameplay and story but instead Troll and I ended up being a total miss mash of ideas and concepts borrowed from other games and thrown together so haphazardly that it undoes its own potential in frustrating fashion.

The game is set in Scandinavia just after World War II and opens with a cut-scene showing a really badly animated meeting between some old rich dude and a sinister looking guy, and my heart sank in the first few minutes. The game engine and character models just look very much like a last generation game that has been given a HD remake, and not a very good one. The main story is set up however as the old man hires the sinister guy to hunt down a legendary creature of Norse Mythology, the Troll. The game then quickly jumps to Otto, a young boy who is sent out to hunt food for dinner by his mother. Now in the brightness of daylight the quality of animation and player models looks even more tragic. His mother looks more like an older sister and Otto for no real reason has dreadlocks that just look strange and out of place but you kind of just go with it. 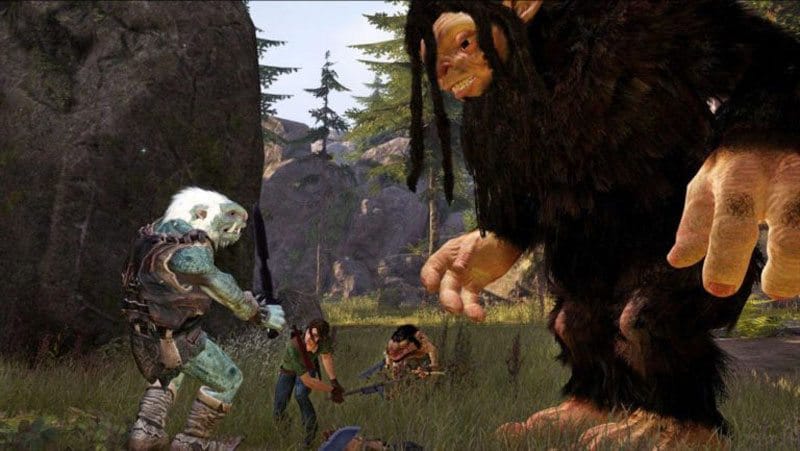 The first hour or so as Otto goes hunting serves as a tutorial for the basic gameplay that Otto has. He has a hunter sense that enables him to track animals by their footprints and can cut down trees to make wooden spears to throw. This is where the potential quickly became over ambitious because so much of what the tutorial is suppose to teach the player about how to play simply becomes a demonstration of how much is just wrong in this game. It is so bad that if a demo for this game was released of just this first section, no one would go on to buy the full game. The hunting side is so clumsy and inaccurate thanks to an over the shoulder camera angle that really becomes a hindrance the further into the game you go. The footprints the sense is supposed to reveal are barely visible and very easy to lose track off forcing you to restart the hunt. When you do finally catch sight of the almost ninja level wild boar, the game then fools you into thinking you can throw a spear and kill it at a good range, but you cannot. Instead the game wants you to get closer but does not tell you this, instead the aiming shows you making contact with the boar then throwing the spear that makes it to the boar simply obliterates without hurting it.

That frustration is a theme that runs all the way through the gameplay and it breaks the experience so much. The game will show you how something can be done but then it is just so lazy in that it gives no follow up help should the mechanic fail, instead it just repeats the same line of dialogue for Otto where he admits he got it wrong and must try harder. If that is how you are going to do the teaching of gameplay mechanics then you have to make sure those mechanics are polished and worked but when they do not such as using spears, you have to do more to help the player get a better handle on how to use them better.

Something that stuck in my mind is that Troll and I is marketed as a full price AAA game but it is very clear that it had a very limited budget, so when such things as the visuals begin to fail you got to start asking how it was given the high tier of pricing for what ultimately comes across as nothing more but a £15 indie title or arcade game level release. When moving around the woods and the draw distance of the world around you is so short, literally watching trees, grass and foliage generate in front of you as you move is eye rolling at best and insulting at its worst. Almost everything this game does unravels the potential it shows right before it breaks down.

Nothing really makes this point more than when the Troll is finally introduced into the game. The game tries to make the player feel an emotional connection to the Troll much like other games featuring a partnership of two characters but sadly I never did. Gameplay wise with a combination of the RB button and Dpad, the player can switch between controlling either Otto or the Troll, with commands to follow or stay as well. In combat Troll is capable of just one hit killing enemies or sweeping them away with one swing of his arm. He is so powerful that you really never feel the need to use Otto in combat despite the game taking a bit of time to explain how Otto can craft weapons and fight enemies. Then there comes the awkward and clumsy platforming with level areas designed to make Otto and the Troll have to work together to navigate around which just feels forced and fails to work as fluidly as it needs to. 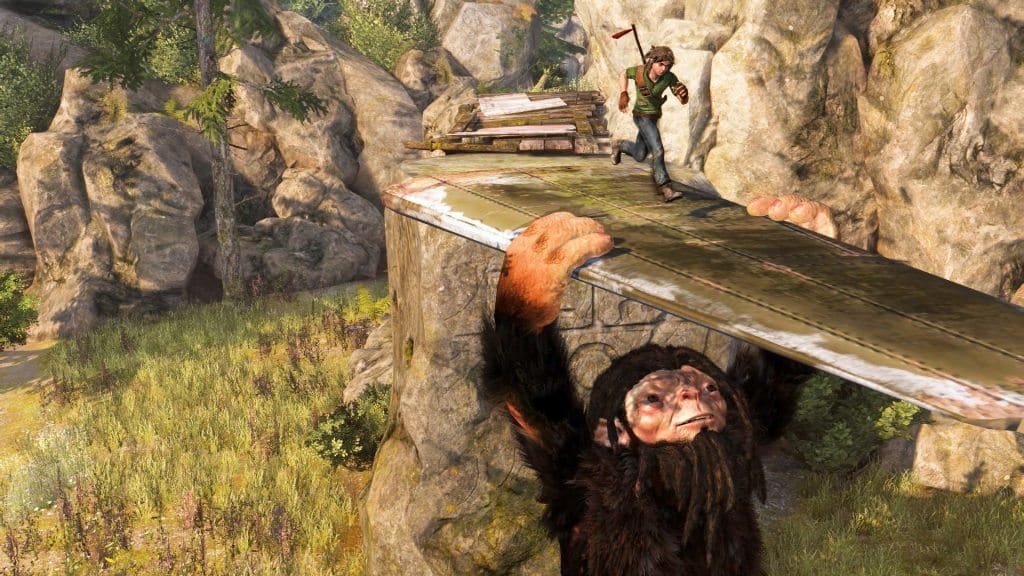 Overall Troll and I had the chance to do something really great but in trying to do everything the developers thought the game should do, it ultimately does so much of it badly. By doing it badly it often breaks the pace and gameplay to the level that it is more frustrating and draining than fun and enjoyable. It cherry picks popular ideas from other games and the original essence for the game is buried underneath the poor execution of those elements. This is not a game that deserves the AAA pricing that it has, if had been released at half the price along with other indie level games then it could have had a level of forgiveness almost but if you are going to be charging full price for this game it has to be of a better quality in terms of visuals and gameplay for which it just never manages to reach.

Potential and delivery, as I opened with, doing both of these can create a great game. But being over ambitious cost Troll and I in just about every way, it is just not enjoyable to play and with too many issues it certainly needed to be more refined before it released. Destined to be more of a “oh this could have been great” than an instant classic, it really is a shame it failed more trying to do too much than simply focusing on what it wanted to deliver.