Armie Hammer’s new film Mine out in April

After an assassination attempt goes wrong, Sergeant Mike Stevens (Armie Hammer, Nocturnal Animals, The Man from U.N.C.L.E) finds himself stranded in a sub-Saharan desert in the middle of a mine field. Tired, alone, and bereft of all resources, Mike must battle his inner psychosis and draw on every part of his military training to face the ultimate test of survival. 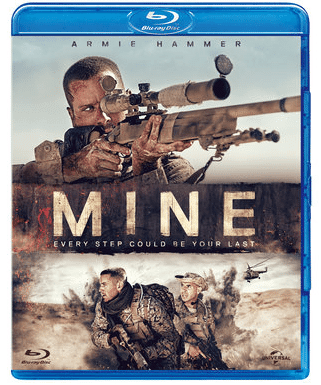 With a cast featuring Tom Cullen (Downton Abbey, Weekend) and Annabelle Wallis (The Mummy, X-Men), MINE powerfully explores the human condition and endurance of one man, and his will to survive against all elements to get back to his family.

MINE is a must-watch for all action thriller fans and is released on BD, DVD and Digital Download from 17th April 2017.

Andrew Edneyhttps://moviesgamesandtech.com
I am the owner and editor of this site. I have been interested in gadgets and tech since I was a little kid. I have also written a number of books on various tech subjects. I also blog for The Huffington Post and for FHM. And I am honoured to be a Microsoft MVP since January 2008 - again this year as an Xbox MVP.
Previous articleUbisoft – For Honor get your weapons ready
Next articleWin tickets to The Baby Show at ExCel London – 3rd to 5th March

MARVEL have truly managed to make even a trailer...
Gaming

If you love relaxing puzzle games with beautiful illustrations, then Mosaic Chronicles is the perfect game for you!
Christmas 2021

Spoil the gamer in your life