Get ready for Halloween with Dead Rising: Endgame out on DVD and Blu-ray on the 31st October. 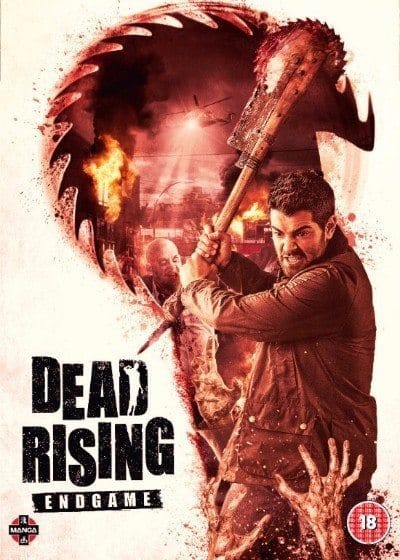 After narrowly escaping a zombie quarantine, investigative journalist Chase Carter can’t shake the guilt of having left a trusted colleague behind. Now, as he heads back into the quarantined zone to expose the architects of the outbreak, he will uncover a secret more evil than he could have imagined. Guarding this secret is General Lyons (Dennis Haysbert, The Unit, 24), a ruthless military officer determined to silence anyone who threatens the government’s fatal plans. With mass annihilation looming, Chase—along with a group of dubious allies—slices, hacks and bludgeons his way through the zombie hordes that plague every corner of the abandoned city.

Chris Hare
A True Tech Geek at Heart, I Started my life of being a Tech Geek at the age of 5 with the BBC Micro. Went on through most of Nintendo stuff and now a Xbox and PlayStation fan. I also leaked the information about the leaked Hotmail passwords story from October 2009 that went World Wide. I Started writing tech articles at the beginning of 2011, most of my articles are about Android phones and Xbox One and PlayStation 4 and other gaming news. When Chris has free time its with the family.
Previous articleWin Air Storm toys from Zing
Next articleJust Dance 2017 track listing revealed