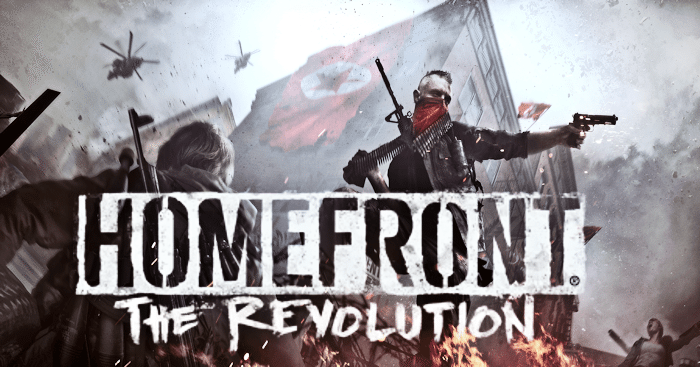 The Voice of Freedom casts the player as Benjamin Walker, legendary figurehead for the rebellion and the KPA’s most wanted man, as he tries to infiltrate Occupied Philadelphia and meet up with Jack Parish’s Resistance Cell.

This tense, story-driven prologue will test the player’s stealth and combat skills as they encounter a sinister and hostile faction in the subways of Philadelphia – the ‘90’. The Voice of Freedom is free to all holders of the Homefront Expansion Pass, and available to purchase separately for £4.99 on PS4, and £4.49 on PC and Xbox One.

You are Benjamin Walker, hero of the Resistance and the most wanted man in America. Now you are risking everything to infiltrate Philadelphia and ignite a revolution that will sweep the KPA out of America on a tide of bloody vengeance. If you fail all hope for freedom is surely lost… –

It is ready to download now for Xbox One, the PlayStation 4 and Windows PC via Steam. Players returning to Homefront: The Revolution will also find that the recent ‘Performance Patch’ has massively improved the overall experience.

Chris Hare
A True Tech Geek at Heart, I Started my life of being a Tech Geek at the age of 5 with the BBC Micro. Went on through most of Nintendo stuff and now a Xbox and PlayStation fan. I also leaked the information about the leaked Hotmail passwords story from October 2009 that went World Wide. I Started writing tech articles at the beginning of 2011, most of my articles are about Android phones and Xbox One and PlayStation 4 and other gaming news. When Chris has free time its with the family.
Previous articleDisney Magical World 2 coming to the 3DS this October
Next articleFantastic Beasts – October Fan Event with Cast