Futuridium EP Deluxe has made it to the Nintendo Wii U after enjoying a successful launch on other systems like the PlayStation 4.

The idea behind the title is to put players in control of a spaceship as they attempt to make their way through a series of levels. The spaceship is part of a fleet that is forcibly separated during a mission. It’s then up to players to help the pilot get out of the dimensional loop that the spaceship was transported to.

Getting out of this dimensional loop involves completing five zones within the realm of the Deluxe mode. This means having to finish ten levels for each of the zones. The objective is to shoot every blue shape and then destroy the core that appears. It’s a pretty straightforward goal and it doesn’t change throughout the time spent playing all five zones.

Two difficulty settings are provided in order to ensure that the title appeals to a wider range of players. In the Original difficulty setting, the character will die when an energy bar has been depleted. This energy bar is being slowly depleted and so it’s necessary to complete each level as quickly as possible. It’s the opposite with the Remix difficulty setting and it does make it easier to take out the blue shapes without having to be in a rush and potentially crash the spaceship. 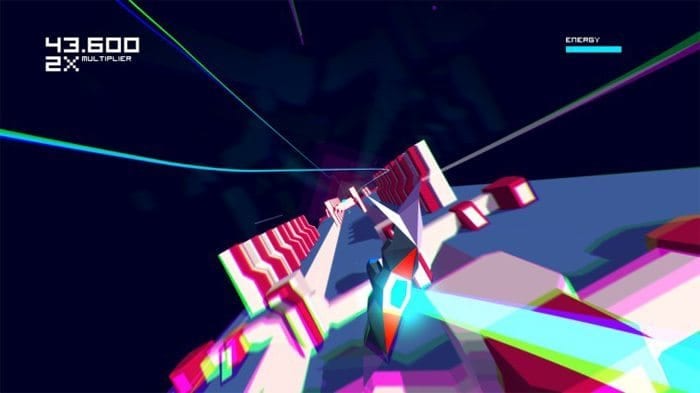 Regardless of the chosen difficulty setting, crashing the ship means losing energy. It’s then necessary to make use of a continue if the ship is crashed or if all the energy is depleted in the Original difficulty setting. It’s all over once there are no continues and it means having to start a zone again from the start. This wouldn’t be much of an issue if it wasn’t for the fact that most levels are quite similar. It’s not ideal to have to play through them again just to get to the level that was reached prior to losing all continues. It would have made more sense to at least be given the option to continue from the same level.

At least it’s possible to play levels individually after completing the first zone. Even any levels that are played before completing the current zone. Despite the fact that most levels are fairly simple, the control scheme makes it more difficult to finish some of them.

This is due to the fact that the spaceship turns very slowly in any direction, with the exception of a button used to turn it in the opposite direction. There is a button that speeds up the spaceship, but even so it is oddly difficult to efficiently turn it in a direction to avoid obstacles and shoot the blue objects.

Stuck in between the normal levels in every zone are bonus levels that usually require making use of in-level tools, like one that provides the spaceship with a short burst of speed, to complete them. At least they do help to break up the routine that comes with completing the standard objective. There are other features added to levels as well, such as missiles that target the spaceship.

One of the highlights of the title is the catchy soundtrack that contains several uplifting music tracks that fit in with the science-fiction setting. What is even better is that the whole soundtrack just plays on loop regardless of which area of the title the player is currently navigating.

The colourful shapes and visuals that make up the levels are also really good and give off a retro vibe. It’s just a shame that the level design doesn’t feel quite as interesting. At least the developers are making good use of the GamePad, since it’s possible to use it to play the title on the screen. 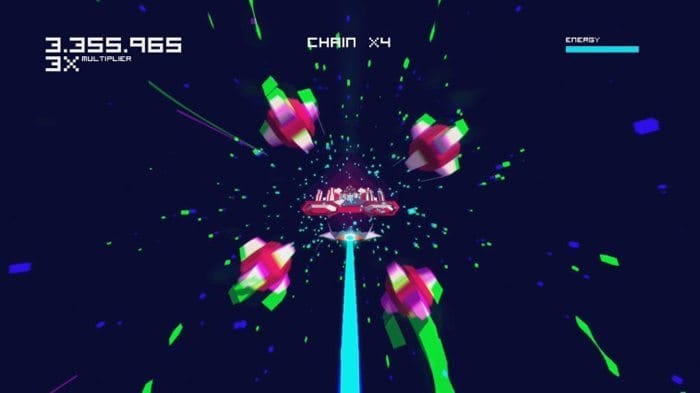 Those interested in extras will like to know that there are plenty of secrets to uncover and other modes. It’s just a matter of putting up with some of the more dubious design choices. There are also online leaderboards which is always a nice feature to have in a title like this, where it’s possible to keep improving the score for each level.

There is no doubt that Futuridium EP Deluxe is a stylish title, but it also seems to suffer from a mild case of style over substance.