Just in time to get you ready for Uncharted 4 comes a remaster of another ‘Indiana Jones Simulator’ – Adam’s Venture Origins. More than just a remaster to be honest this release in more of a reimagining with new gameplay mechanics and controls added atop the nice new HD resolution. No time is wasted introducing you to the protagonist and the handful of main characters that will join you throughout this adventure.

The first thing I noticed was how instantly unlikable everybody is. The totally snooty library assistant does nothing at all to try and gain your affection. In fact every interaction is more or less Adam being incredibly sarcastic and trying to be funny followed by an, almost justifiably, irritated response. On occasion Adam manages to very nearly hit the mark and comes across as charming and witty but it’s far from consistent.

The voice acting sort of just has the feeling of being dated and overstated like so many games used to be. In it’s day I imagine it was considered ahead of the curve but here and now it lacks that modern realism and spark. It follows down from the old voice acting that the characters then become unlikable. The loveable rogue is tricky to pull off and without a truly world class voice acting performance it’s simply not possible.

Admittedly there’s very little scope for updating the voice track aside from completely re-recording the game which you could argue isn’t particularly practical. Visuals however are a little more scalable. It’s always amazing what an HD resolution can do to improve a title and Adam’s Venture is no different. Especially considering the age of the original there is some nice detail and enough lighting and particle effects to keep you interested when exploring the areas.

Most of the remastery has definitely taken place visually. Of course it’s never going to compare to anything modern or set any trends but it certainly looks respectable. The biggest problem visually is some nasty frame drops in certain areas that really help remind you this is an old game beneath the new resolution. But overall I had a smooth experience and the graphics didn’t get in the way of my adventuring. 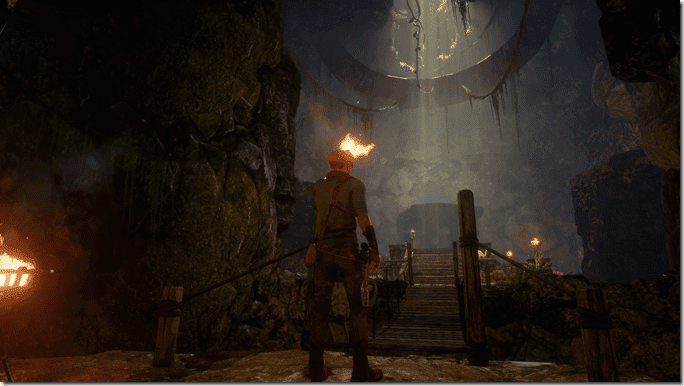 Aside from the largely cosmetic exploration, puzzles are the main thing that stops Adam from simply walking into Eden and finding his treasure. Wiring a circuit board to return power to a switch or solving impossibly ancient algorithms sealing the way forward are just some of the challenges you will overcome. Only minutes in you are presented with the door to a library locked with a safe dial style system that requires you to reorganize paintings in another room to find the code. Like you do.

I was instantly transported back to a time when games didn’t need to bother explaining themselves or even consider realism at all. It’s one thing to have a tomb or vault littered with vines and foliage containing impossible puzzles but having one at home is just inconvenient. It takes minutes to get into the library in this place. There has to be some fire safety issues to that. 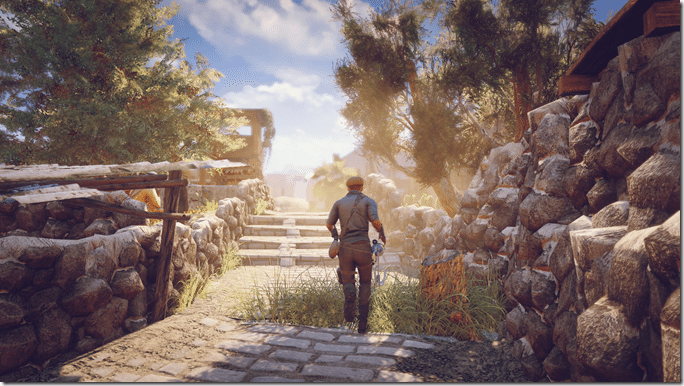 The fidelity and improvements to gameplay are significant and bring Adam somewhere close to a last generation title which is good considering the game’s age. The original puzzles have been updated, but not completely changed, so that gameplay feels far closer to what we expect of a modern adventure game. There are some tricky moments that require thought but it never becomes really tedious and slow.

What is unlikeable about Adam’s Venture is Adam. Rather than coming across as witty and charming he just seems rude. It doesn’t help that I often can’t decide if I dislike his rudeness or if it’s because he’s as sick of the other characters as I am. Without deep characterization it’s not possible to get sucked into the adventure and Adam’s Venture feels more like an abstract puzzler because of it.

Personally I also find the price point a little high for Adam’s Venture even though it does offer a good chunk of adventuring and puzzles. It’s difficult to warrant the £30 currently being asked on Steam when you know Rise of The Tomb Raider is there for £40. If price isn’t a problem then Adam’s Venture is worth playing for a nice distraction. Just ignore anything that talks.

phillvine
Phill has been the director of a small IT repair business since 2011 which he runs alongside studying for his degree in Information and Communication Technologies at the Open University. Video games are his real passion and they take up more of his time than he'd like to admit.
Previous articleReview: Quantum Break
Next articleHere is the new trailer for “Fantastic Beasts and Where to Find Them”