The first episode since the Wither Storm finale, Episode 5: ‘Order Up!’ is available digitally worldwide today on PC and Mac from the Telltale Online Store, Steam, and other digital distribution services, on the PlayStation Network for PlayStation 4 and PlayStation 3, on the Xbox Games Store for Xbox One and Xbox 360, for iOS devices via the App Store, and for compatible Android-based devices via Google Play and the Amazon Appstore. 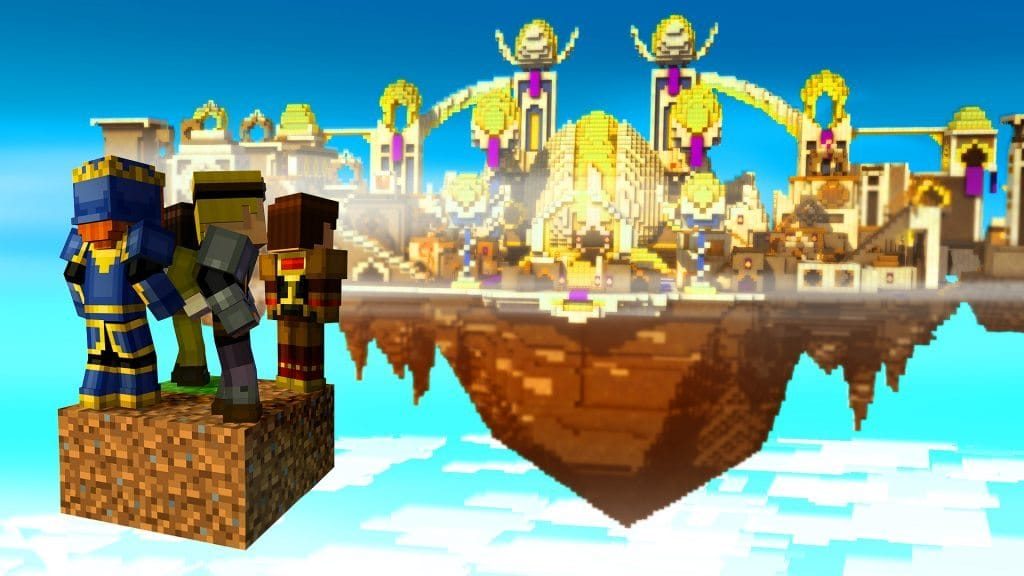 This episode will bridge the gap between the Wither Storm story arc, and three all-new adventures that will continue as post-season episodes set to release in the coming months of 2016. These continuing Adventures of the New Order of the Stone will follow the additional escapades of Jesse the group as they explore new and unfamiliar worlds beyond their own. All three of these episodes will be add-ons to the season, so players will need to own at least the first episode of Minecraft: Story Mode in order to purchase and play these three chapters in the series which will include episodes 6, 7, and 8.

In Episode 5: ‘Order Up!’, on a tip from Ivor, Jesse and friends head to an abandoned temple holding mysterious treasures. Ambushed by former Ocelot Aiden and his crew, our heroes find themselves in an entirely new world: Sky City! As they explore, the Order finds that resources are at a premium, and nothing but ‘The Void’ exists below the known world. When Aiden convinces Sky City’s ruler that the New Order of the Stone are up to no good, you’ll need to make some tough choices to clear your name, and keep Aiden from destroying an innocent world.

Chris Hare
A True Tech Geek at Heart, I Started my life of being a Tech Geek at the age of 5 with the BBC Micro. Went on through most of Nintendo stuff and now a Xbox and PlayStation fan. I also leaked the information about the leaked Hotmail passwords story from October 2009 that went World Wide. I Started writing tech articles at the beginning of 2011, most of my articles are about Android phones and Xbox One and PlayStation 4 and other gaming news. When Chris has free time its with the family.
Previous articleHere is the first image of the new Wonder Women movie
Next articleReview: Bravely Second: End Layer