The LG G5 has a 5.3-inch display, a little smaller than the LG G4 which was a 5.5 inches, but at the same 2560×1440 resolution, and uses the same IPS Quantum technology. For its latest smartphone, LG has adapted the dual display technology of the V10 into an “Always-On” display, allowing a portion of the screen to be lit-up to show the time and notification icons even when the device is asleep the LG G5’s always on display only drains 0.8% per hour. 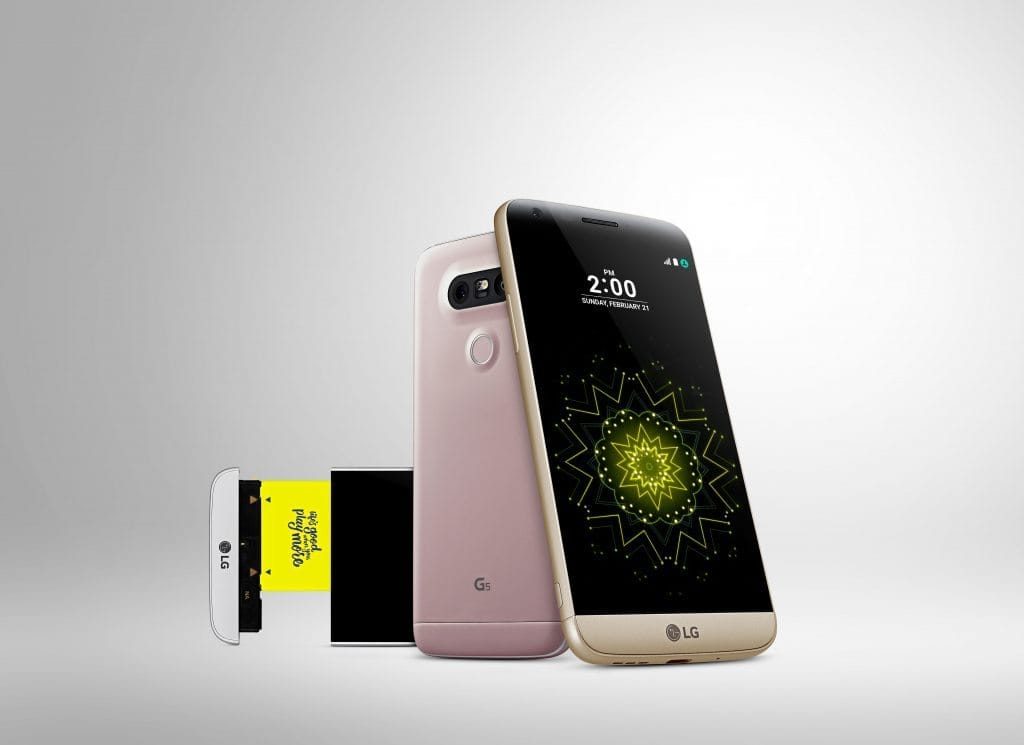 LG G5 includes Quick Charge 3.0 support, this will allow you to charge from 0% to 80% in just 35 minutes. LG has also made the move over to USB Type-C now and touts a rear-mounted speaker.

LG has included a few special hardware features this time around. First, there’s a circular fingerprint scanner on the rear, similar to the sensor found on the LG V10. 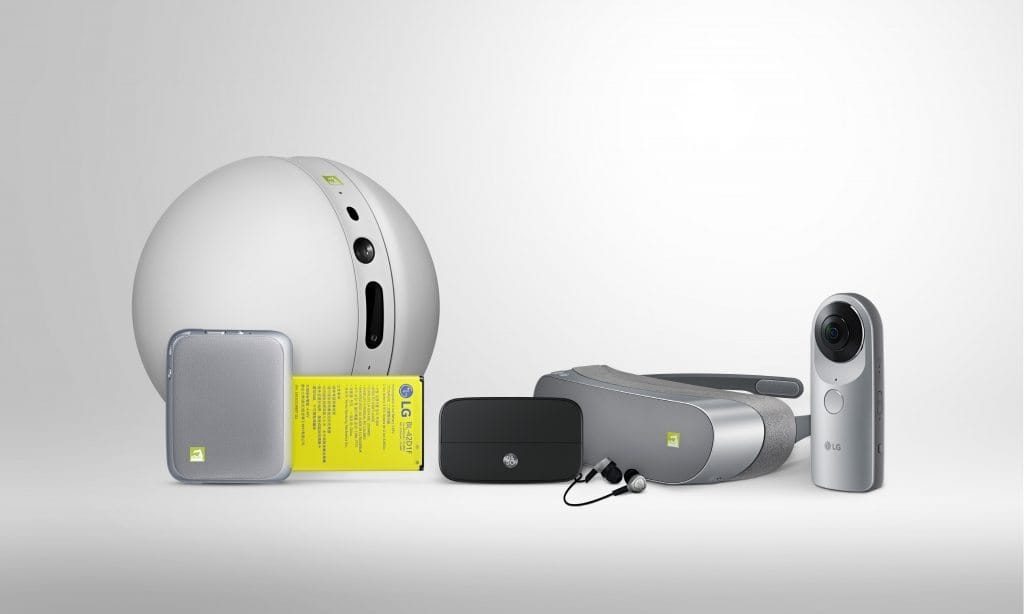 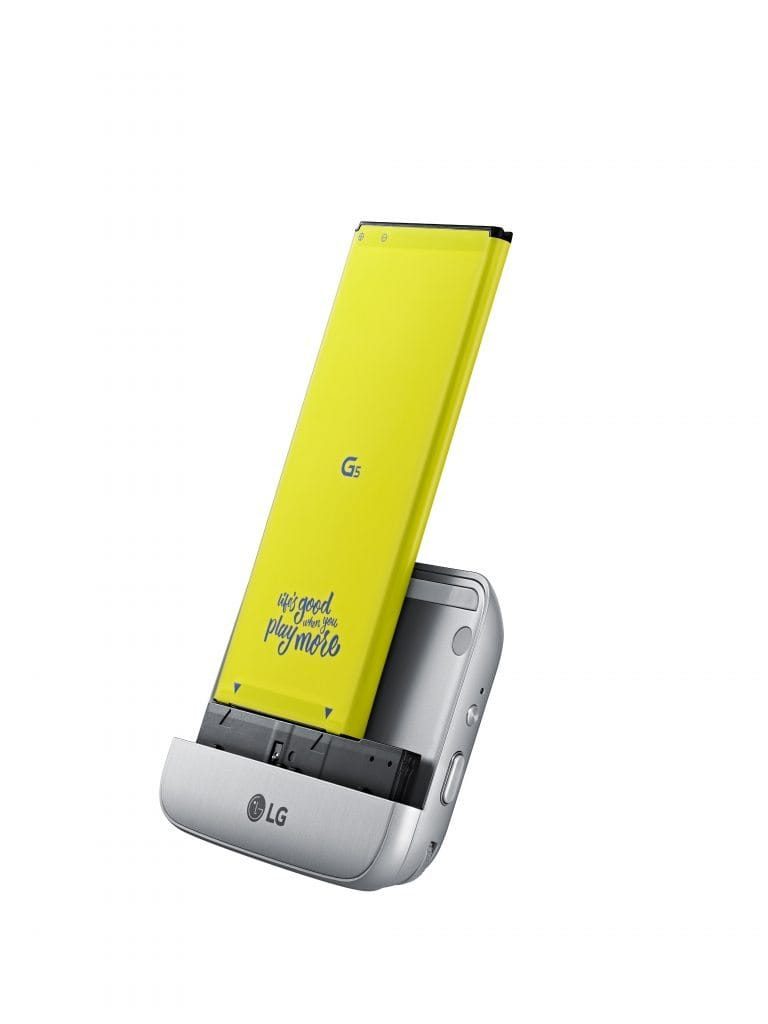 It also offers intuitive auto focus and exposure lock, features usually found on standalone digital cameras. When attached to the LG G5, it provides an additional battery capacity of 1,200mAh to allow for longer shooting times for more fun and enjoyment.

LG 360 CAM – is a compact 360-degree angle camera equipped with two 13MP 200-degree wide angle cameras, 1,200mAh battery and 4GB internal memory, which can be supplemented by a microSD card. The LG 360 CAM can be easily connected to the LG G5 allowing users to create 360-degree content. The LG 360 CAM provides 2K video and 5.1 surround channel recording on three microphones to help users effortlessly create high-quality 360-degree contents. Thanks to the partnership with Google, images taken with the 360 CAM can be uploaded to Google Street View and YouTube360, adding the fun of sharing creative contents with others. The images will also be available to view on the LG 360 VR or other smartphones or devices that are capable of 360-degree content.

The LG Hi-Fi Plus – with B&O PLAY is an innovative portable Hi-Fi DAC audio player developed in collaboration with B&O PLAY to meet the needs of those who seek to enjoy top-notch sounds that have traditionally only been available through high-end audio devices. LG Hi-Fi Plus with B&O PLAY stands out for its simple yet elegant Scandinavian design as well as premium sound technology. 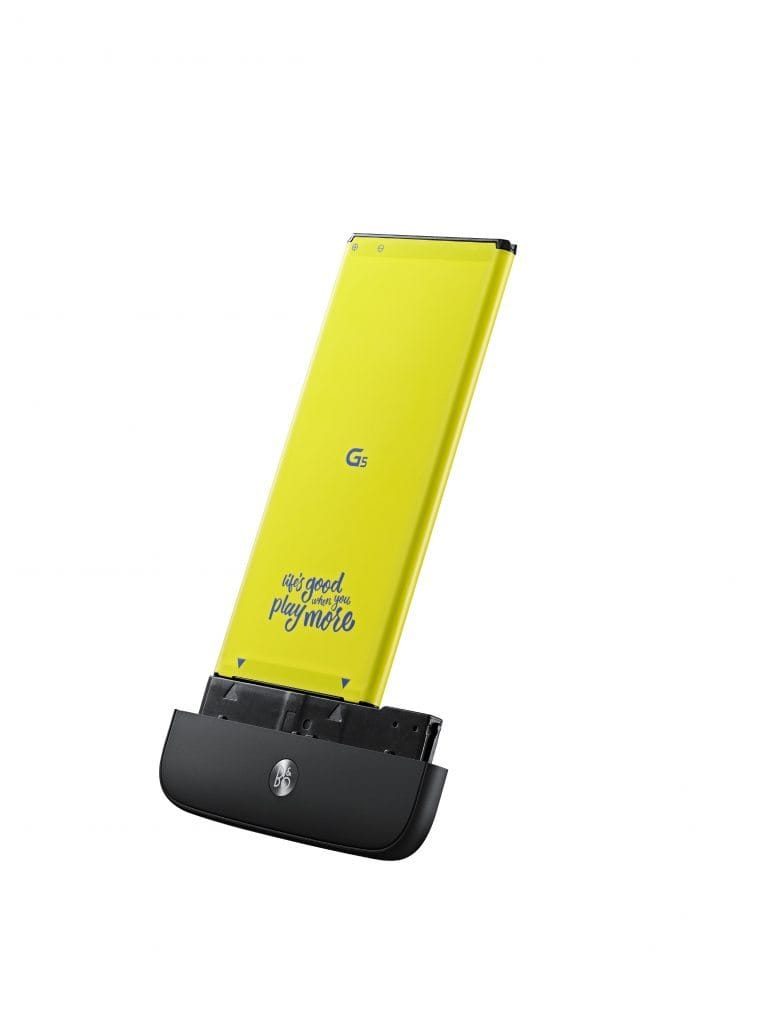 LG says it will announce pricing information in the last week of March, with a release sometime in early April, no pricing just yet from LG.

Chris Hare
A True Tech Geek at Heart, I Started my life of being a Tech Geek at the age of 5 with the BBC Micro. Went on through most of Nintendo stuff and now a Xbox and PlayStation fan. I also leaked the information about the leaked Hotmail passwords story from October 2009 that went World Wide. I Started writing tech articles at the beginning of 2011, most of my articles are about Android phones and Xbox One and PlayStation 4 and other gaming news. When Chris has free time its with the family.
Previous articleStreet Fighter Merchandise from Numskull now available
Next articleMWC 2016 Huawei announces the Matebook 2 in 1 PC