if you want to expand the storage of your Xbox One or Xbox 360, you might want to read our review of the Seagate Game Drive for Xbox. 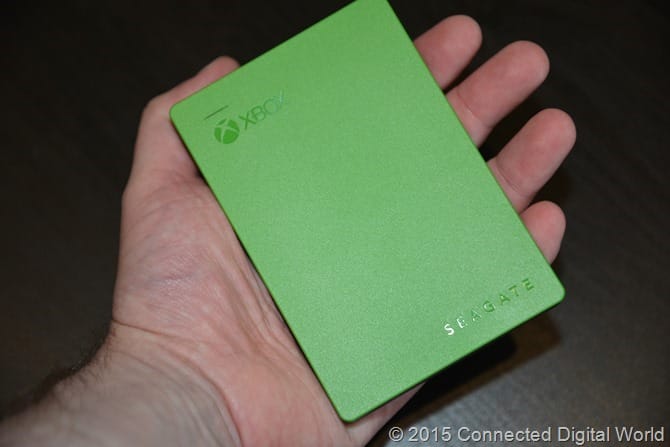 The box contains the Game Drive, a quick start guide and a USB cable. 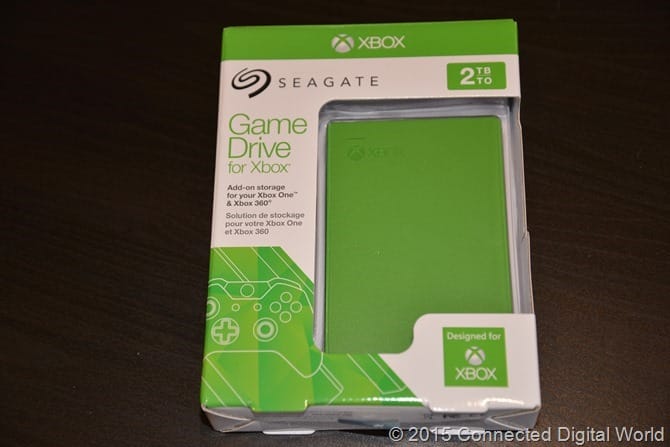 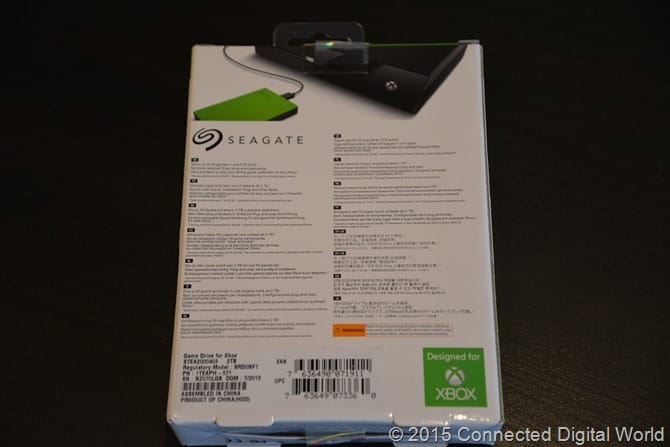 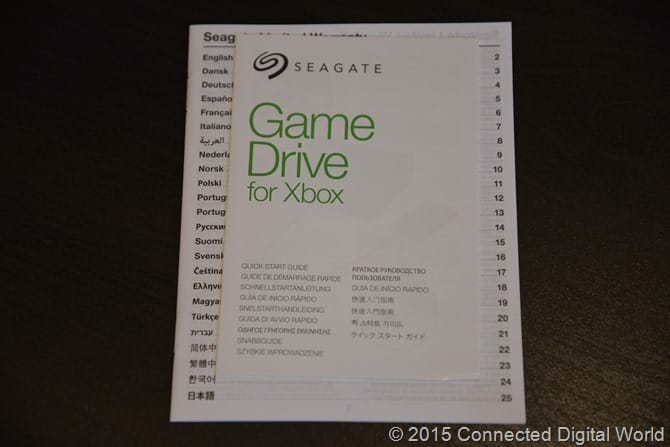 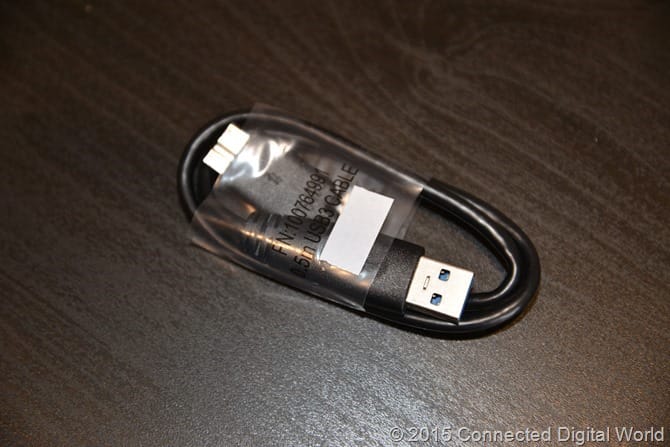 A Closer Look at the Game Drive 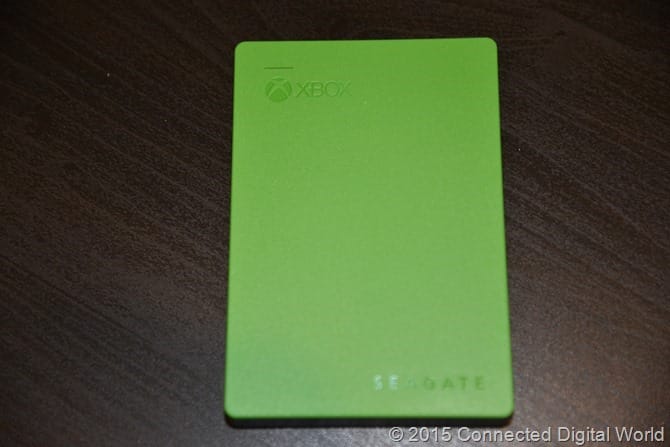 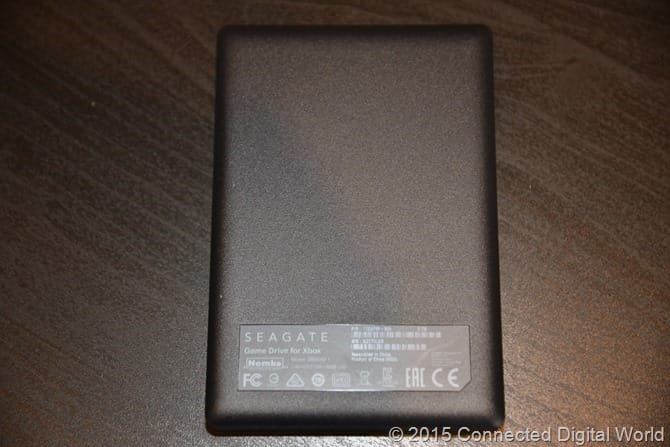 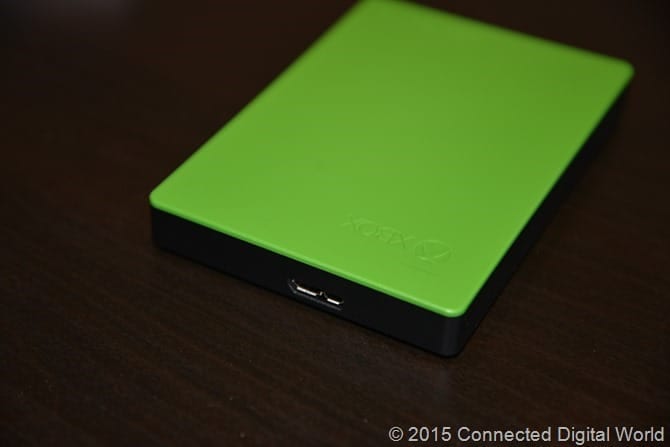 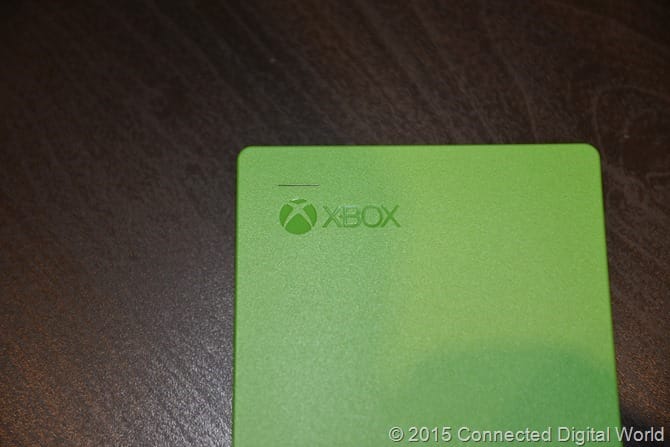 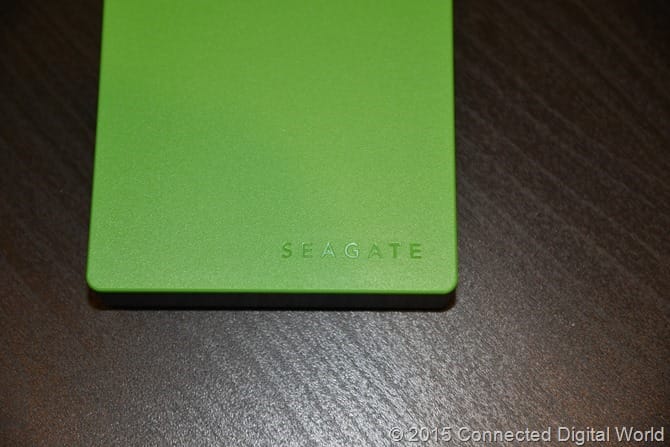 The drive itself is green, Xbox green to be precise and has the Xbox logo stamped on the top of the box. So unlike the WD My Passport X for Xbox One which we reviewed a few months ago, this one is a completely official and branded drive (not that it really makes a difference to the drive, we are just saying).

As with any external drive you want to use with your Xbox One, you just plug it in and the Xbox immediately recognises it and asks if you want it formatted and named. A few moments later the drive is ready to use – it really is that simple and quick.

Moving games from your internal Xbox drive to the Game Drive is simple, with the Xbox taking care of everything for you.

You can also connect it up to your Xbox 360 as well, although the performance is not quite as fast as the Xbox 360 uses USB 2.0 compared to USB 3.0 on the Xbox One.

I found the drive performed really well and seemed very quick to use, along with being pretty much silent.

The drive itself is a rebranded Seagate drive so if you were not bothered about the outer plastic being green and having the Xbox logo stamped on it then you could get the same drive a little bit cheaper, but I think it looks pretty cool sitting there next to my Xbox, so I’m happy!

If you want to expand your Xbox One (or Xbox 360) storage, and let’s be honest, you will want to, and more importantly need it, then the Seagate Game Drive for Xbox is a great addition – you won’t be disappointed.

The Seagate Game Drive for Xbox retails at £95.99, and you can learn more from the Seagate website.

Andrew Edneyhttps://moviesgamesandtech.com
I am the owner and editor of this site. I have been interested in gadgets and tech since I was a little kid. I have also written a number of books on various tech subjects. I also blog for The Huffington Post and for FHM. And I am honoured to be a Microsoft MVP since January 2008 - again this year as an Xbox MVP.
Previous articlePLAY Expo: The Oliver Twins Talk
Next articleReview: The Recreated ZX Spectrum from Elite Systems