Watch some Homefront: The Revolution gameplay

Homefront: The Revolution puts the player in the middle of a full-blown guerrilla war in an occupied United States and we have some gameplay to share. 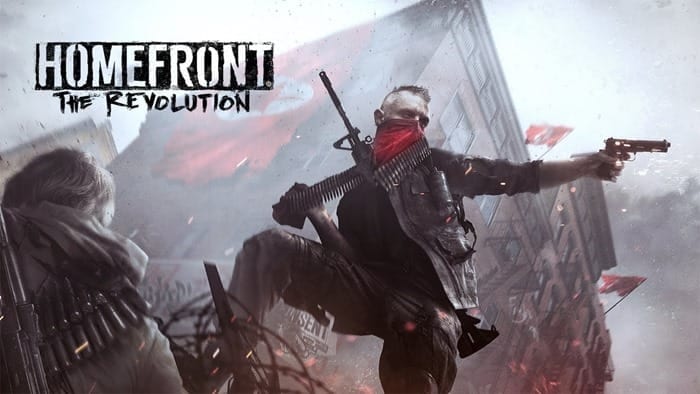 Homefront: The Revolution throws players into an alternate near future dystopia, where a humanitarian crisis has brought the USA to its knees under the brutal military control of a globally dominant Korean corporation. Surveillance drones, armoured patrols and police violence have become every-day life in Philadelphia, the once proud birthplace of American independence. However, in the ruined outskirts of the city, resistance is getting stronger…

On their path to freedom, players have to fight a seemingly un-winnable guerrilla war against a superior military force. Using hit and run tactics, ambushes and infiltration, the resistance relies on surprise attacks and an arsenal of improvised weapons to throw back the oppressors and spread the flame of revolution.

Here is some gameplay from Gamescom, which is what visitors to this weekend’s Insomnia55 also got to play:

Homefront: The Revolution is due for release in Spring 2016 on Xbox One, PlayStation 4, PC, Mac and Linux.

Andrew Edneyhttps://moviesgamesandtech.com
I am the owner and editor of this site. I have been interested in gadgets and tech since I was a little kid. I have also written a number of books on various tech subjects. I also blog for The Huffington Post and for FHM. And I am honoured to be a Microsoft MVP since January 2008 - again this year as an Xbox MVP.
Previous articleTalking Insomnia with Craig Fletcher from Multiplay
Next articleWin A Royal Night Out on Blu-ray

A character named “Ouuuch” gives a speech full of...
Gaming

My Fears As a child the ocean scared me, and...