If you are in the market for a high spec gaming PC then you might want to take a look at our review of the Cyberpower Ultra FX Free Sync PC. 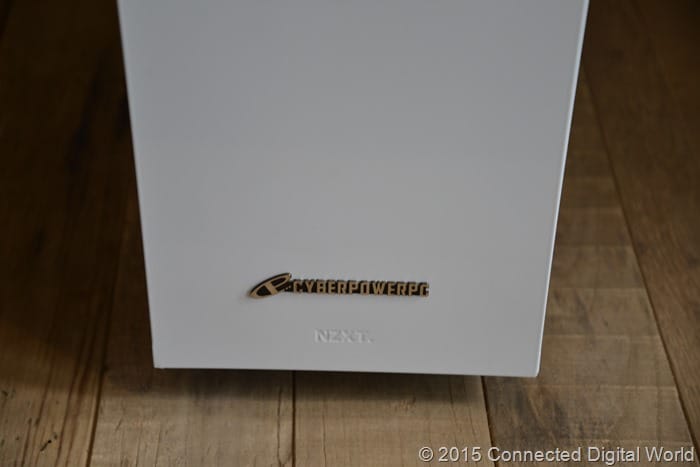 Here are the specs for the model we had in for review: 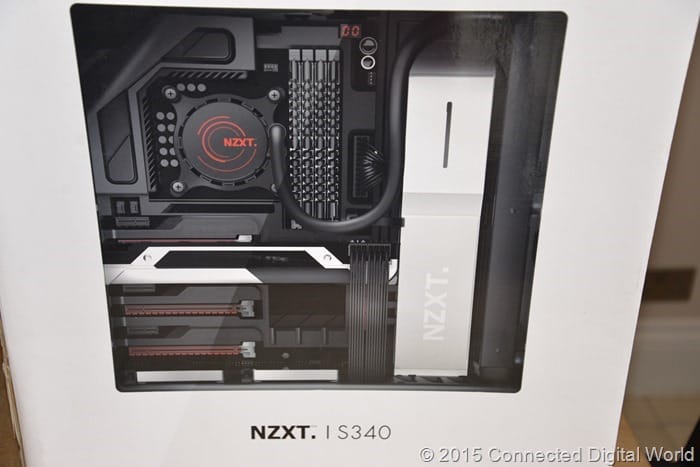 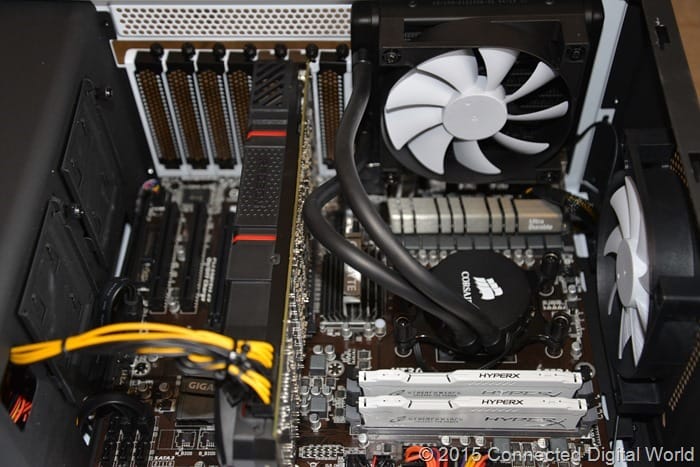 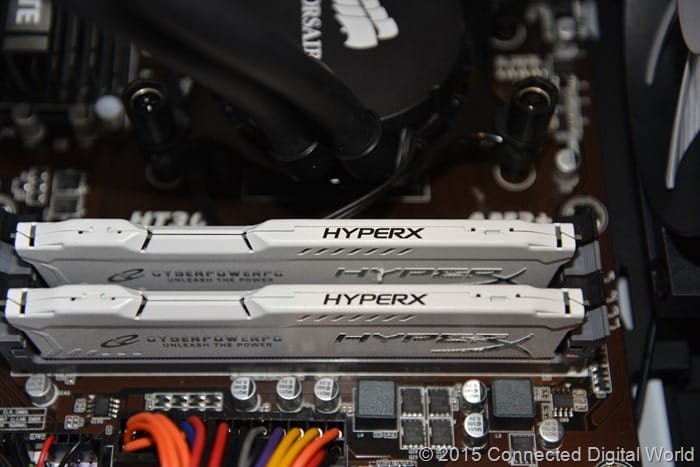 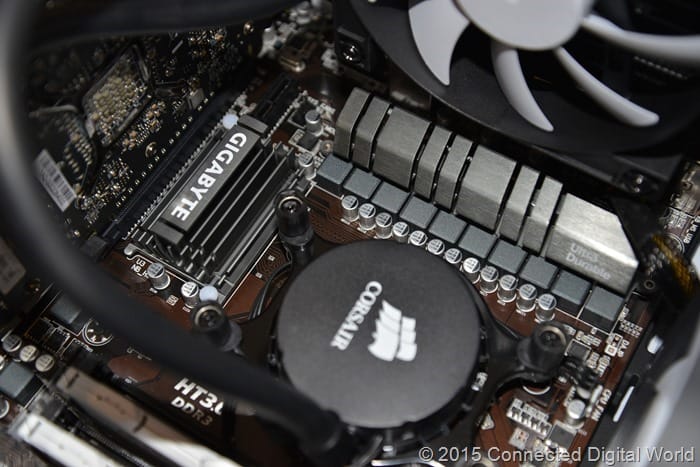 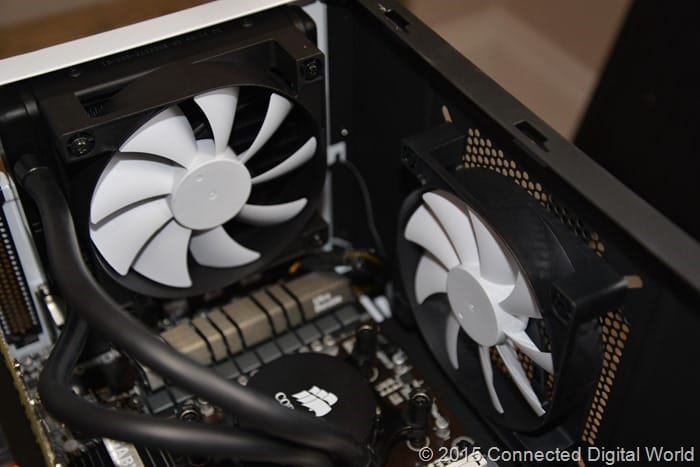 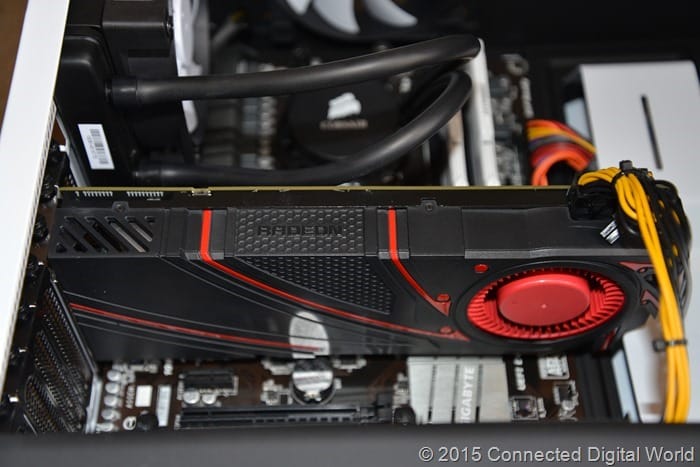 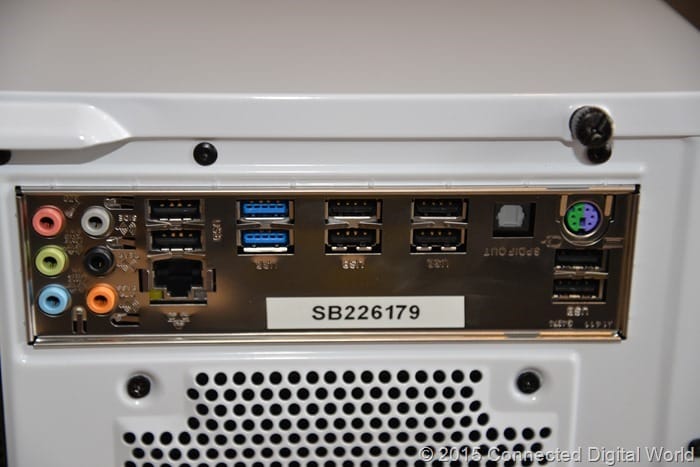 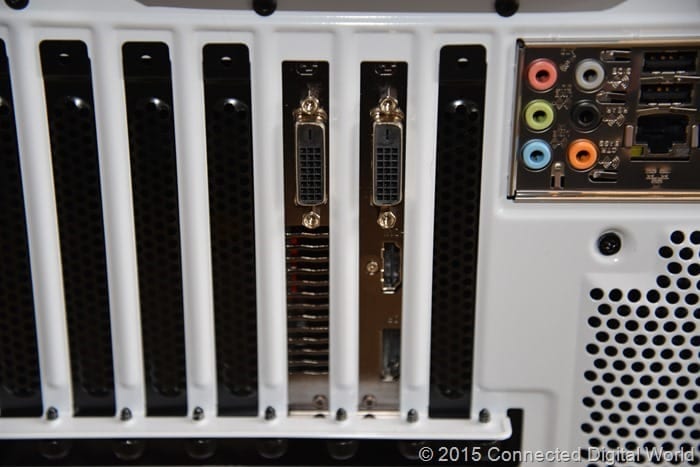 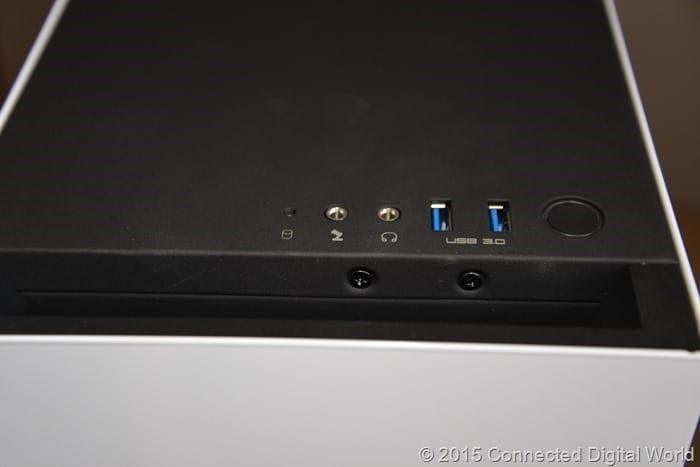 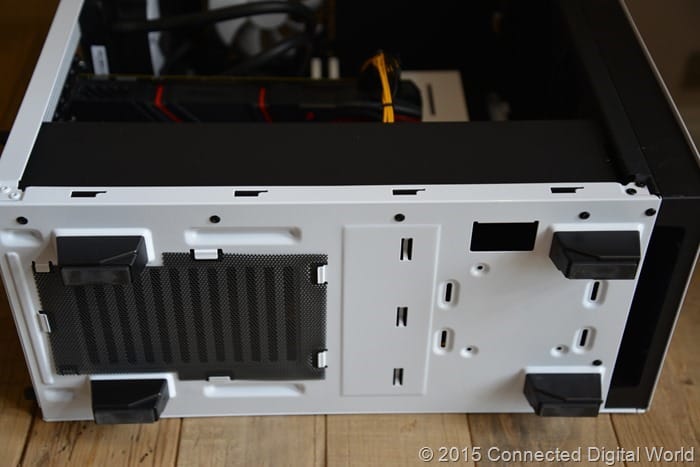 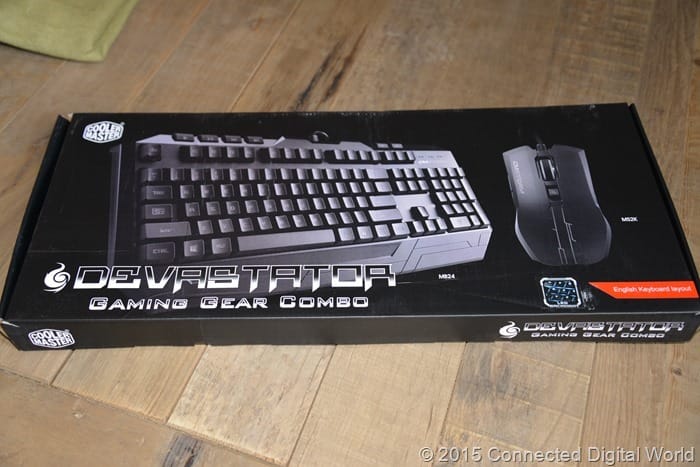 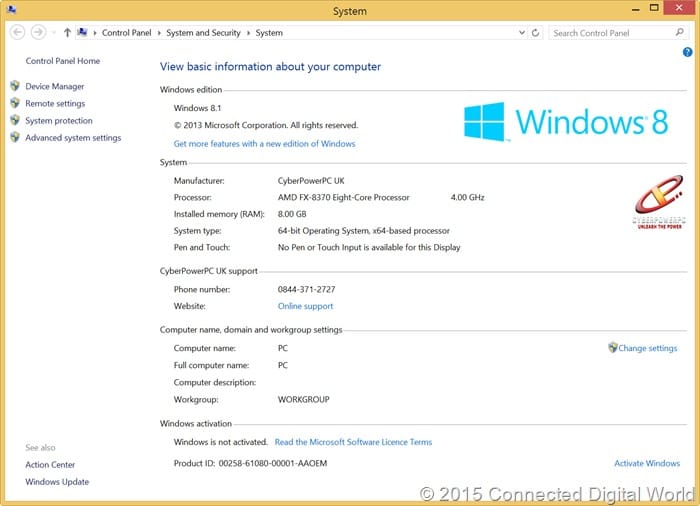 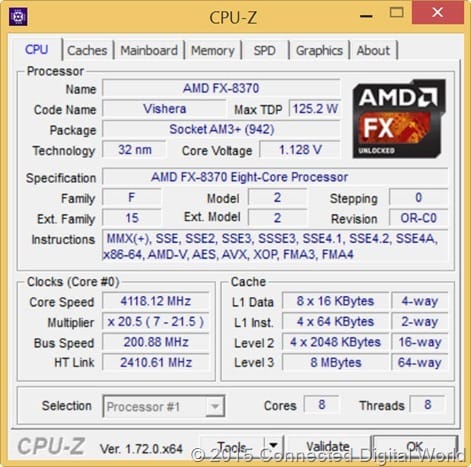 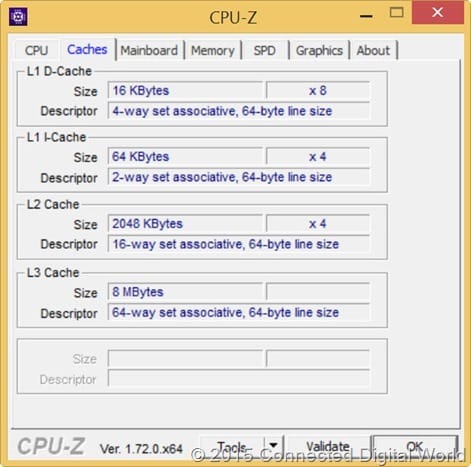 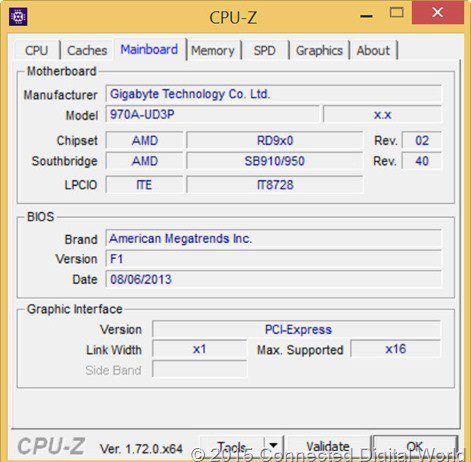 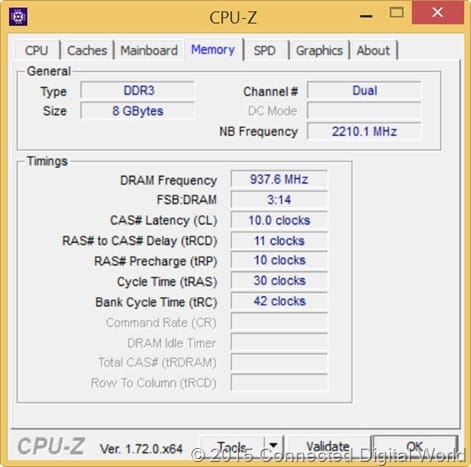 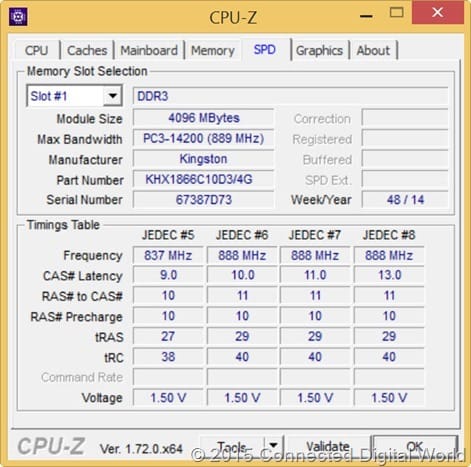 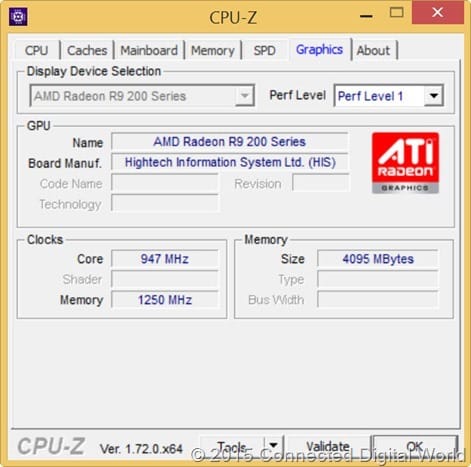 The C drive is the SSD. 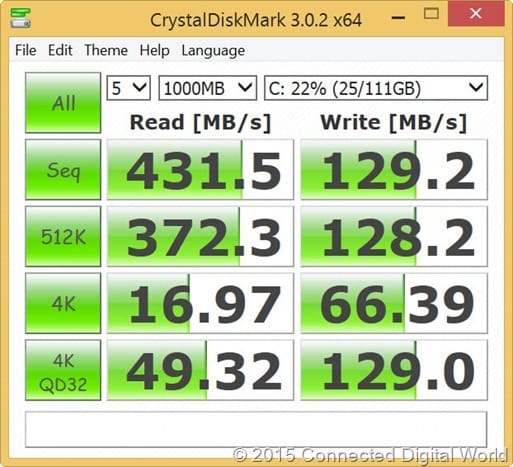 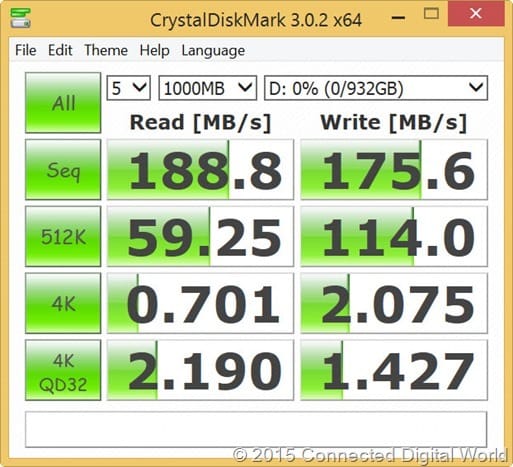 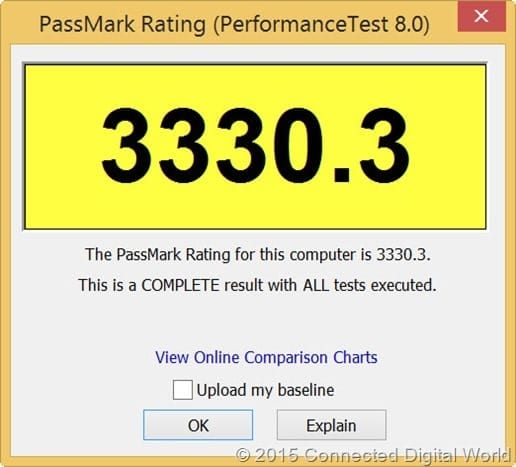 If you are interested in the individual scores compared to other rigs, enlarge each of the images below. 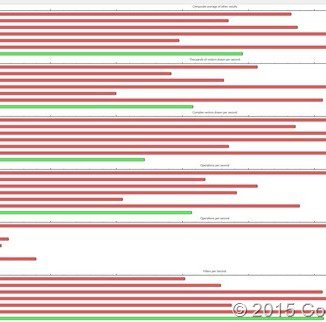 The first thing I noticed was that this beast was well, a beast! Its large and its heavy and it packs quite a punch. I rather liked the clear window on the side of the box so you can see inside, not that it really makes a difference to using the machine, but I liked it.

The machine came preinstalled and preconfigured so all I had to do with plug it in and switch it on. It was running Windows 8.1 (and with Windows 10 just around the corner it’s all ready to be upgraded).

As you can see from the performance tests the machine is both powerful and fast – I had no problem doing normal everyday tasks on it (obviously) but playing PC games on it such as The Witcher and other graphics intensive games also caused no issues.

The machine itself has been overclocked for you so there really isn’t anything else you need to do to it to eek out that little bit of extra power – just enjoy it.

If you are looking for a really good high spec gaming rig (with a great monitor) then you should definitely have a closer look at the Ultra FX Free Sync.

You can order one now from the Cyberpower website.

Andrew Edneyhttps://moviesgamesandtech.com
I am the owner and editor of this site. I have been interested in gadgets and tech since I was a little kid. I have also written a number of books on various tech subjects. I also blog for The Huffington Post and for FHM. And I am honoured to be a Microsoft MVP since January 2008 - again this year as an Xbox MVP.
Previous articleWhy not have a Game of Thrones Picnic in the Park?
Next articleReview: PayDay 2 Crimewave Edition