Today EGX has announced that it has struck a multi-year deal to move to Birmingham’s NEC. Next year’s event will be the biggest EGX ever and takes place at the NEC from 24th to 27th September 2015. 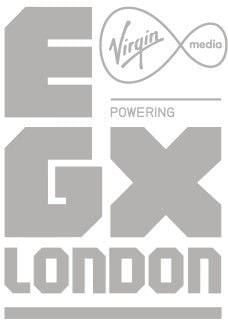 This announcement comes hot on the heels of the most successful event in EGX’s seven-year history that saw a record 75,000 attendees visit the show over its four days. The show featured over 100 unreleased videogames, presentations from some of the world’s most prestigious game developers and lots more.

EGX is also pleased to confirm that tickets for 2015 will remain frozen at this year’s prices and that it is already working with travel companies to deliver discounted train and coach packages for visitors to the show.

Furthermore, attendees will be able to take advantage of the host of new facilities and attractions currently being built on-site.  Opening in spring 2015 and part of the NEC campus, Resorts World Birmingham will be the UK’s first integrated destination leisure and entertainment complex, comprising of a four star hotel, restaurants and bars, multi-screen cinema and casino.

“EGX has experienced amazing growth during our four years at Earl’s Court,” commented co-founder and CEO of Gamer Network, Rupert Loman. “And while we are sad to leave, we see the move to the NEC not only as a real opportunity to continue its success, but also to evolve and improve the experience we offer both attendees and exhibitors.”

Gamer Network’s growth plans for EGX events have already begun with the recent announcement of a partnership between the acclaimed indie, PC and developer-focused show, EGX Rezzed and the prestigious BAFTA Games Awards.

EGX Rezzed will take place from 12th – 14th March, 2015 at London’s Tobacco Dock, with the BAFTA Games Awards will be held at the venue on the first evening. Tickets for EGX Rezzed go on sale tomorrow morning.

Chris Hare
A True Tech Geek at Heart, I Started my life of being a Tech Geek at the age of 5 with the BBC Micro. Went on through most of Nintendo stuff and now a Xbox and PlayStation fan. I also leaked the information about the leaked Hotmail passwords story from October 2009 that went World Wide. I Started writing tech articles at the beginning of 2011, most of my articles are about Android phones and Xbox One and PlayStation 4 and other gaming news. When Chris has free time its with the family.
Previous articleReview: Sherlock Holmes: Crimes and Punishments
Next articleSunset Overdrive Exclusive Interview with James Stevenson from Insomniac Games

An immersive experience: Picture this: a Japanese field cascaded in...
Read more
Reviews

The darkness is a scary place for a child. Shadows turn into monsters, and there is always something hiding, wanting to get you.
Read more
Gaming

Hide and Seek is supposed to be a gentle game, not anymore!
Read more
Gaming

Ocean’s Heart is the latest game by Max Mraz, which some people might know of thanks to Yarntown, a 2D hommage to Bloodborne.
Read more