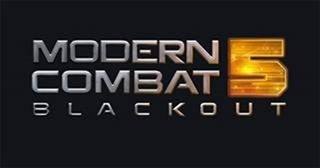 The story beings in Venice as protagonist Phoenix is sent on a special operation to secure WMDs from a well-armed terrorist group. Through the course of the action the plot then switches to Tokyo where Phoenix has to fight amidst total anarchy while trying to convince his allies to accept an uncomfortable secret. Navigate beautiful settings from both cities for an action-packed, thrilling ride.

Form squads with friends or other players and compete globally to test your individual and team skills in high powered 6 VS 6 multiplayer squad matches. Communicate using global and squad chat to plan your strategy and call in military support using multiplayer support packs.

Modern Combat 5: Blackout is out now and available to download from the App Store, Google Play and Windows Stores for £4.99.

Andrew Edneyhttps://moviesgamesandtech.com
I am the owner and editor of this site. I have been interested in gadgets and tech since I was a little kid. I have also written a number of books on various tech subjects. I also blog for The Huffington Post and for FHM. And I am honoured to be a Microsoft MVP since January 2008 - again this year as an Xbox MVP.
Previous articlePure Pool coming soon to PS4 and Steam
Next articleAKG launches 2014 AKG Inspired Awards