Not often enough does the opportunity to call a videogame ‘whimsical’ come about. Thankfully, Thomas Was Alone was released on the iPad giving me the perfect excuse to wax lyrical over its immense quantity of whimsy.For those tragically uneducated about Thomas and his loneliness, please allow me to summarise the game for you: Thomas Was Alone is a game that causes you to care about coloured quadrilaterals far more than you ever deemed previously possible, and then wraps them up in a nice package by throwing in some very satisfying puzzle platforming. Every single square or rectangle is a character you will grow to know… and in all likelihood love. It’s akin to eating a whole bag of Starburst where every new flavour you eat becomes your new favourite.
A vast majority of the plot revolves around Thomas, and his friends, coming to terms with their new surroundings, themselves, friendship, love, life, the universe, and everything. The entire game is narrated by Danny Wallace, who delivers both buttery warm feelings and comedic chuckles throughout.It’s an experience that remains unmatched in its execution. I can promise you after completing this game if I showed you a square piece of paper coloured orange that you will know their name, personal struggles, love interests, and favourite colour – that’s how beautifully crafted every character is in Thomas Was Alone.
You’ll smile, you’ll frown, you’ll smirk, you’ll gasp and cover your mouth, you may even literally laugh at loud – all to a wondrous and tranquil soundtrack. Your only true foe, aside from accidentally jumping into a pit of deadly toxic water or onto spikes, is The Pixel Cloud. Without wishing to spoil the main plot for you, I shall leave it at this: it is best avoided.It may seem as if I have focussed quite heavily on the story thus far, but don’t let that fool you into thinking the gameplay isn’t still worth talking about. It’s puzzle platforming in its purest form, but expertly tuned. You control several characters in each level, using a simple tap to swap between them, carefully placing each one in position so all of the friends can make it to their exit.

Every character has unique advantages within the level. John, for example, is long and tall with the ability to jump the highest. Whereas Claire, again for example, is a super hero and has the ability to float (unlike the others). These unique characteristics lead to the necessity of teamwork, with the band of friends having to help each other out if they’re all to make it out.

Thankfully the controls are simple and easy to use, as they should be. There’s really only four buttons: left, right, jump, and tap to switch character. Due to the basic nature of the platforming it means anything fiddly like a virtual d-pad is totally unnecessary. Which is absolutely welcome in my books, and makes Thomas Was Alone a brilliant port choice for the iPad.Do I need to say any more? What are you waiting for? Thomas is lonely. Go. Go now, free him from his life of loneliness. Free him and his friends to explore the world as only a two-dimensional rectangle can on your three-dimensional rectangular iPad.
Oh! Also, if you’re into that whole Twitter thing, you should consider following the creator Mike Bithell over there. To say he’s rather active on there would be to do his timeline a disservice.
Share
Facebook
Twitter 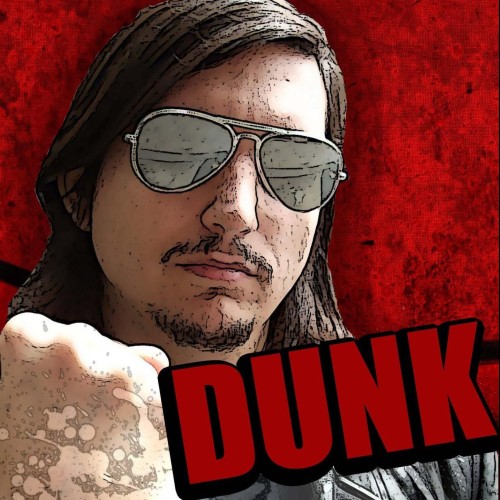 Duncan Aird
Duncan is a self-confessed Marmite lover, is extremely excitable under the simplest of circumstances, and has a borderline unhealthy obsession of the PAC-MAN franchise. He somehow has a Masters degree in journalism, which is certain to help keep him warm during long nights hunched over a bowl of Southern Fried Chicken Super Noodles. You can find him on Twitter as DunKology.
Previous article
Dark Souls II Lost Crowns DLC Trilogy
Next article
Borderlands : The Pre-Sequel Release Date Revealed

Review: Pathfinder Wrath of the Righteous

An arcade classic with a modern twist.
Gaming

If you are a TL;DR reader and make a...
Reviews

An unusual game with wicked swordplay.
Thomas Was Alone is a whimsical, colourful, narratively-rich game which is completely at home on the iPad. Smooth and simple controls, beautiful voice narration, and puzzle platforming that is sure to leave you feeling warm and fuzzy on the inside.Review: Thomas Was Alone (iPad)