I got a special sneak peak at Batman: Arkham Knight and then got to talk with Rocksteady about it. 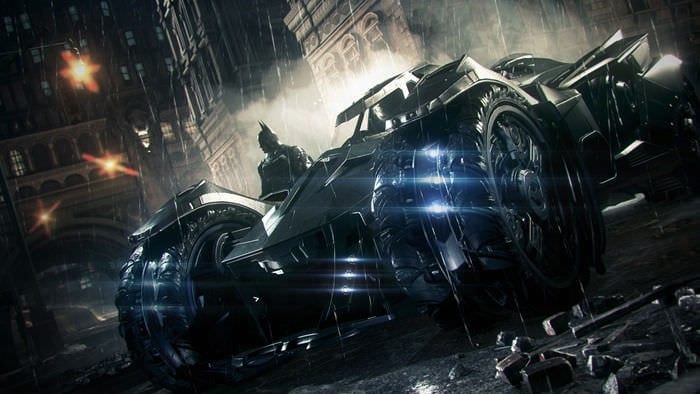 In the explosive finale to the Arkham series, Batman faces the ultimate threat against the city he is sworn to protect. The Scarecrow returns to unite an impressive roster of super villains, including Penguin, Two-Face and Harley Quinn, to destroy The Dark Knight forever. Batman: Arkham Knight introduces Rocksteady’s uniquely designed version of the Batmobile, which is drivable for the first time in the franchise. The addition of this legendary vehicle, combined with the acclaimed gameplay of the Batman Arkham series, offers gamers the ultimate and complete Batman experience as they tear through the streets and soar across the skyline of the entirety of Gotham City.

I spoke with Dax Ginn from Rocksteady about Arkham Knight, and what we can expect from it later this year. Over to Dax:

You can also see some new screenshots here – the game looks amazing, and you can read my first look here.

Batman: Arkham Knight will be released later in 2014 for the Xbox One, PlayStation 4 and PC.

Andrew Edneyhttps://moviesgamesandtech.com
I am the owner and editor of this site. I have been interested in gadgets and tech since I was a little kid. I have also written a number of books on various tech subjects. I also blog for The Huffington Post and for FHM. And I am honoured to be a Microsoft MVP since January 2008 - again this year as an Xbox MVP.
Previous articleFirst look screenshots for Batman Arkham Knight
Next articleEXSI Server on VMware Player Part 1 – The Installation