Sony has added a new mid-range smartphone to its Xperia line at this years MWC 2014, with the Xperia M2 is said to be the slimmest 4G smartphone in its class, measuring in at 8.6mm thick. 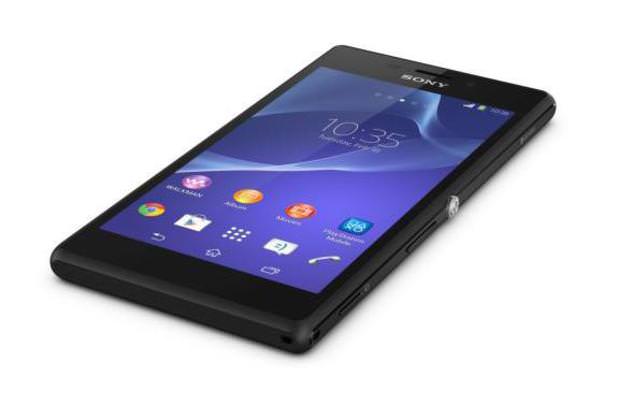 A rear 8MP Exmor RS camera is onboard, armed with autoscene recognition and HDR. A range of camera apps are pre-installed on the device including Social live, Timeshift burst and Picture Effect for live video broadcasting and sharing.

Sony is also offering three blockbuster movies to watch on the device and a 30-day free trial of its Music Unlimited service. The device will be available in a choice of black, white and purple colours from April 2014 globally.

“Xperia M2 is an ultra fast smartphone that offers brilliant specs and performance, reaching new audiences with a mid-range price. This is a great device for the customer looking for a smartphone that has it all,” Xperia marketing director Calum MacDougall said.

Chris Hare
A True Tech Geek at Heart, I Started my life of being a Tech Geek at the age of 5 with the BBC Micro. Went on through most of Nintendo stuff and now a Xbox and PlayStation fan. I also leaked the information about the leaked Hotmail passwords story from October 2009 that went World Wide. I Started writing tech articles at the beginning of 2011, most of my articles are about Android phones and Xbox One and PlayStation 4 and other gaming news. When Chris has free time its with the family.
Previous articleSony Reveals the Xperia Z2 at MWC 2014
Next articleSony announces the Xperia Z2 Tablet at this years MWC 2014

Stay out the Water and Watch the Maneater Launch Trailer!

Maneater, the open-water, action-RPG where you play...
Read more