TellTale Games has a great formula: get us hooked in an immersive dark story then yank the carpet from beneath us when everything gets interesting, the end of an episode, thus turning players into hungry fans desperate for their next fix. I can’t fault this. It works with great TV shows which can create community discussions about what we saw in our down time.

Episode 2 ‘Smoke and Mirrors’ continues from the cliffhanger ending and immediately ties up loose ends that we’ve waited a couple of months to resolve. Not everything is as it seems throwing our detective Bigby Wolf back into the grim and enchanting world of Fabletown as he continues his hunt for a serial killer. 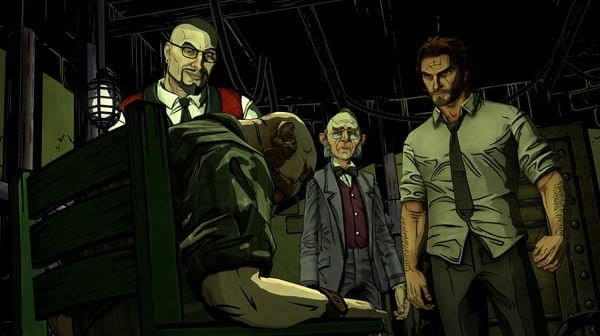 Your choices indeed carry over from the previous episode with characters remembering how you treated them previously. In episode 1 I might have been a little to rough with Mr. Toad in front of his young son meaning I had to do some grovelling to little TJ to further any enquiries. You’ll come across a few more characters from fables such as Georgie Porgie who runs the Pudding and Pie club as well as a development in the shady story between Beauty and Beast.

There is a lot less action than in the previous outing which makes you focus more on actually being a detective. From forcing information out of people, if that’s your play style, to examining a crime scene successfully The Wolf Among Us has shown us what a well rounded graphic adventure game can accomplish with sharp dialogue, developed characters and the opportunity to be a bad cop. 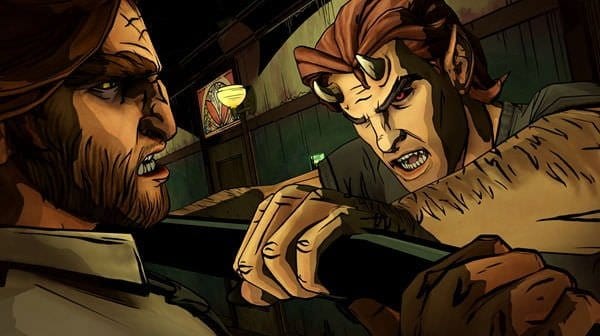 There was a genuine feeling of disgust with myself when I was thrown some tough decisions and it seemed the only way I’d get answers was to be ruthless. But I applaud Telltale for throwing me into this dark hole where I had to forget about the real world and think what would be best for the situation. Although the story didn’t progress as much as I thought it would I’m left with some harrowing choices that’ll loom over my head until the next episode, and this wait will eventually eat me up until I can find solace in resolving this case.

The only fault I came across was the Xbox’s bookended videos that show catch up and coming soon clips being really slow. Showing us our own personalised choices in videos took several seconds in between each clip but seeing as it doesn’t affect the actual gameplay I can’t complain.

We look forward to yet another conclusion to a new cliffhanger.