HTC Announces the HTC One Mini (Updated With Price)

Today HTC introduced the HTC One Mini, it is a 4.3 inch version of the HTC One. The main design and onboard software remains unchanged, but for HTC One Mini it had to downgrade a few things that was on the main HTC One.

HTC One Mini has a 1.4GHz dual-core processor (Snapdragon 400), 1GB of RAM, 16GB of non-expandable storage, and with the loss of NFC and optical image stabilization for the camera. Also the HTC has cut the IR blaster that was in the HTC One that is also gone. 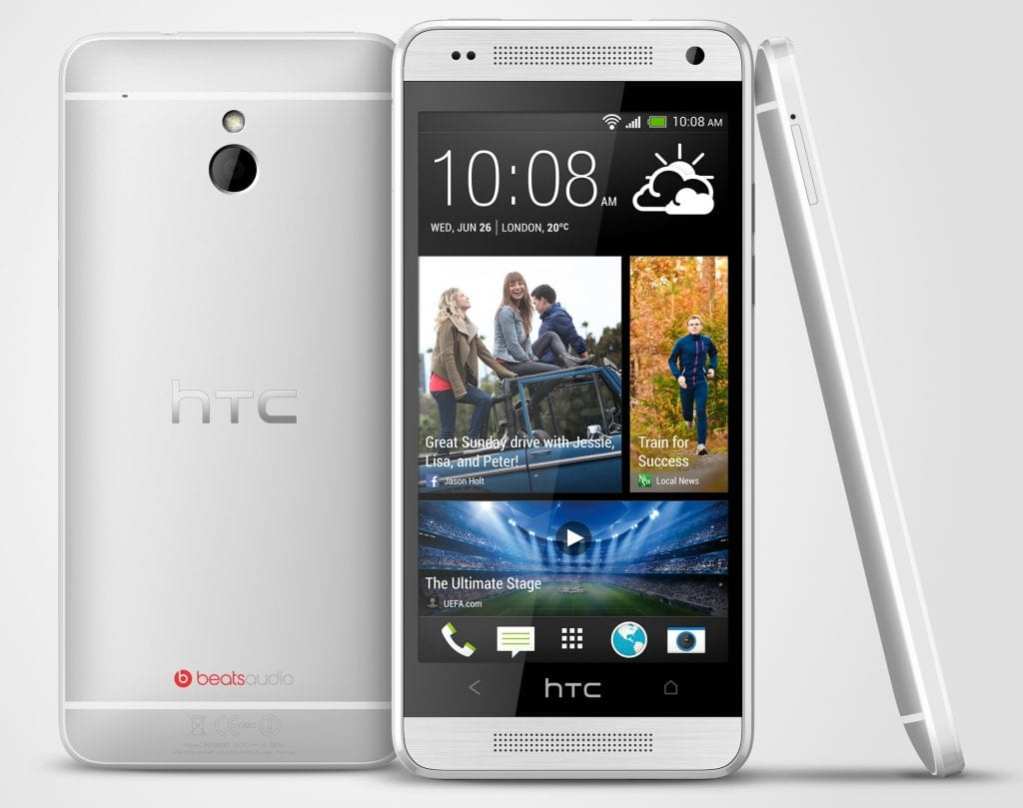 The 720p Super LCD display on the HTC One Mini with a pixel density at 341ppi. The HTC One Mini will come with Android 4.2.2 out of the box, running Sense 5.0. Notably, it features the same excellent 4MP UltraPixel camera in the back with BSI, f/2.0, 1/3-inch sensor

The BoomSound, via a pair of two front mounted speakers, is still on the HTC One mini, as is the UltraPixel camera sensor. LTE band support with the HTC One Mini will also be identical to the original HTC One.

No Specific carriers, in the US or elsewhere, have not yet been announced yet, however HTC aims to roll out the One Mini around the world starting in August. Two Colours will be available at launch, silver and black, and the first countries to get it in Europe will be the “key markets” of Germany and the UK.

HTC One Mini specs include:

The online retailer Mobile fun will be stocking both the silver and black versions of the HTC One mini SIM-free for £379.99. With stock is listed as arriving some time in August.

Chris Hare
A True Tech Geek at Heart, I Started my life of being a Tech Geek at the age of 5 with the BBC Micro. Went on through most of Nintendo stuff and now a Xbox and PlayStation fan. I also leaked the information about the leaked Hotmail passwords story from October 2009 that went World Wide. I Started writing tech articles at the beginning of 2011, most of my articles are about Android phones and Xbox One and PlayStation 4 and other gaming news. When Chris has free time its with the family.
Previous articleThe Making of Flashback
Next articleCan you “Become what they most fear” in the New Splinter Cell – Blacklist Trailer