Windows 8.1 to allow to boot to Desktop

Microsoft’s Windows 8.1 update will reportedly allow users to boot straight to their desktops. The Verge quotes inside sources claiming that the operating system upgrade will enable users to drop the controversial tiled interface in favour of the traditional load-up screen. 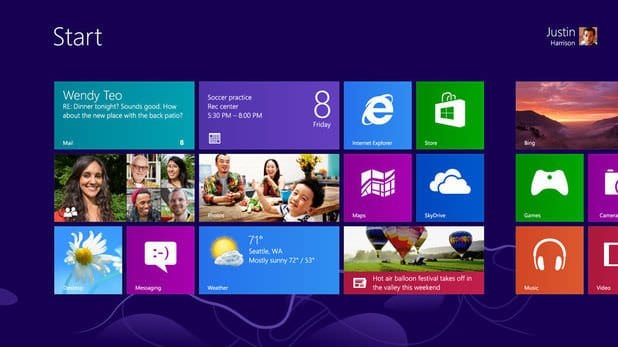 Leaked builds of the operating system – codenamed Windows Blue – suggest that users will also be able to resize the titles to create smaller icons and run two apps at once in split-screen mode.

The PC market went through its steepest decline in recent years during the first three months of 2013, with users’ reluctance to adopt Windows 8 cited as a contributing factor. Windows 8.1 is expected to be formally announced at Microsoft’s Build developer conference in June.

Chris Hare
A True Tech Geek at Heart, I Started my life of being a Tech Geek at the age of 5 with the BBC Micro. Went on through most of Nintendo stuff and now a Xbox and PlayStation fan. I also leaked the information about the leaked Hotmail passwords story from October 2009 that went World Wide. I Started writing tech articles at the beginning of 2011, most of my articles are about Android phones and Xbox One and PlayStation 4 and other gaming news. When Chris has free time its with the family.
Previous articleMichelin, CoolBeans & Random House Mondadori Coming to the Galaxy S4
Next articleSamsung Galaxy S4 Accessories Unveiled by Anymode

In 2019 the Philip K. Dick estate approached The Folio...
News

BluOS, the premium multi-room music management platform by Lenbrook International, has announced a number of enhancements that will come with today’s release of version 3.14.