Deep Silver released a new trailer for the highly anticipated action game “KILLER IS DEAD” from KADOKAWA GAMES, LTD., to be released on the PlayStation 3 and Xbox 360.

Following “LOLLIPOP CHAINSAW,” KADOKAWA GAMES has been working together with GRASSHOPPER MANUFACTURE INC. and executive director SUDA51 on development for this title.

And here is the new trailer: 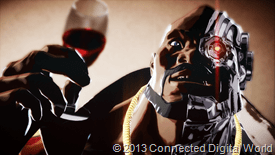 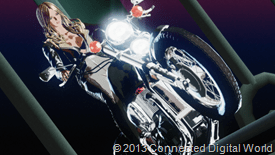 “KILLER IS DEAD” is set in a not-so-distant future similar to (but not the same as) the world we know now. The player takes control of an executioner named Mondo Zappa who wields a Japanese sword in his right hand and brandishes interchangeable weapons in his left artificial arm. His ultimate goal is to execute various heinous criminals scattered around the world and beyond.

Completely unique visuals and outstanding stylish action come together to deliver an unprecedented gaming experience in “KILLER IS DEAD.” This brand-new action title is being jointly developed by KADOKAWA GAMES and GRASSHOPPER MANUFACTURE, with SUDA51 lending his trademark sense of style at the helm. It will be available worldwide in summer 2013.

Visit the Official Site at www.loveandkill.com

Andrew Edneyhttps://moviesgamesandtech.com
I am the owner and editor of this site. I have been interested in gadgets and tech since I was a little kid. I have also written a number of books on various tech subjects. I also blog for The Huffington Post and for FHM. And I am honoured to be a Microsoft MVP since January 2008 - again this year as an Xbox MVP.
Previous articleArmy of TWO The Devil’s Cartel “Army of Burri-Two” Challenge
Next articleDeep Silver releases brand new KILLER IS DEAD screenshots