Scott Pilgrim vs. the World: The Game gets new DLC 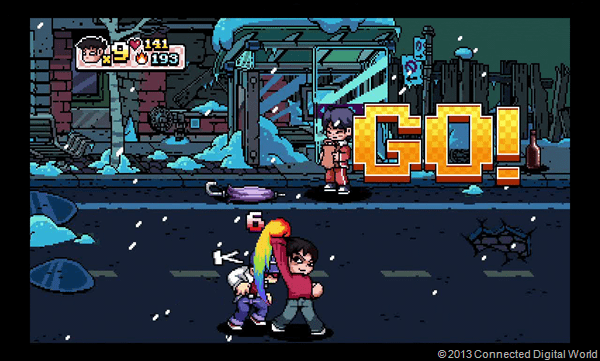 The fight between Scott Pilgrim and Ramona’s evil exes continues today as his roommate Wallace Wells joins the roster of playable characters in Scott Pilgrim vs. The World: The Game in a new downloadable content pack.

Along with a new character, the DLC pack includes online multiplayer allowing friends to tackle the popular downloadable title together. The new DLC pack for Scott Pilgrim vs. The World: The Game is now available on the PlayStation Network for £3.99 and will be available on March 13 for 400 Microsoft Points via the Xbox LIVE online entertainment network for Xbox 360. 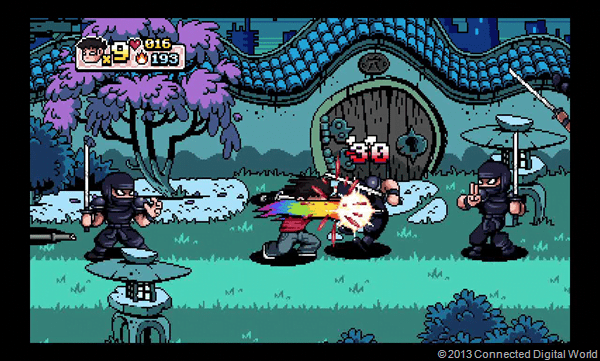 Scott Pilgrim vs. The World: The Game brings the award-winning graphic novels series created by Bryan Lee O’Malley to life on the Xbox 360 video game and entertainment system from Microsoft and PlayStation 3 computer entertainment system. Originally released in 2010, Scott Pilgrim vs. The World: The Game is a four-player action game that features playable characters from the cast – including Scott Pilgrim, Ramona Flowers, Kim Pines and Stephen Stills. The game and new downloadable multiplayer content are available on Xbox LIVE and PlayStation® Network, along with additional downloadable content that adds Knives Chau as a playable character and two new modes.  For a limited time, PlayStation PLUS members receive 20% off for 2 weeks between March 12, 2013 – March 26, 2013 on the multiplayer DLC and the updated Ultimate Edition.

For more information on Scott Pilgrim vs. The World: The Game, please visit: http://www.ubi.com/UK/Games/Info.aspx?pId=8919

Andrew Edneyhttps://moviesgamesandtech.com
I am the owner and editor of this site. I have been interested in gadgets and tech since I was a little kid. I have also written a number of books on various tech subjects. I also blog for The Huffington Post and for FHM. And I am honoured to be a Microsoft MVP since January 2008 - again this year as an Xbox MVP.
Previous articleDVBLogic, 08Software Team Up to Offer Live iOS TV Streaming
Next articleSTAR TREK The Video Game introduces T’Mar