Elder Scrolls V: Skyrim DLC has been dated for Europe on the PS3.

The content will only be available in English-speaking territories at first,  with French, Italian, German and Spanish availability to be announced at a later  date. 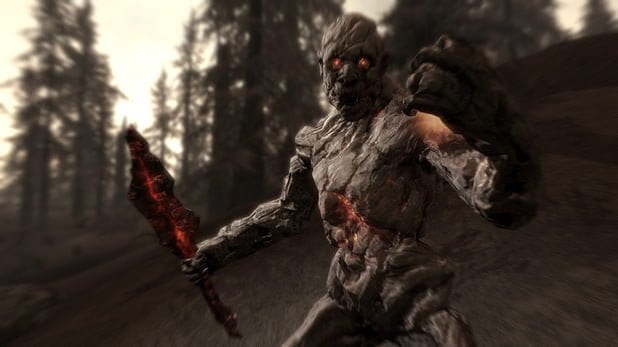 The much-delayed Skyrim expansions will be available at  half price during their respective launch weeks.

The release of  ‘Dragonborn’, meanwhile, will be preceded by the 1.8 update, which makes memory  and stability improvements, as well as fixing certain bugs.

Bethesda confirmed PS3 DLC support late last year, after previously admitting that it was  unsure if the expansions would ever launch on a Sony device.

The expansion sees players travel to Solstheim, an island  known for its snowy climate and mines, which is located east of  Skyrim.

The DLC features upwards  of 30 hours of gameplay, additional Achievements and a separate map the size  of The Reach.

Chris Hare
A True Tech Geek at Heart, I Started my life of being a Tech Geek at the age of 5 with the BBC Micro. Went on through most of Nintendo stuff and now a Xbox and PlayStation fan. I also leaked the information about the leaked Hotmail passwords story from October 2009 that went World Wide. I Started writing tech articles at the beginning of 2011, most of my articles are about Android phones and Xbox One and PlayStation 4 and other gaming news. When Chris has free time its with the family.
Previous articleEE to stream the EE BAFTAs 360° Red Carpet Show live for you to control
Next articleL.A. Noire Gag Reel Shows Crew Fluffing Lines in Game – Video