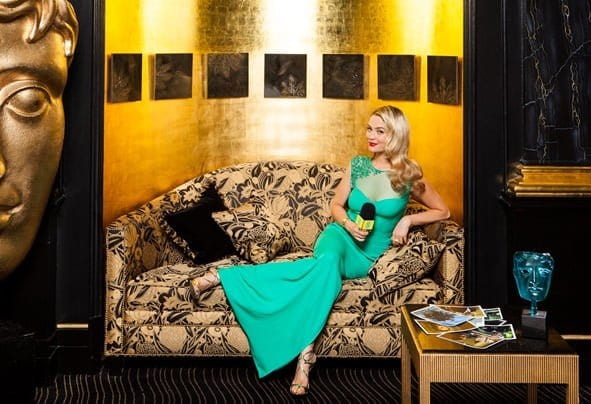 EE, the title sponsor of the EE British Academy Film Awards and the provider of Britain’s first superfast 4G network, today announced that it will be streaming the ‘EE BAFTAs 360° Red Carpet Show’ live from the ceremony using multi-camera, cutting edge, 360° technology. Film lovers watching the show will be offered the chance to virtually mingle with the stars on the BAFTA Film Awards red carpet in a way they have never been able to before.

Viewers will be able to toggle between each camera in real time, controlling the action by panning up down, left and right in full 360°, putting them in the director’s chair for what is one the film world’s most star studded evenings. A highlights edit of the show will be released on Monday 11 February.

Within the EE Film app for iOs and Android, the 360° video player will use the device’s inbuilt gyroscopic controls to let viewers literally turn themselves and their device to look to their left, right and even behind themselves, as if they are on the red carpet in person.

On facebook.com/EE viewers will be able to experience the stream in full 360°, switch between the four camera streams, as well as interacting and discussing the show in real time.

The ‘EE BAFTA 360° Red Carpet Show’ follows on from the star turn made in 2012 by self-proclaimed “international star, role model and diva,” Miss Piggy who anchored an online show for sister brand Orange, interviewing the likes of Daniel Radcliffe, Michael Fassbender, Jessica Chastain, Gary Oldman and Octavia Spencer amongst many more, before EE took over title sponsorship for the 2013 ceremony.

Presenter Laura Whitmore will be anchoring the show from Camera One, directly outside the Royal Opera House, where she will be interviewing leading stars of the film world, including nominated actors, actresses and directors from the year’s biggest blockbusters including Life of Pi, Lincoln, Argo, Django Unchained, Skyfall and Les Misérables.

Andrew Edneyhttps://moviesgamesandtech.com
I am the owner and editor of this site. I have been interested in gadgets and tech since I was a little kid. I have also written a number of books on various tech subjects. I also blog for The Huffington Post and for FHM. And I am honoured to be a Microsoft MVP since January 2008 - again this year as an Xbox MVP.
Previous articleAmazon Kindle app for Windows Phone 8 updated to version 2.0.0.2
Next articleSkyrim PS3 DLC dated for Europe, Dragonborn debuts on February 13

If technology such as gadgets and gaming comprise a large part of your family life, then this is the guide for you. Compiling some of the best and most fun ideas for tech-loving families, it will make sure that never a day goes past without enjoying all that technology has to offer or without bringing a smile to your family’s faces.
Digital Home

Love Yourself is a premium food delivery service, freshly prepared by a Michelin trained chef and delivered to your door. We give the service a go!