Episode 5 of The Walking Dead game from TellTale Games, entitled No Time Left will be released next week, and they have released a screenshot. 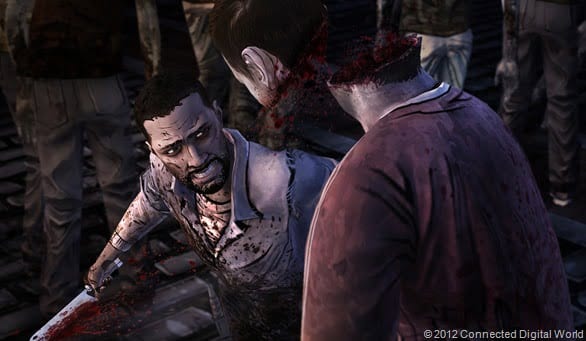 Based on Robert Kirkman’s award-winning comic book series, The Walking Dead is about a world devastated by an undead apocalypse and the horrifying choices you’re forced to make to survive.

Episode 5 concludes the story and continues where we left it in Episode 4.

The Walking Dead: Episode Five – No Time Left will be launching on PlayStation Network in North America on Tuesday November 20th and Wednesday November 21st on PlayStation Network (EU), Xbox LIVE Marketplace, PC and Mac via the Telltale Online Store and digital distribution partners such as Steam, and also for compatible iOS devices as the final piece of downloadable content from within the ‘Walking Dead: The Game’ app, available on the App Store.

Have you played The Walking Dead yet? If so, tell us what you think of it.

Check out our preview of Episode 1 for the iPad.

Andrew Edneyhttps://moviesgamesandtech.com
I am the owner and editor of this site. I have been interested in gadgets and tech since I was a little kid. I have also written a number of books on various tech subjects. I also blog for The Huffington Post and for FHM. And I am honoured to be a Microsoft MVP since January 2008 - again this year as an Xbox MVP.
Previous articleUbisoft releases ZombiU online webcomic
Next articleReview of the Scan Value V15 PC bundle