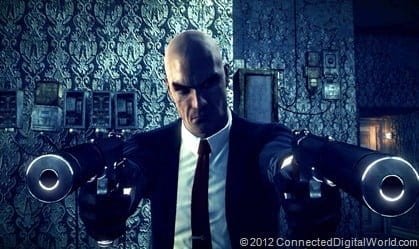 “INTRODUCING: THE ULTIMATE ASSASSIN”, the stunning conclusion to the seven part INTRODUCING series. Do you have what it takes to walk in the shoes of Agent 47? Fearless, deadly and unstoppable – the Original Assassin is back!

Hitman: Absolution is scheduled for release across North America, Europe and PAL territories on November 20, 2012 for the PlayStation 3, Xbox 360 and Windows PC.

Are you getting Hitman: Absolution? If so let us know by leaving a comment below.

Andrew Edneyhttps://moviesgamesandtech.com
I am the owner and editor of this site. I have been interested in gadgets and tech since I was a little kid. I have also written a number of books on various tech subjects. I also blog for The Huffington Post and for FHM. And I am honoured to be a Microsoft MVP since January 2008 - again this year as an Xbox MVP.
Previous articleBorderlands 2 coming this month to the Mac
Next articleReview of the Samsung SSD 840 PRO