BradyGames, masters of the official strategy guide, have launched its Official Strategy Guide for Blizzard Entertainment’s Mists of Pandaria and we have two copies to give away! 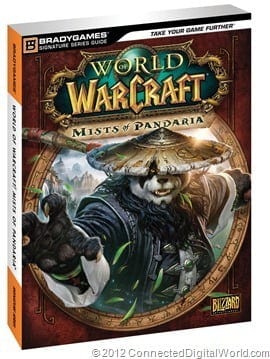 Spread across 400 lavishly designed pages, the Official World of Warcraft: Mists of Pandaria Strategy Guide represents one of BradyGames’ biggest strategy guides to date, offering beginner-friendly gaming knowledge to ease new players into the land of Pandaria, while providing exhaustive insight into every aspect of the game for master players.

What do you have to do to win?

Well, we have two copies of the guide to give away, and all you have to do is to leave a comment below telling us a little about your character in WoW. Simple, eh?

The giveaway runs until the 13th October, so good luck!

And a big thank you to Lunch for the prizes.

Our usual competition t’s and c’s apply, and this one is only open to those in the UK – sorry to everyone else, we will be running some other cool giveaways over the next few weeks for you!

Andrew Edneyhttps://moviesgamesandtech.com
I am the owner and editor of this site. I have been interested in gadgets and tech since I was a little kid. I have also written a number of books on various tech subjects. I also blog for The Huffington Post and for FHM. And I am honoured to be a Microsoft MVP since January 2008 - again this year as an Xbox MVP.
Previous articleD-Link Introduces Latest PowerLine Solution
Next articleHalo 4: Forward Unto Dawn part 2 released