A night playing the new Rocksmith game from Ubisoft – it’s like Guitar Hero, but for real! 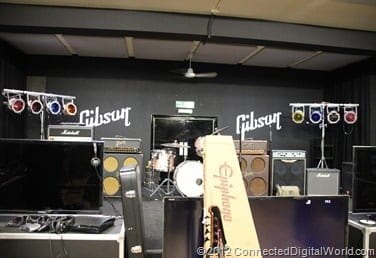 This is how Ubisoft describe the game:

Rocksmith is the first and only game that you can plug into any real guitar or bass.

Nothing plastic, nothing fake, just the most authentic and complete guitar experience in music gaming. By plugging into your console, you’ll develop real skills and real styles while playing absolutely real music.

Featuring gameplay that automatically adjusts to your personal ability, Rocksmith’s innovative game design makes playing music visually intuitive and will engage experienced musicians as well as those who have never picked up a guitar in their lives.

Unlock mini-games to hone specific skills. You’ll also be able to choose from a large catalog of songs in different styles. You’ll experience it all with an honest-to-goodness guitar or bass. Nothing compares to playing a real instrument. Except playing Rocksmith.

In order to use a real guitar, you get a lead that you connect up to both the guitar and the console. This lead is a unique 1/4″-to-USB cable –the first of its kind – and allows users to plug any real guitar or bass with a 1/4″ output jack directly into their Xbox 360, PS3 or PC. Developed exclusively for Rocksmith, this guitar converts the guitar’s signal from analogue to digital and allows it to be recognised by your console. 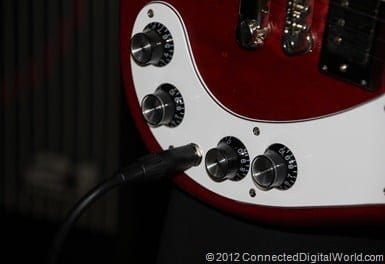 And here is Claire showing us how to play the game. 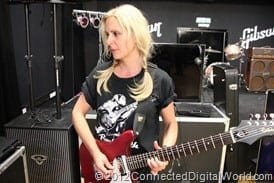 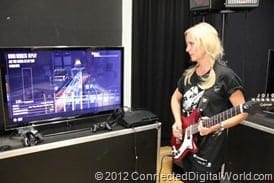 And here is a video that shows it all a lot better:

I had a lot of fun playing Rocksmith, even if I wasn’t very good. But as Claire said, playing the game actually gets you better at playing the guitar, so I hope after lots of game playing I will be better – we shall just have to wait and see.

If you are a fan of Guitar Hero and you want to do it for real, then Rocksmith is the game for you.

Rocksmith is released on the 27th September for the Xbox 360 and PlayStation 3, and on 18th October for the PC (yes, there is a PC version).

If you want to see what the game looks like on screen, here are some images: 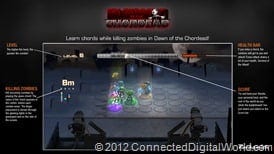 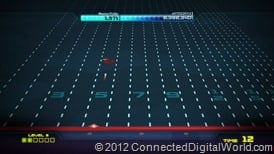 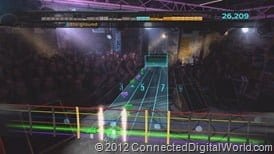 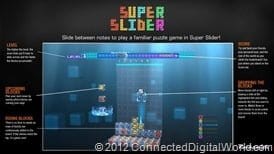 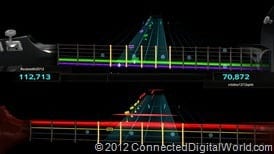 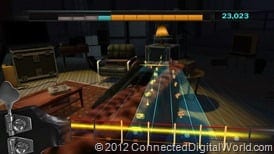 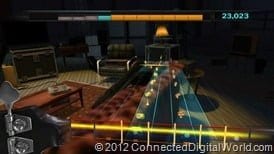 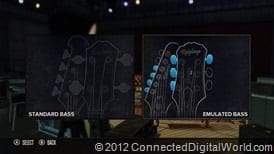 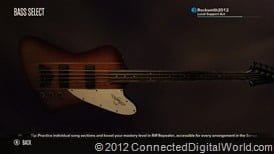 So is this something you might be interesting in playing? Let us know by leaving a comment below.

Andrew Edneyhttps://moviesgamesandtech.com
I am the owner and editor of this site. I have been interested in gadgets and tech since I was a little kid. I have also written a number of books on various tech subjects. I also blog for The Huffington Post and for FHM. And I am honoured to be a Microsoft MVP since January 2008 - again this year as an Xbox MVP.
Previous articleApple announces 12th September event – is it for the iPhone 5?
Next articleBad Piggies are coming – watch out Angry Birds