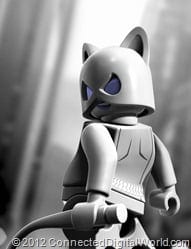 Available for purchase beginning today at £1.36 each on Xbox Live and PlayStation Network, the Heroes and the Villains DLC packs unlock exciting new sets of characters to play in Freeplay mode.
Heroes Pack DLC:

LEGO Batman 2: DC Super Heroes is the perfect way to bring the blockbuster Batman franchise home for the entire family to enjoy together! Now available in stores everywhere, LEGO Batman 2: DC Super Heroes introduces an original LEGO adventure filled with action and humor as gamers of all ages explore, solve puzzles and help put an end to the evil plans of the notorious villains Lex Luthor and The Joker.

Have you played LEGO Batman 2? Have you got the DLC packs? Let us know what you think of the game by leaving a comment below.

Andrew Edneyhttps://moviesgamesandtech.com
I am the owner and editor of this site. I have been interested in gadgets and tech since I was a little kid. I have also written a number of books on various tech subjects. I also blog for The Huffington Post and for FHM. And I am honoured to be a Microsoft MVP since January 2008 - again this year as an Xbox MVP.
Previous articleNetflix “Just for Kids” Arrives on Xbox 360
Next articleBigpoint’s Battlestar Galactica Online Gains Power from Allegorithmic’s Substance