The doubleTwist player app for Android has been updated to version 1.7.3 bringing with it a number of fixes and support for Google Music. 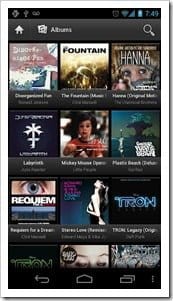 This is how the app is described:

Are you tired of using multiple apps for things that your iPod could do out of the box?

Download doubleTwist Player and get the best all-in-one music, podcast, radio, video & sync app:
♬ Sync music (including iTunes playlists) to your phone from your Mac/PC over USB or AirSync over WiFi.
♬ Download legal, high-quality album artwork for your music.
♬ Smart Playlists for easy access to your Top Rated and Most Played songs.
♬ Subscribe to podcasts without needing a Mac/PC and get new episodes downloaded automatically over 3G or WiFi.
♬ Stream music, videos and photos to devices such as Xbox, PS3, Sonos, and Apple TV (black model; AirPort Express not yet supported).

Andrew Edneyhttps://moviesgamesandtech.com
I am the owner and editor of this site. I have been interested in gadgets and tech since I was a little kid. I have also written a number of books on various tech subjects. I also blog for The Huffington Post and for FHM. And I am honoured to be a Microsoft MVP since January 2008 - again this year as an Xbox MVP.
Previous articleUpdate to Plex Server adds DLNA and Windows Phone support
Next articleThe Home Server Show Episode 177 Out Now

Blaze Entertainment is delighted to announce another brand new...
News

PlayStation vs Xbox Which Console is the Dirtiest

Ever since Microsoft entered the gaming market in 2001,...
Gadgets