If you like first person shooters and you have an Android device, you might want to check out Modern Combat 3: Fallen Nation from Gameloft. 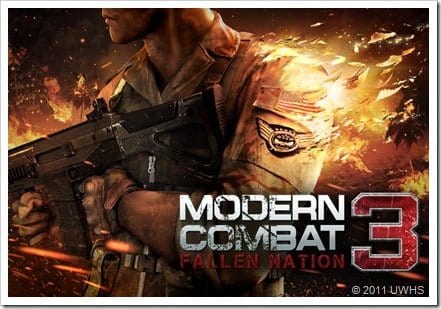 With more intensity, adrenaline and a war which sees an apocalyptic battle for US freedom balance on a knife’s edge, Modern Combat 3: Fallen Nation is the most realistic First Person Shooter experience for your smartphone or tablet device. Featuring a 13-mission campaign which sees you travel from Los Angeles to Pakistan, and 12-player multiplayer across 6 maps and 7 game modes, with players ranks, weapon customisations, kill signatures & much more all thrown into the mix. 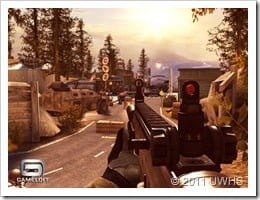 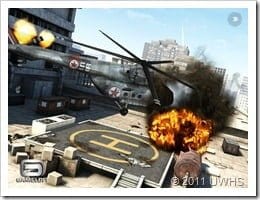 Modern Combat 3: Fallen Nation is available for £4.99 from the Android Market.

Andrew Edneyhttps://moviesgamesandtech.com
I am the owner and editor of this site. I have been interested in gadgets and tech since I was a little kid. I have also written a number of books on various tech subjects. I also blog for The Huffington Post and for FHM. And I am honoured to be a Microsoft MVP since January 2008 - again this year as an Xbox MVP.
Previous articleWHS Add-in Update: CloudBerry Backup Updated to Version 2.6
Next articleNokia Lumia 800 Battery Bug Fix Coming Soon