Kinect for Windows Coming in 2012

Last night Microsoft posted an interesting article on their MSDN site about Kinect for Windows. 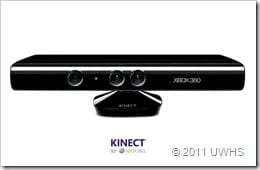 This is what Microsoft posted:

Since announcing a few weeks ago that the Kinect for Windows commercial program will launch in early 2012, we’ve been asked whether there will also be new Kinect hardware especially for Windows. The answer is yes; building on the existing Kinect for Xbox 360 device, we have optimized certain hardware components and made firmware adjustments which better enable PC-centric scenarios. Coupled with the numerous upgrades and improvements our team is making to the Software Development Kit (SDK) and runtime, the new hardware delivers features and functionality that Windows developers and Microsoft customers have been asking for.

Simple changes include shortening the USB cable to ensure reliability across a broad range of computers and the inclusion of a small dongle to improve coexistence with other USB peripherals. Of particular interest to developers will be the new firmware which enables the depth camera to see objects as close as 50 centimeters in front of the device without losing accuracy or precision, with graceful degradation down to 40 centimeters. “Near Mode” will enable a whole new class of “close up” applications, beyond the living room scenarios for Kinect for Xbox 360. This is one of the most requested features from the many developers and companies participating in our Kinect for Windows pilot program and folks commenting on our forums, and we’re pleased to deliver this, and more, at launch.

Another thing we’ve heard from our pilot customers is that companies exploring commercial uses of Kinect want to operate with the assurance of support and future innovation from Microsoft. As part of Microsoft’s deep commitment to NUI, we designed the Kinect for Windows commercial program to give licensed customers access to ongoing updates in both speech and human tracking (where Microsoft has been investing for years), in addition to providing fully supported Kinect hardware for Windows. We’ve been captivated by the countless creative ways companies worldwide envision how their businesses and industries can be revolutionized with Kinect, and are proud to be helping those companies to explore the profound implications NUI has for the future.

Microsoft also has just launched a new initiative, the Kinect Accelerator incubation project run by Microsoft BizSpark. I will be serving as a Mentor for this program, along with a number of other folks from Microsoft. BizSpark helps software startups through access to Microsoft software development tools, connection to key industry players (including investors) and by providing marketing visibility. The Kinect Accelerator will give 10 tech-oriented companies using Kinect (on either Windows or Xbox360) an investment of $20,000 each, plus a number of other great perks. Applications are being accepted now through January 25th, 2012. At the end of the program, each company will have an opportunity to present at an Investor Demo Day to angel investors, venture capitalists, Microsoft executives (including me), media and industry influentials. I can’t wait to see what they (and maybe you?) come up with!

This sounds really exciting – more news when we get it!

Andrew Edneyhttps://moviesgamesandtech.com
I am the owner and editor of this site. I have been interested in gadgets and tech since I was a little kid. I have also written a number of books on various tech subjects. I also blog for The Huffington Post and for FHM. And I am honoured to be a Microsoft MVP since January 2008 - again this year as an Xbox MVP.
Previous articleZOTAC announces GeForce GTS 450 ZONE Edition Graphics Card
Next articleWHS V1 Add-In Update: AdminiMe 2012