The good team at Division-M Tweeted the news tonight.  Read on for screen shots. 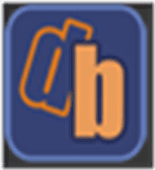 First, some background on Drive Bender:

Drive Bender is state of the art, single point storage pool technology for Microsoft Windows. Drive Bender presents multiple hard drives as a single pool of data storage, either as one or more drive letters, or a network shared drive. Drive Bender is able to do this with any drive recognised by Windows, including external drive such as USB, Firewire etc.

Drive Bender also offers a merge capability, allowing users to take a drive that contains data, and merge that drive (and data) into the pool. In addition there is also a drive conversion feature. This can take and existing drive letter (mounted against a physical drive) and convert this into a pooled drive. Once completed, new hard drives can be added to expand the once fixed drive.

To further ensure data safety, Drive Bender can automatically duplicate any file added to a Drive Bender pool. File duplication is determined at the folder level and occurs on the fly as data is being written to the pool. More importantly, files are only duplicated across physical drives ensuring maximum safety and data redundancy.

One of the key Drive Bender features is its non-destructive file system technology. In short, this means that all drives within a Drive Bender pool are utilizing standard NTFS format and file structures. This is to such an extent that a drive can be pulled from the pool and read on any machine capable of reading an NTFS formatted drive. More over, drives attached to the pool are not modified in anyway. If a drive is added (not merged) that contains existing data, that data will remain untouched.

Because of our non-destructive file system, taking Drive Bender for a test drive is easy. Simply specify the drives to be included in the pool, and you are ready go. The drives are not formatted, the only change made is the addition of a folder that holds the contents of the pool.

Drive Bender employs existing, proven kernel mode file system technology. Having spent many years developing kernel mode drivers, we are able to use this experience to great extent. The end result is a product whose performance will closely match that of the underlying drive.

Early in 2010 we prototyped a Drive Extender style application with the view of releasing a product that would work with all versions of Microsoft Windows. However soon thereafter, Microsoft announced Vail (a new version of Windows Home Server) and a small business server product, codename Aurora, both of which contain their Drive Extender technology. Give this, and the possibility that Drive Extend may well make its way to other Microsoft platforms, we shelved the project.

In late 2010 Microsoft announced that they would be dropping Drive Extender from all their products (including WHS 2011), leaving the door open for Division-M to resurrect the Drive Bender project!

Some exciting news… release candidate 1 (v1.2.0.0) is in final internal testing. Come rain hail or shine, it will land on Tue, October 4.

Now for some screen shots! 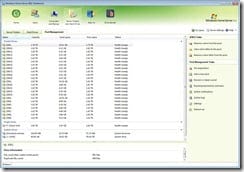 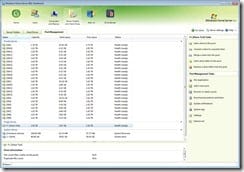 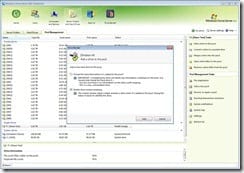 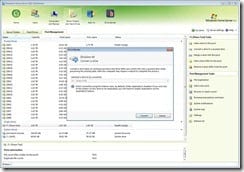 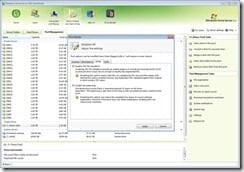 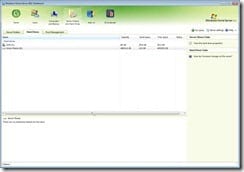 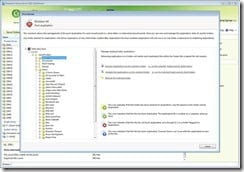 I look forward to the RC being released so I can test it out.  This looks like a great application!